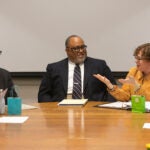 An insider’s guide to the life academic

Though the first Diversity Dialogue for the year, held Monday in Lowell Lecture Hall, carried the provocative title “Mental Health and Ethnicity,” the discussion spoke to everyone who has ever felt alone in a struggle with depression or other mental health issues — or even just in coping with modern society.

“You don’t have to be a person of color to be invalidated,” said Tracy Robinson-Wood, a professor in Northeastern’s Department of Counseling and Applied Educational Psychology.

Kristin Lee, a clinical social worker and an associate teaching professor at Northeastern, cited some troubling trends that indicate a “global mental health crisis,” including high rates of suicide, depression, and anxiety, and she encouraged attendees to consider social context and “the social conditions that are bearing down on us.”

Macroaggressions may be easy to see, she said, but for many people, microaggressions hurt, too. Defined by Harvard psychiatrists as “brief and commonplace daily verbal, behavioral, or environmental indignities, whether intentional or unintentional, that communicate hostile, derogatory, or negative racial slights and insults toward people of color,” microaggressions contribute to an onslaught of injuries to the psyche that may seem unrelenting and can result in everything from depression, fatigue, and anger to physical ailments such as chronic infections, thyroid problems, and high blood pressure.

“Often, environments or people who are microaggressing are so subtle,” said Robinson-Wood, “steeped within … the dominant values in our culture of capitalism [and] patriarchy.”

Lee gave the example of the ink-blot Rorschach test — considered a pseudoscience by many but still being used today. In 1921, she said, the Swiss psychologist Hermann Rorschach got the “notion that he could use this as a tool for diagnosis. But who got to decide? If he sees a cat in that picture, who got to decide if you see a dog, you’re messed up?” It’s a classic example, she said, of the “dominant group setting the precedent.”

Both women suggested ways to protect people who may be experiencing the fallout of the “thousand little cuts” that assail us daily.

First, said Lee, we need to reframe the discussion. “I’m a person with depression or I’m bipolar” are classic old-school framings, she said. “In fact we are all as human beings likely to vacillate in and out of episodes throughout our lifetime, and one way we can put it is this is not a mental health condition, but the human condition.” We also need to prioritize self-care. “Engage on a daily basis in self-compassion,” she said, “quieting that toxic inner critic, rethinking what you’ve been told about your so-called suffering or your so-called weaknesses.”

Other strategies include asking for help and for what you need and want, giving help, exercising, and taking up a meditative practice such as singing, knitting, or simply playing. “Cultivate joy,” Lee said. Of course, that’s easier said than done, particularly in an age when so many people report feeling lonely or isolated. Lee pointed out that researchers have found loneliness is as lethal as smoking, and had a recommendation for assuaging it: “Community,” she said. “Community is where we heal, where we come to unlearn [some of the things we’re taught about ourselves], and relearn, and where safety is created.”

Surrounding yourself with supportive people is also crucial, and can be especially difficult among minorities who feel they “have to be strong for their community [and] step up,” as moderator Renée Graham, a Boston Globe columnist and editor, put it. She recounted the time she mentioned to a friend that she was considering seeking therapy after her father’s death, and the friend’s response was, “Rosa Parks didn’t need therapy, why do you need it?”

“I didn’t go,” said Graham, “and I should have. But the message was that you’re being weak, this is not what black people do, you don’t go out and put your business in the street. There’s a huge stigma, and not just in black communities. I’ve heard of it in Muslim and Latinx communities too.”

“Engage on a daily basis in self-compassion, quieting that toxic inner critic, rethinking what you’ve been told about your so-called suffering or your so-called weaknesses.”
— Kristin Lee, Northeastern

“I see it a lot with my Asian students as well,” said Lee, mentioning that the idea that “you’re going to become the thing you’re most afraid of” may be at play in such reactions. “It also could have raised that person’s vulnerability themselves,” she said. “If you need it, what does that mean for me?”

Graham also mentioned the Drake song “Two Birds, One Stone,” in which the rapper criticizes fellow artist Kid Cudi for stating he was getting help with his depression. It ends with the line, “Is you crazy?”

That kind of “internalized racism,” which people of color sometimes “swallow whole,” said Robinson-Wood, is in part due to a “system that doesn’t allow us to name that or to insist that this is a place where we can talk about that and we’re not going to judge you but will throw everything we can at your recovery. Sometimes communities don’t have enough tools in their tool kit to see how we don’t have to perpetuate these damning discourses.”

Lee said conversations like the Diversity Dialogues are slowly helping to change that. “We are starting to understand now that intervention is a tool to help a person,” she said, “just like if you had a broken leg.” She applauded Graham for telling the story of her insensitive friend, because a “powerful woman” sharing such experiences helps to “create safety.”

“It really happens on a grassroots level,” she said. 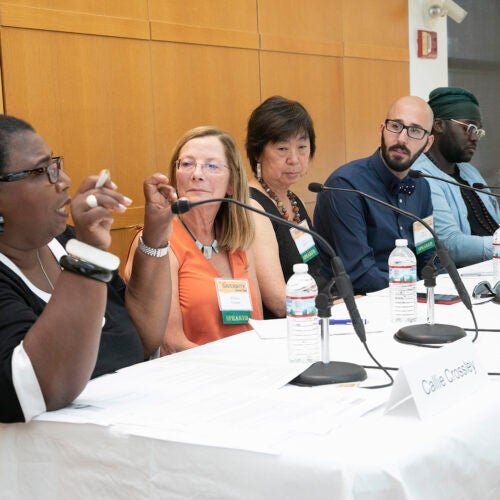 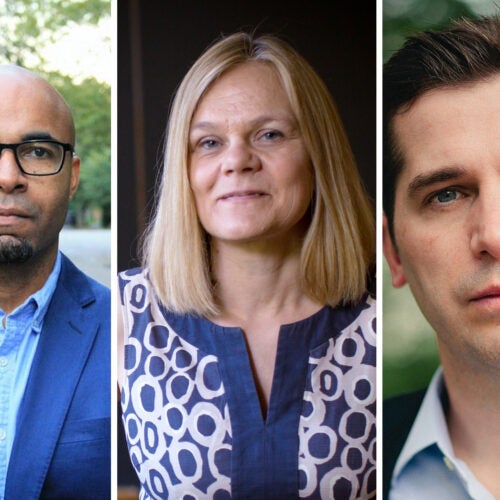