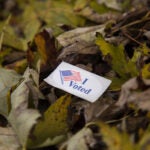 Former Polish leader Walesa points to economic disruption and rise of nationalism in Europe as the U.S. retreats from its global leadership role

After the Cold War ended 30 years ago, Europe closed the door on an era of division and entered a new era of peace and integration, one with a future centered around intellectual labor, information, and globalization. But the resulting disruption in job markets, economic inequities, and disputes over migrant labor across Europe have made it apparent that to move forward and not regress, the political, governmental, and economic structures of the past will need “remodeling, even democracy,” said renowned activist Lech Walesa on Monday evening at the Harvard Kennedy School.

During a talk on the evolution of post-Communist Europe, the former electrician who led the historic labor uprising in Soviet-controlled Poland in the 1980s worried about how that “remodeling” will get done without substantial U.S. participation. He recalled the period after World War II when the U.S. “used to be the leader for the world,” the “Good Empire” to Communism’s “Evil Empire.” From the Marshall Plan on, when Europe had problems or needed help solving issues, “people could really count on the United States to come to the rescue,” he said in Polish, speaking through an English language interpreter.

But the growing absence of the U.S. as a global force in recent years has left a void of ideas and leadership that populist figures in various nations have sought to fill with appeals to nostalgia and xenophobia, he said.

Clad in a gray T-shirt reading “Konstytucja” (Constitution) with the letters U and I highlighted, a shirt he has taken to wearing since 2018 to protest Poland’s move to curb judicial independence, a chatty and animated Walesa urged Harvard students — most of whom had not been born when Poland and East Germany shook loose from Soviet control in 1989 — to take up the fight against anti-democratic leadership and help identify solutions that resolve the ills that populism purports to address.

Earlier in the day, Walesa joined Grzegorz Ekiert, Laurence A. Tisch Professor of Government and director of the Minda de Gunzburg Center for European Studies (CES), students and faculty from Poland, and those interested in Eastern Europe for a freewheeling discussion at CES about political and economic issues in contemporary Poland and Europe.

While populist movements across Europe, and even in the U.S. with the rise of Donald Trump, have accurately identified the socioeconomic problems brought about by the global economy, he said the solution is not to eliminate free markets, break up Europe, or sever Western alliances. Rather, liberal democracies, which Walesa said he was “very, very hopeful” will include the U.S., must work together to come up with a type of capitalism that works for the 21st century, one in which workers and owners share in a company’s success.

Working at the Lenin shipyard in Gdansk, Poland, during the 1970s, Walesa became an unlikely political and social activist, leading 17,000 striking workers to form the trade union Solidarnosc, or “Solidarity,” in 1980. The union, created to bargain with the Soviet-controlled government for better wages and working conditions, soon became a global, nonviolent protest movement against Communism and in favor of democracy and workers’ rights.

Walesa was awarded a Nobel Peace Prize in 1983 for his work, and his movement was credited with speeding the fall of Communism, which began in 1989 with the fall of the Berlin Wall. In 1990, Walesa won a landslide electoral victory, becoming the first president of the newly democratic Poland. He served until 1995.

Now 76, Walesa had been enjoying retirement, but the developments in Poland and Europe, particularly the resurgence of populist and nationalist politics, prompted him to go back out on the field, he said.

“You have to do everything you can, and I’m promising that I will contribute as much as I can for the United States to restore its leadership position in the world,” he told the gathering at HKS.