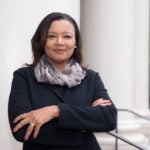 At home or on campus? Longstanding family traditions or new ones? The classic foods or fresh takes?

For the past seven or eight years, Ho’s family has usually hosted Thanksgiving in their hometown of Houston. This year, however, they’re heading to Atlanta. “That’s where my cousin’s family moved to so we are congregating there,” Ho said, making this year’s get-together part holiday, part housewarming. He expects all the key elements to stay the same, however —football, the Macy’s Thanksgiving Day Parade, and, most importantly, spending time as a family.

For Kopits, it’s all about that cranberry sauce. Since going vegetarian a few years ago, the Wellfleet, Mass., native has avoided the Thanksgiving bird, opting instead for heaps of vegetables, potatoes, and her tart, deep-red favorite. The meatless turn was news her parents didn’t take well at first, but now all is well, she said, laughing. “[They] have sort of stopped crying that I won’t eat turkey with them.”

If you think your holiday table is full, ask Hafez about his. Back home in Los Angeles, his family invites everyone they know, and typically that means 100 to 200 show up. “What we do is we put a whole bunch of tents and canopies over our backyard and front yard, and it goes through the house, too,” Hafez said. “It’s a bunch of tables and a bunch of food, and it’s just there for the whole community.”

When she gets home to Chicago, Rauner plans to bake pies. Pumpkin, blueberry, cherry, she loves all of them. One, however, holds a special place in her heart. “Apple pie is my favorite,” she said. “I make excellent apple pie.” Her secret? Precooking the apples and adding plenty of fall spices.

Reid doesn’t know where he’ll be this Thanksgiving. It’s not that he doesn’t have plans. He’s already accepted an invitation to mark the day with his roommate’s family. But when the Gazette spoke with him in the Yard, he couldn’t recall where they live — beyond that it is about an hour away. What he did know was that there’d better be gravy. “If there’s not, maybe I won’t go back,” he said, smiling.

Gray is among the many students who will be enjoying the holiday break on campus. Originally from Great Falls, Mont., Gray is planning to get a jump on upcoming assignments. “Basically, all my classes have a presentation or paper due the days that we get back, so I’ll be working on those and relaxing,” she said. While she’ll certainly miss being home, if the Eliot House cafeteria has macaroni and cheese, she says she’ll be fine. They can hold the sweet potatoes, though, even with marshmallows on top, she said.

When it comes to favorite Thanksgiving memories, Kaemmer said, the clear winner is the 2017 holiday. That was when her brother-in-law proposed to her sister when both families were all together. This year, the Graduate School of Arts and Sciences student is expecting a warm but quiet affair when her family gathers in Osterville, Mass.

“The whole Thanksgiving thing is new,” said Vasconcelos, who is from Brazil and is celebrating his first one. “I am going to my host family’s house [in Newton], and we’re having a Thanksgiving dinner.” He’s looking forward to the turkey.

The Sun family prepares their dinner together, right at the table — hot-pot style. A simmering soup pot sits in the center and ingredients such as thinly sliced meats, seafood, vegetables, dumplings, and noodles are thrown in, cooked, and then eaten with dipping sauce. “I’m looking really forward to it,” said Sun, who will be going home to Rochester, N.Y.

Gunderson’s plans are simple: going home to Concord, Conn., spending time with her family — especially her twin brother — and curling up with the family dog.

As the 3L gets closer to earning his diploma, he is increasingly thankful for the friends he’s made at the Law School. “I’m getting nostalgic because I won’t see them as much once I graduate come the spring, so I’m trying to embrace them and be thankful for them,” said Duff, who will be back home in Rhode Island during the break.

The biggest perk of having your birthday fall on Thanksgiving, as it does for Rosette this year, is that you can be pretty sure there will be a big family feast. The Extension School student, who will turn 23 on Thursday, will be returning home to L.A. to celebrate with her parents and sister. Unsurprisingly, the holiday ranks among her favorites, even when it doesn’t happen on her special day. “It’s about family bonding time,” she said. 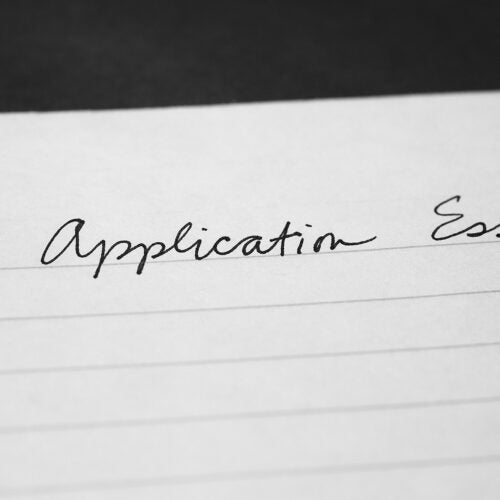