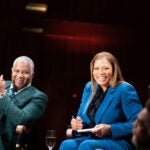 The story of the Smithsonian National Museum of African American History and Culture (NMAAHC) is one of persistence, courage, and hope. In other words, as the museum’s founding director, Lonnie G. Bunch III, explained to a capacity crowd Wednesday evening at the Geological Lecture Hall, it is the story of America.

“This is understanding America through an African American lens,” said Bunch, a 2019 W.E.B. Du Bois medal recipient. It is also a much more inclusive and complete vision of our nation’s story than had previously been presented at the other Smithsonian museums, like the National Museum of American History. “Part of changing the narrative is embracing much more of African American history,” he said.

In conversation with Henry Louis Gates Jr., Alphonse Fletcher University Professor and director of the Hutchins Center for African & African American Research, Bunch, who this year became the 14th secretary of the Smithsonian, talked about the 90-year history of the project as well as his own role. The story is detailed in his new book, “A Fool’s Errand: Creating the National Museum of African American History and Culture in the Age of Bush, Obama, and Trump.”

The incredibly popular museum, which has drawn more than 4 million visitors a year since its Sept. 24, 2016, opening, “has become a pilgrimage for generations to understand not only their own history but how history shaped prior generations,” said Bunch. Exploring that history, no matter how painful, is important, he said, noting that addressing topics such as lynching are crucial. The museum’s straightforward, nonjudgmental approach, he said, allows “people to be comfortable to be able to explore things that are often uncomfortable.”

Before broaching the creation of the museum, the academics — old friends — discussed their personal journeys. Prompted by Gates, Bunch recalled the racist assumptions of his primarily white, New Jersey high school. “They told me I should work in a print shop; that was the best I could be.” Whenever he pointed out that both his parents worked for area schools, his teachers would assume they were janitors. “That must be nice,” they would say. “It’s a steady job.” They were, in fact, teachers and administrators.

From his parents, he said, he learned two principles that carried him into his career as a historian and museum director: “How central education was to your future, and the notion that nothing should stand in your way.”

These became his tenets when he left the Chicago Historical Society, where he had been president, for the NMAAHC in 2005. Considering that he had only one employee, no funding, no collection, and — at first — no key for his office, the realization of the museum was far from a given. There wasn’t even a site yet, even though the museum had been established by an act of Congress in 2003. Bunch’s first fight was to get what would become its eventual location — the last major spot on the National Mall — but other options, farther away, were also being considered by Congress, which had the final say.

While waiting for the decision, he prepared two speeches. One, to be given if the museum was denied the Mall site, would announce his resignation. “I cannot be there when you disrespect the African American community,” he planned to say. Fortunately, that speech wasn’t necessary. “Once we got land on the Mall, I knew we would pull it off.”

That was only the first challenge. The original design called for a single floor of historical galleries. When that was expanded to three tiered floors, plans for the foundation needed to be changed. “We had to go down 80 feet, and we had water at eight feet,” he recalled. “I thought the project was dead. I’d be known as the man who built the largest swimming pool on the National Mall.”

In desperation, he reached out to engineers from the Netherlands, which has long dealt with water-table issues. To his relief, “they found a way to get rid of the water.” Laughing about it with Gates, Bunch remarked, “That was a time I despaired. I really thought it wouldn’t work.”

Fund-raising and building the collection itself brought their own stories; the museum now houses nearly 40,000 objects. Pressed, Bunch acknowledged two as his favorites. These include relics of the Portuguese slave ship São José, which include shackles, a visceral evocation of slavery. 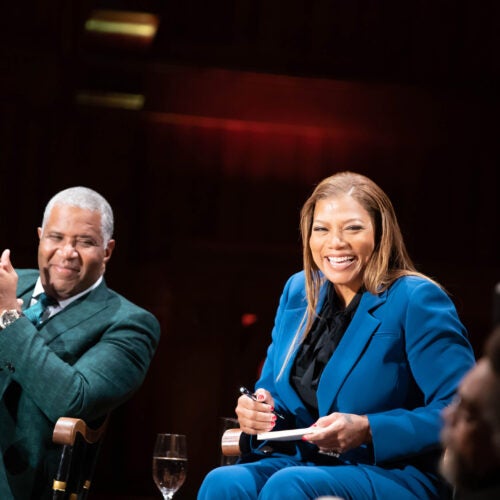 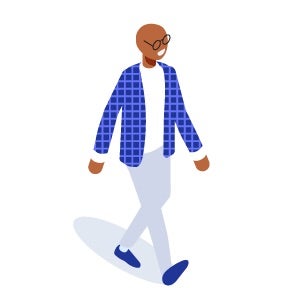 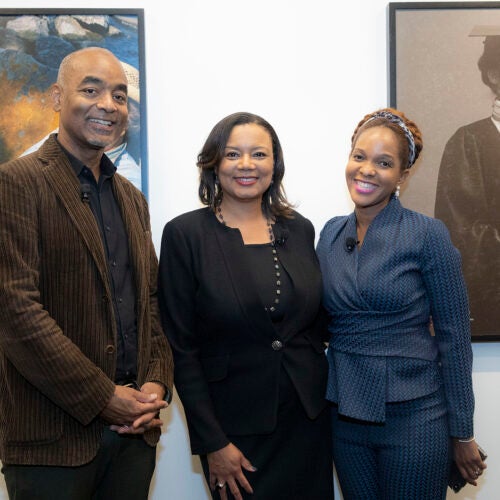 The other is the coffin of Emmett Till, donated by his mother, Mamie Till-Mobley, after the 14-year-old lynching victim was disinterred and reburied. Meeting with Mobley not long before her death in 2003, Bunch said she told him that “for 50 years she carried the burden of Emmet Till, and now it was my turn.”

At that point, he said, “I realized that the story wasn’t Emmet; it was Mamie. It was the courage of this woman to use the most painful moment of her life to reinvigorate the Civil Rights movement.”

Visiting that display, he recalled, became his morning ritual, and it still inspires him in his role overseeing the entire Smithsonian Institution. “There is no way you can tell this story without shining a light on the dark corners.”

The livestream will remain on the Harvard Museums of Science & Culture (HMSC) Facebook page https://www.facebook.com/harvardmuseumsofscienceandculture

A recording of the program will also be available on the HMSC Lecture Videos page approximately three weeks after the lecture. https://hmsc.harvard.edu/lecture-videos