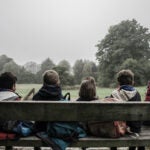 Some of the lessons, like toughness and determination, seemed almost cliché, while others, involving personnel and integrity, were more surprising.

But all of the stories shared by panelists at this week’s Harvard Business School (HBS) discussion “Sports as a Classroom: Women in Sports, Leadership and Empowerment” were distinctly personal and undeniably compelling.

Delaney-Smith had coached three of the women while they were students at Harvard, and she opened the discussion by praising each of the panelists in turn, less for their achievements than for having embraced perhaps the most useful lesson sport has to offer: “If you fail, you get up and do the same thing again tomorrow,” she said. “I can’t imagine a better classroom than that.”

Delaney-Smith noted that her experience was slightly different from the other panelists’. A good swimmer and standout basketball player in high school, Delaney-Smith attended Bridgewater State in the 1960s and was disappointed to discover that the college had no varsity teams for women. So she joined the largest and most competitive sports club she could find: synchronized swimming.

She managed to carry some of that era’s activism with her. “We’re in a world now where the traditional leadership is changing dramatically, and women bring something very different to the table,” she said. “When I was a high school coach I marched into the boys’ locker room because they’d taken our girls’ [locker room] away, and I lobbied for night games [when only boys were allowed them]. I challenge each of you to know your power so we can finally live in an equal world.”

“Professional sports can be a better example to the world — particularly when it comes to equal pay for equal play [for women]. People are going to get it wrong, but that’s how you learn.”
— Maura Healey

Healey was the captain of women’s basketball in College, and Delaney-Smith recalled that “she was larger than life when she played at Harvard.” Healey said that her sports training proved an asset, particularly when she ran as a first-time candidate against a heavily favored opponent, Warren Tolman, a former state representative and senator, in the Democratic primary for attorney general in 2014.

“I treated it like a season,” she recalled. “In sports you have good days and bad days, but you look to where you’re going at the very end. You get beat badly, and you find a way through that.

“Ten days before my election I got some discouraging news: I was seven points behind in the polls; both the mayor and Governor Patrick were endorsing my opponent. I went home and bawled my eyes out, just like we’ve all cried in the locker room. Then I slowly had to get myself into the space, because I had to go on TV that night and nail it. … Having a sports background can help you do that.”

Tolman ultimately endorsed her in the general election.

Healey called on the sports world to increase its social awareness. “I came up against a lot of homophobia, and there are similar constructs in sports today. Sports are a powerful vehicle for building leadership, but they can also be very marginalizing. Professional sports can be a better example to the world — particularly when it comes to equal pay for equal play [for women]. People are going to get it wrong, but that’s how you learn.”

Stone recalled breaking a boundary as a teenager, when she was the first female member of her high school’s hockey team. “Every single thing I wanted to do in my life, my parents said ‘Go ahead and do it.’ And that’s my whole foundation as a coach. What I say to my athletes is, ‘You’re capable of more than you think you are.’”

Sports training can also be a valuable tool for a CEO, Gelman said. “I was a point guard, so my role was to understand peoples’ strengths and weaknesses. It’s about setting people up to be successful, and you use that as a CEO. You have to recognize where people are at this moment in time: If they’re not taking on a task, you need to see where they’re trying and failing, and where they might need a push.”

During the Q&A session, two Celtics players in attendance, Enes Kanter and Grant Williams, stood up to ask how society at large can help women get ahead.

“That can be a massive philosophical question: How you take care of an individual’s social vision,” Feaster said. “Organizations have a responsibility to create environments where each segment of their employees feels supported.” 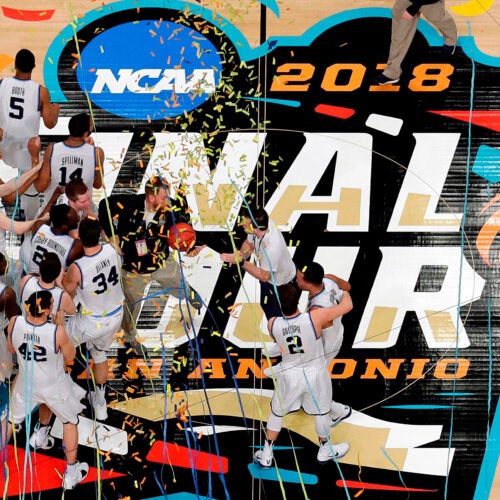 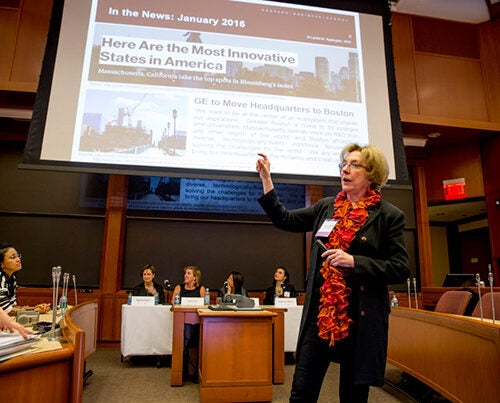 It’s harder for them to raise startup capital, but there are paths through the maze, panel says 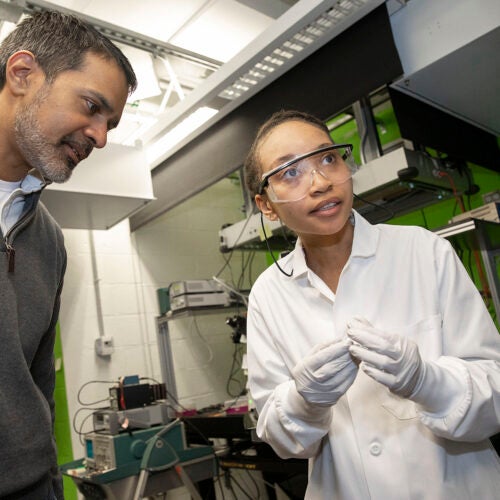