Brexit on the edge 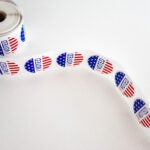 It’s been more than three years since the U.K.’s historic vote to leave the European Union, known as Brexit, and the stalemate over how and when (and even, still, whether) to exit has consumed political bandwidth and a few careers. Prime Minister Boris Johnson, a fervent Brexit supporter who was pressing to hit an Oct. 31 deadline for departure, presented Parliament with a new withdrawal agreement he etched with EU leadership late last week and pressed for a vote, which was denied. House of Commons Speaker John Bercow also refused Monday to allow a quick balloting on whether to give the deal a tentative blessing. To gain some insight into what happens next, the Gazette spoke with Lord Peter Ricketts, a former Fisher Family Fellow of the Future of Diplomacy Project at the Harvard Kennedy School’s Belfer Center for Science and International Affairs, a highly respected diplomat, and a life peer in Britain’s House of Lords.

GAZETTE: Where do things stand?

Ricketts: Johnson tried to [push] for a vote on his deal in principle with the EU by the House of Commons on Saturday. MPs declined and effectively said that they needed to study the legislation in the normal way. The government tried a second time [Monday] and again, that was rebuffed. What will happen now is the government will introduce a 100-page-plus bill which will go to what they call “second reading” in the House of Commons [Tuesday]. That is where we’ll get the first indication of: Is there a majority in principle for Boris Johnson’s deal? Because if it passes second reading, it will spend two or three days in committee stage in the Commons, with a very tough, time-tabling motion, which will limit the time for discussion. That will be controversial, but that’s what the government will try to do. Then it will come to the [House of] Lords this coming weekend with the aim of getting it back to the Commons and ironing out any differences in time for the thing to become law by, say, Tuesday or Wednesday next week, and for Britain to leave [the EU] on the 31st. It’s an incredibly ambitious timetable, but given that there is quite a strong mood here now that, after three years or more, Britain has got to take some decision or other, I think, probably Parliament will try to meet that deadline if the government can show Tuesday that there is a majority [that favors it] in principle.

GAZETTE: Which side has the momentum in their favor?

Ricketts: This is the closest that Britain has come to a proposition that can get a majority of support in the House of Commons. Theresa May’s previous attempts at this fell short by a long way. The Saturday vote was not so much on the substance of the bill; it was more about not having enough time and being rushed into a decision. Now that the government is proposing some time to look at the draft law, I think they have a reasonable chance of having a small majority in favor. And if that’s the case, then the Lords certainly won’t stand in the way because we’re not the elected chamber. So there is now a reasonable chance Britain will leave on the 31st with this deal. If that doesn’t happen, then there will be a further delay because it’s very clear that there is no majority for leaving into the chaos of a no-deal Brexit and so, if this deal falls short, I think there will be a delay, possibly for several months, to give time for either a general election or a second referendum and to reshuffle the political cards, so to speak.

GAZETTE: What about Johnson’s political future? Is this make or break?

Ricketts: He has staked his reputation on getting a deal on the 31st of October. I think if he winds up getting a deal, but it’s slightly after the 31st, that isn’t a great problem for him. He would then go for an election as soon as he could. The Labour Party is in rather a weak state, and Johnson would try to capitalize on an impression that he had sorted out the mess; he had delivered a deal, delivered on the referendum, and he should therefore have a majority to govern. If this deal falls apart and he’s forced to go into a referendum or an election having failed to get a deal, that is a serious setback for him because he’s been a one-issue prime minister; he’s not really put any focus on anything else. So, yes, it’s high stakes for Johnson and his party and equally for the Labour Party, as well.

GAZETTE: Has the possibility of a second referendum or election substantially increased?

Ricketts: The polls have consistently shown over the last six or nine months that people would like to have a second opportunity to express an opinion because everyone’s learned a lot more about what leaving the EU means. I think there is a growing momentum behind the idea of a second referendum. I would say it’s not really represented in the House of Commons, where there’s an awful lot of people still against it, people who worry about unpopular reaction from those who voted leave once and then find, three years later, they’re being asked to vote again. The other alternative is to have a general election — the political parties might prefer that. The problem with a general election, of course, is that then the Brexit issue gets intertwined with all the other issues in voters’ minds — the economy, the personalities of the leaders, and all that. Whereas a second referendum keeps the focus on: Do you like this deal or would you prefer to stay in the EU? I can’t predict how that will turn out. Looking at the political landscape, it’s more likely to be a general election than a referendum, but this is a very volatile and unpredictable moving target here and if this deal is voted down in the House of Commons, with all the anger that will go with that, it may be that the mood will swing toward a second referendum. There’s certainly quite a lot of support for that. Definitely.

GAZETTE: The EU indicated Monday that another extension will be granted, if necessary. What is its calculus?

Ricketts: From the European side, big picture, everyone is fed up, tired of Brexit. They want to get on with their new agenda. They’ve got a new commission taking over on the 1st of November, a new parliament, new set of issues to grapple with. Everyone would like to see the Brexit issue out of the way, but no one wants to take the historic responsibility of being seen pushing Britain out because that’s the kind of thing that could leave bruises for decades to come. There are two scenarios — if the House of Commons is struggling along on the point of reaching agreement on legislation [and] just needs a few more days, that sort of short, technical extension would be no problem on the European side. If the thing falls apart, I think the Europeans would prefer to give us the time to sort ourselves out and think again rather than pulling the plug on the whole process and saying it’s all over now.

GAZETTE: How will the agreement affect the U.K. economy and national security?

Ricketts: There is a difference between leaving with a deal and leaving with no deal. If it was this deal, it at least gives a transition period, which is more than a year. It could be extended, where things stay as they are effectively while a new relationship is worked out. That’s good for business. But if it turns out that the longer-term destination is a more distant one between Britain and the single market, then that is going to be bad for business because regulatory barriers, potentially tariff barriers and others, will go up in due course. A bit the same on security: If it’s a deal, there’s time to renegotiate Britain being involved in all the different security instruments that the EU has — shared databases, extradition agreements, police alerting systems — a whole range of cooperation instruments that the law-enforcement systems use a lot. If we have a year or two to stitch that back together again, that will avoid the knife edge that people worry about. But if there’s a no deal in all those areas, then there’s a much more immediate and more disruptive impact on both businesses and on security and all our other interests.

Bottom line, in whatever kind of Brexit it is, Britain will wind up being worse off because the best possible relationship we have with the European Union is the one we have now. Any deal will mean less trade, less investment, a more difficult and clunky relationship on security. The Bank of England forecast is that, with a deal, Britain might lose, for example, 6 or 7 percentage points of GDP looking five to eight years ahead. And with no deal, it could be 8 to 10 percentage points [less] overall after 10 years than it would be if it stayed in the EU. So there’s a serious economic impact. There’s going to be a reduction in the capacity to work with other European security agencies, which overall increase the risks here. The areas that are least affected are intelligence cooperations, which don’t go through the EU. On defense, NATO, the relationship with the U.S., is our paramount defense alliance, and that is not affected. The amount of EU defense is pretty modest. So in defense and security, there’s least impact. Foreign policy, on the economic agenda and the law enforcement agenda, I would say, is the biggest impact.

GAZETTE: How does this agreement benefit the EU?

Ricketts: I don’t think it benefits anyone. I think it’s a lose-lose. For individual EU countries, they will see some advantages. For example, our French friends will see opportunities to draw jobs away from London and into Paris because banks will need to have operations that are licensed to operate in the European Union, so there’ll be some job opportunities. But overall, there will be an impact on the European economy as well, but it will be less than for the U.K. Perhaps the biggest impact on the European economy is to lose one of the three big players in the EU, leaving only two, Germany and France, who have their own differences. Losing the country that is perhaps the most globally focused, with the most global interests, the biggest defense player in Europe, the country with a historic investment in trading relationships around the world — losing that country out of the EU will change things inside the EU. It may reduce the EU’s weight in the world, its appetite to be a global political player, it leaves France as the only really global country in the EU. So I think it has geopolitical impact on the EU in the way the EU operates in the world.

GAZETTE: What’s the next thing to watch for to gauge where this all may be going?

Ricketts: The very important vote in the House of Commons on the second reading of this legislation will be critical tomorrow. Because if that passes second reading, it means Britain is on course to agree to this bill, whether by the 31st of October or slightly later, and leave the EU in an orderly way or be it to a destination that some of us do not much fancy. If the vote tomorrow does not pass, then Boris Johnson is in a real mess, then I think we’re in for a longer delay and it’s probably a general election in a very chaotic, political context.