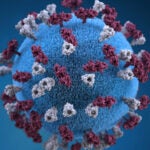 After his beloved wife was diagnosed with Alzheimer’s, Arthur Kleinman discovered that what he didn’t know was a lot

Arthur Kleinman’s wife, Joan, began to struggle with a rare form of early Alzheimer’s disease at 59. Eight years after losing her, the Esther and Sidney Rabb Professor of Anthropology in the Faculty of Arts and Sciences and professor of psychiatry and of medical anthropology at Harvard Medical School chronicles their journey in “The Soul of Care: The Moral Education of a Husband and a Doctor.” The book is part memoir, part examination of love and marriage, and an intimate look at how 40 years in the medical profession left him entirely unprepared to care for a loved one.

GAZETTE: The book is so personal. Can you talk about the decision to write it and whether you talked to Joan about it?

KLEINMAN: I started writing a long time ago when she was just starting on her 10-year course of Alzheimer’s disease. She had a very particular kind of Alzheimer’s that affects only 5 percent of the people, and it began in her occipital lobes, which meant that she became blind first. To be both blind and have dementia is particularly trying, particularly for the person who has it, but also for the caregiver. Joan was 100 percent behind the idea of writing this. I came out of a background that was very unpromising for a caregiver. I was a very headstrong, heedless, and careless child. I was self-centered and incredibly ambitious and hard-driving. Those 10 years changed me almost entirely and made me realize how crucial the human aspect was. I was always good with patients and students, but I wasn’t like that generally, and taking care of her and seeing how sad and frustrating it was made me a different person, a better person.

GAZETTE: You were unprepared to be a caregiver. Can you elaborate?

KLEINMAN: My whole career was studying illness and caregiving, but it was the actual experience of being a family caregiver to someone I loved that I regard as a tremendous gift. I spent all of my time on things that I used to think were trivial, learning how to be vital about getting through it, rather than being matter-of-fact. The other thing I discovered was that no one had prepared me. If it weren’t for the neurologists, the diagnosis wouldn’t have been made for a year or two, but those doctors were hopeless when it comes to after-care. That whole field needs to change in terms of its understanding of after-care: how central families are, how essential it is to learn to work with then. What I really wanted to illustrate is that there are two health care systems in America. One is organized for trauma and acute disease. That’s a high-technology system that’s very powerful and functioning well. The other system is the chronic illness system. There, technology is doing very little, but it’s primarily the human interactions and that’s where it is failing. Most people don’t have long-term-care insurance. If we look at assisted living and our nursing homes, the system is tragic.

GAZETTE: You were fortunate to have the best doctors, connections, and access to care. How did the system fail you?

KLEINMAN: I felt that excellent doctors had missed what was most important, which is at the end of every engagement to ask the family member, “Well, you spend a lot of time with her. What do you think the problem is?” Think about this: No one at the beginning told me about a home health aide. We were three or four years into the disease before I realized I couldn’t keep doing what I was doing, and I needed help. My adult kids helped me. My mother helped me. But the best help I got was from a home health aide. I should have been told at the first meeting that at some point you’re going to need a home health aide. At some stage you realize, you can no longer be the caregiver. The burden is too great. For me, as Joan became weaker and weaker, and I was lifting her into the bath, out of the bath, into the bed, I was having trouble physically. I should have started to look earlier. I could have moved into assisted living with Joan, but no one told me about that. When we went to look for assisted living, it was so late in the course of her disease, they said, “You’ve made a mistake. You’ve taken care of her too long.”

GAZETTE: Joan brought the influence of the East, in particular China, to your life and your work. Can you talk about the part it played in the caregiving?

KLEINMAN: What we learned the first time we lived in China and for 7½ years in total was the importance of family and the responsibility one has for each other, the interpersonal strengths one has to develop to be sensitive to others and moral commitments. That’s the insight of Chinese society. It provides that great genius of the power of relationships. It’s the defining thing in your life. There are a number of Chinese terms that I associated with Joan that helped us in this regard: renging guanxi, that relationships are moral, and qi, that each of us has a vital energy. And that’s what I meant in the book by presence. And it’s particularly presence that is critical in dementia or end of life because it’s so trying at times. And the idea of enduring, in the sense of how to live a family life of responsibility, guo ri zi. I think the American idea of resilience is overblown and not really relevant. Most of us endure. From the Chinese perspective, that’s your responsibility, to keep going. I found this kind of enduring the most difficult thing. Over 10 years, how to keep going. I believe it’s this human engagement. If you’re present, it’s this vitality that keeps you going. You feel, “I just barely survived.” Resilience doesn’t describe my experience. I barely survived, and it was a struggle all the time. And it was my sense I had learned as a clinical teacher that the suffering of a patient counts more than your suffering. I think if you get that balance right, doing the acts as a caregiver, that somehow also keeps you going.

“My whole career was studying illness and caregiving, but it was the actual experience of being a family caregiver to someone I loved that I regard as a tremendous gift.”

GAZETTE: Since her death, you have started working on the Global Aging Initiative. What is the project about?

KLEINMAN: I had another topic when starting the book, which was trying to figure out elder care best practices. It was a comparison across China, Hong Kong, Seoul, Kyoto, Hanoi, and Bangkok. I was looking at how good care looks different in different environments. Now I’ve come to a much more specific topic, which is social technology for elder care. It’s an interdisciplinary project that involves engineers from the School of Engineering and Applied Sciences, Conor Walsh and Fawwaz Habbal; and Winnie Yip and David Bloom from the Chan School of Public Health; and Ann Forsyth from the Graduate School of Design; Tarun Khanna from Harvard Business School; and Hongtu Chen and myself from the Medical School. What we’re doing tries to put together social systems with particular technologies to help the frail elderly and the demented elderly in China.

KLEINMAN: To give you a sense of this project, I’ll tell you a story. There is this excellent exoskeleton for the legs. We took this idea to the many elderly women in Shanghai living in high-rise apartments. We showed them illustrations of how this works. They said, “Wow, fantastic, but I’d never use it.” We asked why. They said, “It’s so dangerous to cross the road here. Cars don’t stop. We wouldn’t trust it. But if you really want to help us, we have six friends, all in similar conditions in different apartment buildings here in Shanghai. We would like to twice a week get together and go to a tea house. Right now, we feel isolated. If you could figure out a way with social technology to get us there and back safely, that would change our lives.” We had it all backwards. That becomes an interesting issue for technology and anthropology. Maybe the exoskeleton would be useful in this instance, but if so, probably not the legs, but for the arms of a carer to get them from a 12th floor to a lobby of a building, and doing this for six people. How do you organize this? Is it a van? Who goes with them? How does the actual human experience come together with the technology? That’s the project we now have.

Interview was edited for clarity and trimmed for space.