A shot in the arm for vaccine research 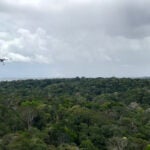 A precise chemical fingerprint of the Amazon

With a promising HIV vaccine already in clinical trials, and research revealing how some people can naturally control HIV without medications, the Ragon Institute of MGH, MIT, and Harvard has hit its stride. It was founded in 2009 with a single, initial goal: to develop a vaccine against HIV infection. Now, with a major endowment from Phillip T. (Terry) and Susan M. Ragon, its scientists are expanding their battle to encompass other diseases that threaten public health.

The first landmark gift allowed the institute to bring together an extraordinary range of expertise from Harvard University, the Massachusetts Institute of Technology (MIT), and Massachusetts General Hospital (MGH) to untangle a very tricky problem. “You might not see it, but HIV is devastating the lives of millions of people and their communities throughout the world,” said Facundo Batista, the Ragon’s chief scientific officer and associate director. “But the virus mutates constantly — how do you create a vaccine for something that’s changing all the time?”

Knowing the answer would be well beyond any single field, Ragon Director Bruce Walker and his colleagues convened scientists from many disciplines to launch an innovative research program with strong roots in Boston, Cambridge, and South Africa. And this April, a $200 million gift from the Ragon family empowered the institute to tackle a much broader range of human diseases.

“HIV is now one of very few diseases for which we have a continuous readout about what the immune system is doing,” said Walker, an infectious disease physician at MGH, professor at Harvard Medical School, and a Howard Hughes Medical Institute (HHMI)-funded immunologist. “What we have learned is allowing us to address a whole range of global health problems, not just AIDS. It helps us understand diseases like TB, Zika, and influenza because it gives us an accurate model of infection and immune response.”

One of the institute’s most promising developments is connected to its founding goal. Its scientists will be working with the NIH and the Gates Foundation over the next few years to run a trial of an HIV vaccine developed by founding Ragon member Dan Barouch. The participants will be 2,600 African women who are vulnerable to infection.

For many years, Ragon Institute scientists have been collaborating closely with scientists and clinicians at the University of Kwa-Zulu Natal in South Africa, a country where more than a quarter of females between ages 15 and 49 are infected with HIV.

“Many of us are physician-scientists, and we collaborate in a way that allows us to learn actively from patients,” explained Walker. “To help people, we need to understand not only how the immune system succeeds, but also how it fails.”

To make their programs as effective as possible, Ragon-affiliated scientists at the South African institutes work with traditional healers and government health services to conduct HIV counseling and testing. Walker believes this kind of cultural collaboration is as critical to progress as working across scientific disciplines.

“We can make vaccines but if we can’t deliver them to people at risk — and ensure those people can take them — they’re not going to be much use,” he said. “We can only succeed if we have a deep understanding of local norms and cultures. Because when there is an epidemic, we need to be in a position to have a positive impact.”

Harvard President Larry Bacow said, “Vaccines have saved countless lives, radically improving societies all around the world. Harvard scientists have been integral to this work and to advancing the field of public health in critical ways. The researchers at the Ragon Institute are at the vanguard, and their incredible achievements are a testament to the power of collaboration between Harvard, MIT, and MGH. Over the past decade, the generosity and vision of Terry and Susan have enabled these exceptional scientists to combat some of the most devastating diseases, and their latest gift will empower the Institute to continue having a real, lasting impact on the health and wellbeing of those who need it most.”

“If people could see what HIV is doing to people, families, and communities, they would understand immediately why vaccines are needed so badly,” said Batista. “Women get infected because they have no power. This is a huge problem, and it will only become worse, with more chances of a mutant disease emerging, if we continue to neglect it. Our vision is to harness the immune system to prevent and cure diseases so that people and their communities can thrive.”

The quest to develop a vaccine against HIV is tightly connected to a fight against poverty, one of the greatest drivers of infection risk. In 2012 the Ragon Institute launched FRESH — Females Rising through Education, Support and Health — in South Africa, linking scientific research with social good by providing a pathway out of poverty.

Based in a shopping mall in a former black township near Durban, South Africa, FRESH prepares young women for employment by providing training in basic life skills, computer skills, empowerment, and HIV prevention efforts twice a week. The program has two goals: to address the most pressing challenges faced by young women, and to detect acute HIV infection very early in order to fill important gaps in biomedical knowledge.

So far, the program has served more than 1,200 women, most of whom have remained uninfected and moved on to a job or school. It has also allowed scientists to better understand how the battle between immune system and HIV begins, and why the immune system usually loses.

“This is the most exciting scientific project I’ve ever been involved with,” said Walker. “It has this immediate impact of fundamentally changing people’s lives for the better. Those who come to the program start to believe in themselves and ultimately enter the workforce, removing them from extreme poverty, which is one of the biggest risk factors for HIV infection.”

Program participants have their blood drawn at every visit and give their consent for the samples to be used in research. If a person becomes infected despite the prevention efforts, they learn of it very early and are provided counselling and treatment through the program. Their blood samples are used to study exactly how the immune system responds to HIV.

“Before, early infection was just a black box — we didn’t know anything about what was happening before people presented with symptoms,” said Walker. “Now, we can start to see what’s required to get control of HIV — what exactly happens in those rare people who never do get sick from it.”

A model for vaccine discovery

To study the intersection between the deadly HIV and TB viruses, Ragon researchers use custom-built, extremely high-security facilities in Cambridge and similar facilities at the University of Kwa-Zulu Natal, located at the heart of the TB epidemic in South Africa.

They are also working on better defenses against influenza, combining expertise in cell biology, immunology, and bioinformatics. But TB, Zika, and flu are just a few examples.

“I think we are going to see a sea change in medicine over the next 10 to 20 years, with a completely different understanding the immune system,” said Walker.  “We’ve only started to scratch the surface not only for infectious diseases but also for cancer, diabetes, and diseases like Alzheimer’s. We’ve created a very exciting community effort here, and the support of the Ragon family and other donors will allow us to continue to make a lasting, positive difference in people’s lives.” 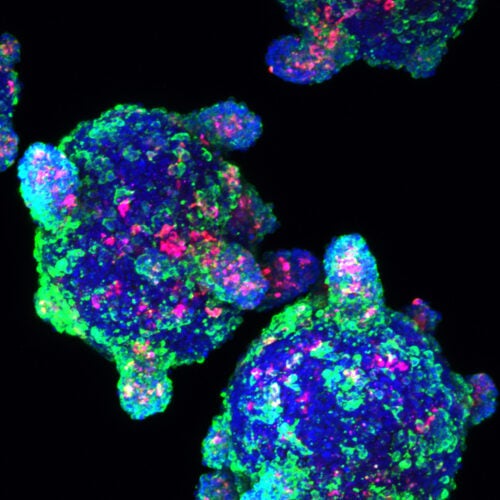