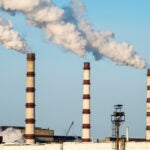 Emily Balskus is an unconventional hunter. She tracks down mysterious microbes that live in the human gut. This year, her dogged hunts earned her the largest unrestricted scientific prize offered to America’s most promising, early career researchers: the Blavatnik National Award for Young Scientists.

For the first time in history, the 2019 award honors three women. Every year, three scientific researchers age 42 and younger are selected from three distinct fields and earn $250,000 each. This year, the winners rose from a pool of 343 nominees, the largest ever received.

Balskus, a professor of chemistry and chemical biology, earned Blavatnik’s chemistry prize for tracking never-before-seen chemistry to specific bacteria in the human gut. She not only identified several of these tiny chemists, she also determined how their manipulations impact human health and disease and even how to stop them.

Tens of trillions of bacteria, fungi, and other microbes live on or inside our bodies. This so-called human microbiota contains neutral, helpful, and harmful agents. In the past decade, researchers have worked hard to map out what lives in the human gut and how individual species impact their host, but the majority remain unidentified and unstudied.

Balskus started out manipulating molecules in high school when “an amazing teacher introduced me to chemistry,” she said. “As my scientific career progressed, I became fascinated by the chemistry occurring within living organisms.”

Bacteria use specialized enzymes to break down food, drugs, and anything else traveling through the gut, into other substances. Sometimes, those microbial manipulations help us digest stubborn fiber. But sometimes, bacteria gobble up valuable drugs — like those used to treat heart failure or Parkinson’s disease — or nutrients humans need to maintain their health. Balskus realized she could use chemistry like a smoke trail: a way to track down which species within the horde are implicated in diseases like colon and pancreatic cancer, inflammatory bowel disease, and even diabetes.

After tracing chemical clues to a microbial source, Balskus has used her discoveries to design new treatment options. For example, recently she and her lab discovered which bacteria eat the common drug levodopa, used to treat Parkinson’s disease, and the enzyme the microbes use. Armed with this information, she and her team designed a compound to block that enzyme, preventing the microbial metabolism.

In another recent advance, Balskus determined how an especially destructive bacterial product — colibactin — might contribute to colorectal cancer. She tracked the concerning chemistry to a certain strain of E. coli, one with the ability to make colibactin molecules that damage DNA.

“She showed that a bacterial-derived toxin implicated in colon cancer forms a reactive intermediate that alkylates DNA,” Judith Klinman, professor of the Graduate School and Chancellor’s Professor at Berkeley College of Chemistry, University of California, Berkeley, and member of the 2019 Blavatnik National Awards Jury, wrote in a press release. “Her interfacial studies, bridging chemistry, biology and microbiology, are opening up new and unexpected avenues for improving human health through a deep understanding of the underlying mechanisms.”

Despite her early success, Balskus has only started deciphering how microbial communities impact human health and disease. But her chemistry-based methods have changed the way others research the microbiome, accelerating work to hunt down more unusual chemistry in the human gut. “I’m drawn to microbes because of the huge gaps in our understanding of how they affect human health,” Balskus said, “and I hope that my lab’s research will someday lead to new therapeutics.”

Heather J. Lynch of Stony Brook University took the life sciences win of the Blavatnik Award with her novel methods of analyzing penguin colonies to predict their population growth, collapse, and possible extinction due to the effects of climate change. In physical sciences and engineering, Ana Maria Rey of the University of Colorado Boulder, earned recognition for pioneering new theories on atomic collisions. Her work enabled the creation of the world’s most accurate atomic clock, the most precise tool the world has to measure time.

On Sept. 23, Balskus, Lynch, and Rey will accept their Blavatnik Awards at the American Museum of Natural History in New York.