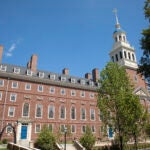 Kate Swain Smith ’19 is this year’s Harvard Presidential City of Boston Fellow, the fourth to hold the title since the program debuted in 2016.

The yearlong position at Boston City Hall is a natural extension of Swain Smith’s involvement with her native city. Born and raised in Roslindale, she attended local public schools before coming to Harvard, interning for City Councilor Michelle Wu ’07, J.D. ’12, while still in high school. “It’s meaningful to be on this side of it now,” said the 22-year-old, who concentrated in government with a secondary in Spanish. “Coming from the constituent side and getting to work for the city, it’s really cool to see how much the city is doing that I didn’t even know about.”

As a Harvard Presidential City of Boston Fellow, Swain Smith reports directly to the mayor’s chief of staff and is responsible for managing and executing projects addressing various issues. Designed to foster an interest in — and create a pipeline to — civic-oriented careers, the full-time fellowship was created as a three-year collaboration between Harvard and the City of Boston. It has already been renewed for another three years.

“The Harvard Presidential City of Boston Fellowship enables recent undergraduates to make a difference in the lives of others through public service,” said Harvard President Larry Bacow. “It exemplifies the deep and meaningful partnership that exists between Harvard and the city of Boston. We are grateful to Mayor [Martin J.] Walsh and the city for their continued partnership on this incredible initiative.”

For Swain Smith, who has long been drawn to public service, the fellowship is helping her discover where she can have the most impact. Initially, the recent grad hadn’t focused on the municipal level. Following her first year at Harvard, she worked at the nonprofit Common Cause in New York. The following summer found her with Sen. Edward J. Markey, D-Mass., in Washington, D.C. To round out her experience, she also took jobs with a small private consulting firm as well as with a state-level nonprofit during her undergraduate years.

“There’s not a lot of leadership right now in Washington. … Cities have been forced to be the incubators of new ideas.”
— Kate Swain Smith

A few months into her fellowship, Swain Smith is learning about the difference a city government can make.“We think about basic city services,” she said. “We think about trash collection and snow removal and schools. But the city has so many forward-thinking ideas, too, about climate resiliency, racial equity, and economic development.” She cited Boston’s global outreach, including its involvement with its sister cities around the world, such as Kyoto, Japan; Belfast, Ireland; Barcelona, Spain; and Sekondi-Takoradi, Ghana. She also notes its role as a member of the City Accelerator initiative and the Partnership for Healthy Cities, as well as a signatory of the Paris Climate Accords.

For Swain Smith, those connections make a difference. “I was really drawn to where I could make a change,” she said. “There’s not a lot of leadership right now in Washington.” As a result, she has found, “Cities have been forced to be the incubators of new ideas.”

Those ideas can be acted on more quickly at the municipal level, which means the grand theories can be tested and applied. One example is “how we design our streets to encourage more biking or how we build a climate action plan,” she says. “All these are happening at the local level.”

Swain Smith’s senior thesis was also very locally focused. Titled “Can We Build a More United Society: The Role of Built Infrastructure of Social Connectedness in Boston,” it focused on 89 subunits of Boston neighborhoods with different levels of walkability, transit, parks, and other factors, and studied how the built environment affected levels of satisfaction and neighborhood cohesion.

“Now I’m actually working for the city and thinking about policy implementation,” she laughs as she responds. “What did I learn from that? How can I bring that to the table?”

Already, Swain Smith has joined a project on homelessness with the Boston Advisory Council on which her predecessor in the fellowship, Lexi Smith ’18, also worked. Meeting with a group of individuals who have experienced homelessness was “a profound experience,” said Swain Smith. Some of the insights she garnered have practical applications. “If you work for the city, you have to live in the city,” she said. “But there are a lot of shelters in Quincy, so those individuals staying there aren’t able to take advantage of a city job.” 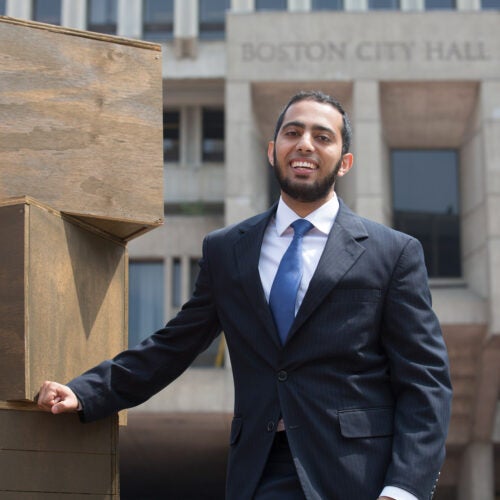 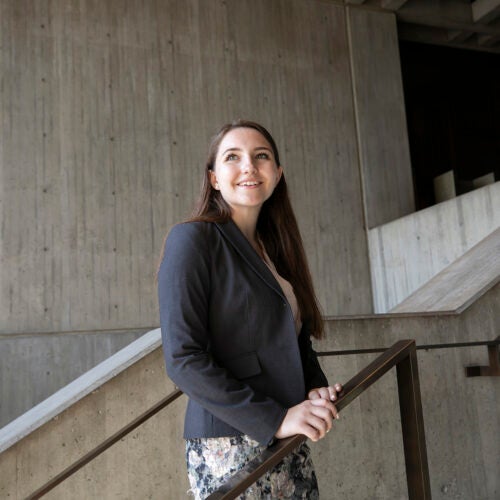 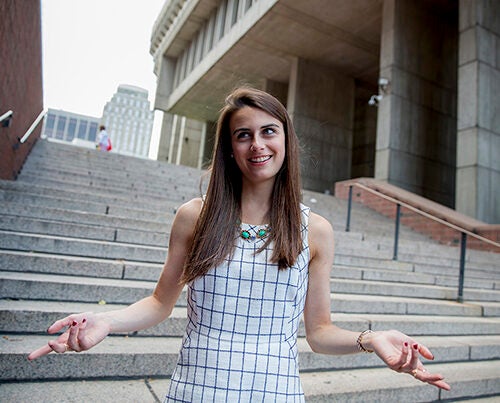 Swain Smith said the fellowship is showing her how to approach such problems, melding theory and practice for the public good. “I’ve always been happy and proud that I grew up here. But I think I have even more appreciation for how Boston is a leader for other cities, a pilot for global initiatives,” she said. “I just feel really lucky that now I get to get to work here.”

Swain Smith credits Harvard as well as the city for making this fellowship possible. “It’s really powerful for me to think about how I can use that privilege, all the luck that I’ve received, and try to give it back,” she said.

“Through the Harvard Presidential City of Boston Fellows program, Boston has had the opportunity to mentor young professionals who bring their new ideas and enthusiasm for public service into city government,” said Walsh. “I look forward to continuing this wonderful program in partnership with Harvard.”