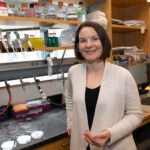 As the only one in his family with a bent toward science, Jerry X. Mitrovica grew up spending more time discussing Renaissance history at the dinner table than the latest issue of Nature. But he always knew that science was compatible with creativity.

“Creativity comes from asking questions,” said Mitrovica, the Frank Baird Jr. Professor of Science in the Department of Earth and Planetary Sciences. “There is as much creative thinking that goes into great science as great art, looking at things and saying, ‘What’s a new way of understanding this and building on what’s gone before?’”

Mitrovica’s creative work in geophysics was recognized today by the John D. and Catherine T. MacArthur Foundation, which granted him a coveted “genius” fellowship.

The fellowships, which come with a stipend of $625,000, are awarded each year to 20-30 individuals who have displayed exceptional creativity in their field and have a history of accomplishment as well as potential for future success.

Mitrovica’s research group studies paleoclimate and modern sea-level change patterns across the globe, using statistics, measurements of sea levels taken from land and satellites, and geological records both ancient and modern. The research has implications for predictive modeling of sea-level rise and changes in land formation as a result of global warming.

“Studying paleoclimate provides us with a sense of [what] the natural rhythms of sea-level change should be, and we can also look to ancient geological records to look to other times when the planet was warmer than today or as warm as we are getting to,” he said.

Mitrovica, whose findings have been published in research journals including Science, Nature, and the Journal of Climate, developed ice sheet and glacier “fingerprint” models that support the claim that sea levels do not rise uniformly across the globe as ice sheets melt. His models trace the ways in which melted ice sheets affect sea levels across the planet, decreasing near the melting ice sheet due to gravitational shifts and rising land, and rising elsewhere, particularly in highly populated coastal regions.

“I’m always looking to answer questions about what sea levels were doing back in time, but we’re always cognizant of the lessons and tools that they give us to analyze modern sea levels,” Mitrovica said. “We’re faced with aggressively rising sea levels that are variable for many reasons, and we are going to face significant problems. The exact geometry of sea levels we’ll have by 2050 or 2100 are uncertain, but we know that the answer is not going to be pretty. That’s the next important step, to make accurate projections of sea-level rise, and greenhouse gas emissions as well.”

Mitrovica joined Harvard in 2009 as a professor of geophysics after working as a faculty member in the physics department at the University of Toronto, where he earned his doctoral degree. In 2015 he received the Arthur L. Day Medal from the Geological Society of America, and he gave the W.S. Jardetzky Lecture at Columbia University in 2014.

Pointing to the range of issues and questions studied in Mitrovica’s lab, Dean of Science Christopher Stubbs said the award is well deserved. “It’s wonderful to see such a creative and accomplished colleague be recognized with this generous and prestigious recognition,” he said.

“Harvard has been the perfect place to develop the close culture that we have in our group between researchers and students,” Mitrovica said. “I’ve been extremely fortunate to work with remarkable graduate students throughout my career.”

The students Mitrovica encounters in the lab and in the classroom will guide some of his decisions about his post-MacArthur activities. He has plans to develop more concrete diversity initiatives in the sciences.

“I was in shock when I got the call from the foundation,” said Mitrovica. “It’s an honor and a recognition of our whole research group. But we’ll probably keep going and doing our work. I don’t know if our workday will look too different.” 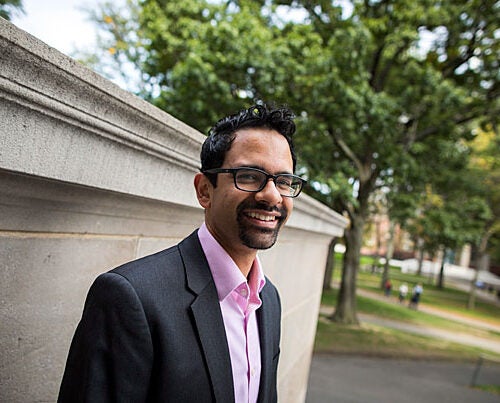 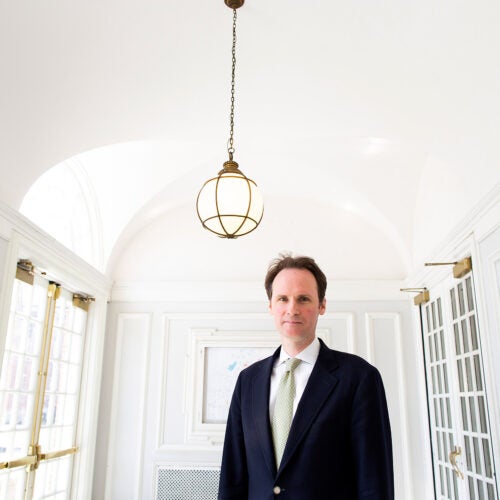