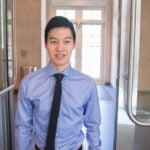 At the corner of med and tech

External wounds such as skin cuts or abrasions can often be easily covered with a simple Band-Aid or a larger wound patch to protect them and facilitate their healing. When it comes to some internal surfaces like those of the gut that are coated with a mucus layer, however, such conventional wound healing materials are ineffective because the mucus hinders their firm attachment and quickly carries them away from the wound site.

Now, researchers at Harvard’s Wyss Institute for Biologically Inspired Engineering and John A. Paulson School of Engineering and Applied Sciences (SEAS) have developed a solution to this problem in the form of probiotic hydrogels made from mucoadhesive nanofibers and produced by an engineered natural gut bacterium. The hydrogels can be easily produced from bacterial cultures and applied as longer-lived self-regenerating “live gels” or shorter-lived “cell-free gels” to intestinal surfaces via syringes, spray, and endoscopic techniques to provide a seal. The study is published in Advanced Materials.

“This new type of engineered living material with its ease of production and storability, biocompatibility, and mucoadhesive properties could be a door-opener for bioactive wound healing strategies for use inside the human gut lumen,” said Neel Joshi, who is a core faculty member at the Wyss Institute and associate professor at SEAS. “We can essentially program the normal nanofiber-producing molecular machinery of nonpathogenic E. coli to produce hydrogels that have a viscosity strongly resembling that of mucus, and with mucoadhesive capabilities built into them; and their modularity could allow us to tune them to match specific sections of the gastrointestinal tract with their individual mucus compositions and structures.”

Joshi’s and other laboratories have previously harnessed commensal strains of E. coli to secrete biofilm-forming nanofibers, and as living foundries for the fabrication of pharmaceuticals, fine chemicals, or substances that can help with environmental remediation by engineering the CsgA protein that the bacteria secrete, which self-assembles into curli nanofibers in the extracellular environment. In these past applications, CsgA was modified to enable additional enzymatic or structural functions, such as the performance of a chemical reaction required for the synthesis of a drug or chemical. However, curli nanofiber-based materials thus far have not been developed for direct use as therapeutics.

“Naturally produced biofilms are known to hinder wound healing processes up to a point where they need to be actively managed by health care practitioners. We have essentially hacked one of the core machineries that produces them with the long-term goal to do exactly the opposite, to produce materials that could support wound healing in an environment that is inaccessible by other materials,” said first author Anna Duraj-Thatte, who is a Graduate School of Arts and Sciences postdoctoral fellow on Joshi’s team. 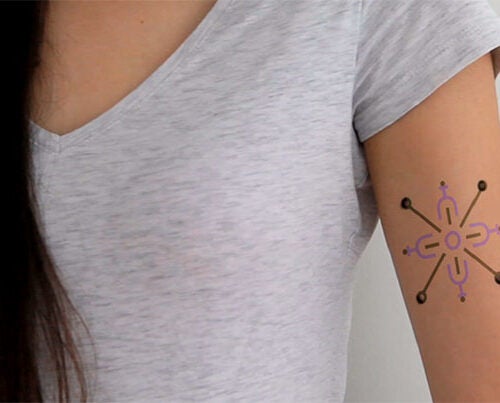 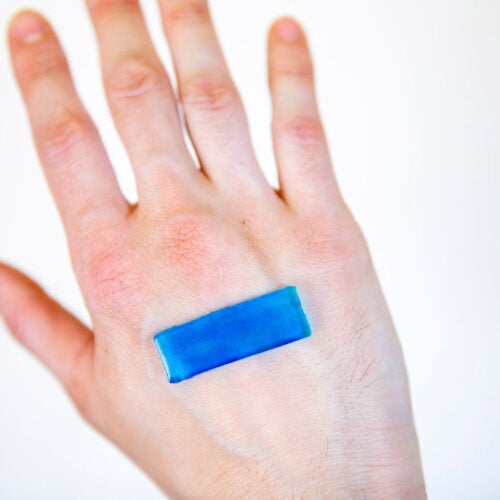 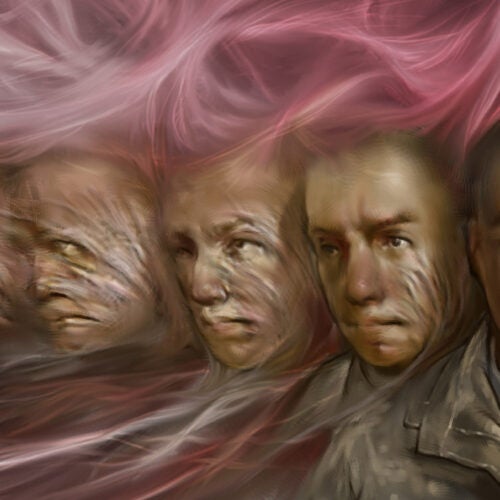 To enable the formation of extracellular hydrogels, the researchers programmed a non-pathogenic strain of the gut bacterium E. coli to synthesize a variant of the CsgA curli protein that is fused to the mucus-binding domain from human trefoil factors (TFFs). TFFs are co-secreted by mucus-producing cells to protect mucosal epithelia from a range of insults, and help them repair injuries. A simple filtration step enables the clean separation of the live bacteria-containing hydrogel from the rest of the culture, while the cell-free gels require an additional step in which the bacteria are killed with a simple chemical treatment. “We think that the presence of the TFF domains enable different curli fibers to crosslink to each other and form a water-storing mesh, and demonstrated that the exact hydrogel properties depend on the type of TFF used,” said Duraj-Thatte.

Collaborating with Jeffrey Karp and instructor of medicine Yuhan Lee at Brigham and Women’s Hospital, the team tested the specificity of tissue-adhesion based on the type of appended domains in the hydrogel. When TFFs were presented on the hydrogels, they enhanced adhesion only to the lumen-exposed mucosal surface of a goat colon tissue sample. Alternatively, when a domain binding to fibronectin protein — which is not found on the mucosa, but on the outward-facing serosal surface of the colon — the hydrogels instead preferentially stuck to the serosal side of the colon tissue sample.

“Joshi’s team took a major problem created by bacteria … and then flipped the problem on its head through genetic engineering so that the biofilm now essentially becomes a healing Band-Aid for our gut.”
— Wyss Director Donald Ingber

“Since hydrogels with different TFF domains can be easily sprayed onto tissue surfaces with controllable adhesion and functional activity, we envision their potential use in endoscopic procedures to treat intestinal disorders, like a spray-on bandage,” said Karp, who is a professor of medicine at Brigham and Women’s Hospital and Harvard Medical School.

When given orally to mice, the cell-containing live gels could withstand the harsh pH and digestive conditions of the stomach and small intestine to reach the cecum with the bacteria intact. The team also found that hydrogels bearing one particular TFF domain (TFF2) enhanced retention of the material in the colon. “The presence of bacteria in live gels prolonged their residency times in the gut from one day to at least five days due to the bacteria’s ability to continuously regenerate the curli fiber networks that are decorated with TFFs, without affecting the health of mice in any obvious way,” said Joshi.

“This is a great example of synthetic biology-based jujutsu in which Joshi’s team took a major problem created by bacteria — the biofilms they create that are so difficult to access and remove — and then flipped the problem on its head through genetic engineering so that the biofilm now essentially becomes a healing Band-Aid for our gut.  It’s an amazing example of biologically inspired engineering at its best,” said Wyss Director Donald Ingber, the Judah Folkman Professor of Vascular Biology at HMS and the Vascular Biology Program at Boston Children’s Hospital, as well as professor of bioengineering at SEAS.

Additional authors on the study are Noémie-Manuelle Dorval Courchesne, Pichet Praveschotinunt, and Jarod Rutledge as members of Joshi’s team.

The study was funded by Harvard’s Wyss Institute for Biologically Inspired Engineering, the National Institutes of Health, and the National Science Foundation.