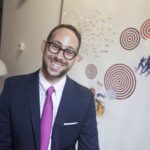 One thing to change: Question that status quo

Anne E. Monius, professor of South Asian religions at Harvard Divinity School, passed away Aug. 3, at the age of 54. She died of natural causes.

A distinguished scholar and engaging teacher, Monius taught for 17 years at Harvard Divinity School (HDS), where she specialized in the religious traditions of India. Her research examined the practices and products of literary culture to reconstruct the history of religions in South Asia.

“Formidably intelligent and rigorous as a scholar, infectiously curious and eclectic in her interests, and exemplary in her teaching and mentoring of students, it is hard to imagine HDS without Anne Monius,” said HDS Dean David N. Hempton. “Her laughter, zest for life, and courage in the face of adversity were inspirational, as were her unfailing messages of gratitude. Everyone at HDS grieves with her family, the community of scholars across the world, and her beloved students, past and present. We will miss her more than words can convey, but we will not forget her values nor her impact on our lives.”

Monius began teaching at HDS in 2002 as assistant professor of South Asian religions. She was granted tenure two years later and named to a full professorship. In 2013‒14, she served as the acting director of the Center for the Study of World Religions at HDS. Prior to teaching at Harvard, Monius spent five years teaching in the Department of Religious Studies at the University of Virginia.

A historian of religion with particular interest in the Tamil culture of southern India, Monius’ 2001 book, “Imagining a Place for Buddhism: Literary Culture and Religious Community in Tamil-Speaking South India,” examined the two extant Buddhist texts composed in Tamil. Her book was based on her dissertation research, which took her to Chennai, India, for two years.

Monius was at work on an upcoming book, “Singing the Lives of Śiva’s Saints: History, Aesthetics, and Religious Identity in Tamil-speaking South India,” which examined the formation of Saiva (Śiva-worship) identity in the medieval period of Tamil Nadu, when the Chola dynasty rose to prominence from the ninth through 12th centuries. What’s more, she was part of a team of scholars translating the Tamil version of the “Ramayana,” one of India’s great epic poems, and was also contributing to Penn State University Press’ Religion Around book series, which looks at how the work of cultural icons shaped and was shaped by their religious milieu. Monius’ subject was Bob Marley and Rastafari’s possible roots in Saiva culture.

Her scholarship took her all over the world. Monius lectured and presented widely in the U.S. and beyond, including Canada, England, Germany, and Switzerland.

In addition to her scholarship, Monius made a significant contribution to the lives of the countless students she advised. She offered guidance not only to students pursuing their doctoral degrees, but as a Harvard College alumna, she also made herself available to undergraduates in need of support. Her passion and dedication to mentoring was recognized by the student body, and in 2014 she received the prestigious Graduate Student Council’s Everett Mendelsohn Excellence in Mentoring Award, established to honor faculty members who go out of their way to support and guide graduate students’ research, education, professional and personal development, and career plans.

“Professor Monius was a dedicated and inspired teacher to many, many students at Harvard and beyond, and she will be mourned and sorely missed,” said Janet Gyatso, Hershey Professor of Buddhist Studies and HDS associate dean for faculty and academic affairs. “She made very important contributions to the fields of Tamil studies, South Asian religions, and Buddhist studies, and was widely and highly regarded for her sharp intelligence, knowledge, and insight into many of the central questions of religious studies.”

Attending Harvard was something Monius knew she would do, even as a child. A class filed trip to Harvard’s Museum of Comparative Zoology when she was 8 years old was a moment that helped inspire her life-long love of learning. In an April 2019 profile, Monius recalled how a chance encounter on that trip with art students sketching c animals left her asking questions.

“It was like I had been living in a broom closet, and somebody opened up the door, and I had no idea what was going on,” Monius recalled. “But I wanted to know.”

Monius returned home to New Hampshire and declared to her family that she would one day attend Harvard. Years later, she applied on her own initiative and was accepted.

At HDS, she was known not only for her scholarship and teaching, but also for her special laugh.

“Anne’s laughter was one of the great sounds of this world,” said Charles Hallisey, HDS’ Yehan Numata Senior Lecturer on Buddhist Literatures. “Just to hear her easy laugh made you want to rush to wherever she was. Her laugh made this world momentarily a better place, even when you heard it coming from the office next door; to be the cause of Anne’s laughter made you feel momentarily better about yourself. It seems just wrong that we and the world will have to go on without the sounds of her laughter to uplift us.

“Anne was a scholar of great intelligence and erudition, both of which she shared freely with others; she was a scholar of great integrity, with a keen sense of academic ethics; and she was a creative and joyful scholar always filled with surprises, such as her learned passion for Bob Marley’s music. Anne was also a unique and remarkable teacher, exemplary in her generosity to her students, in her care for them, and in her dedication to them,” he said.

A resident of Cambridge, Monius is survived by her parents, Eleanor and Felix Monius of Brookline, N.H., her brother, Peter, and his wife, Melissa, her niece, Hannah, and her nephew, Sam.

A memorial gathering to celebrate Anne E. Monius’ life will take place at 1 p.m. on Oct. 11 at Loeb House. The program will include tributes from her colleagues and students, music, and readings. A reception will follow at Loeb House from 2:30 to 4 p.m. 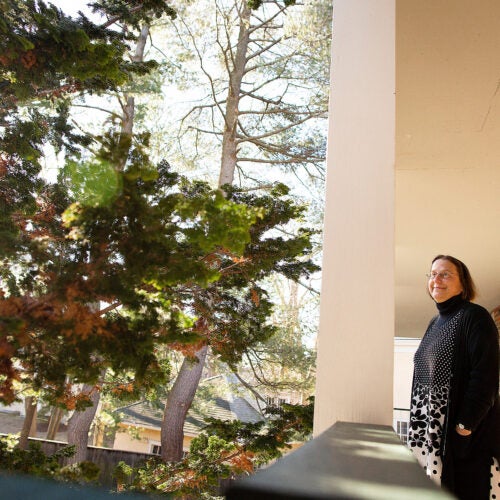 For Anne Monius, an early field trip led to a lifelong love of learning