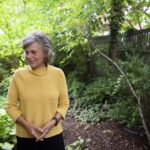 One thing to change: Embrace mindfulness

Steve Schneider works on bonsai time. Which is slow, even in an institution devoted to the growing of trees.

Time, in the Arnold Arboretum’s Bonsai and Penjing Collection, is dictated not by the soundless flip of an iPhone’s digital minute or the breathy turn of an analog calendar page, but by the long evolution of one season into the next and the needs of the collection’s 43 breathtaking, miniature trees.

In the spring, there’s growth and pruning — root and branch — then rest during the idyllic days of summer. In autumn comes the color, the leaf drop, and the slow descent into winter’s drowsy dormancy.

For individual trees, marking time means different things. For the last four years, what’s mattered to a 167-year-old cherry tree is getting healthy.

Reduced to not much more than a fist-sized stump, it landed in the narrow, airy bonsai hospital, a wooden slat house with long tables along each side. Removed from its constricting ceramic pot and wrapped in an “air pot” of stiff plastic with holes punched in its circumference, the cherry — already more than twice as old as most of its full-sized relatives — rebounded. Today, it boasts a dozen young, whiplike branches, festooned with green leaves.

Now that it’s healthy, the cherry will soon undergo the heavy pruning that dwarfs the tree, and the training that gives it dramatic traditional form and that makes bonsai and penjing — the older Chinese practice — as much art as horticultural exercise.

Training can take years, as youthful, springy branches are wrapped in heavy-gauge wire and bent into place, where they grow and harden before additional pruning and new wire wraps go on new growth. The process for this one plant, from the start of rehabilitation to its return to public display, can be as much as 10 years. But Schneider is a patient man.

“As long as the leaves are green and the plant is healthy, I don’t care about anything else,” Schneider said. “We’re a 1,000-year institution, so if someone says to me, ‘You’ll be long dead before it goes on display,’ that’s OK with me.”

The Arboretum’s bonsai collection began in 1937, when former ambassador to Japan Larz Anderson died and his widow, Isabel, donated 30 plants that he had brought home on his return from the island nation in 1913. Another nine followed on Isabel’s death in 1949.

Over the ensuing decades, the collection’s fortunes rose and fell. Several of the original Anderson plants died because of improper care or damage from New England’s harsh winters, which prompted construction of a concrete cold-storage facility in which they’re held at just above freezing during the iciest months. Plants were also stolen, including six lost in a 1986 break-in that led to renovations of the bonsai house and the addition of a new security system.

When Arboretum Director and Arnold Professor of Organismic and Evolutionary Biology William Friedman took over in 2011, he found a bonsai collection in need of more care and attention.

“This is one of Harvard’s great museum collections. It just happens to be alive,” Friedman said. “And keeping a highly stressed plant alive for hundreds of years is a tremendous responsibility.”

In 2014, he put Schneider, the Arboretum’s director of operations and public programs, in charge of the collection, and Schneider dove in, educating himself as much as possible here and on trips to Japan. Japan was an eye-opener, Schneider said. Before visiting there, he had illusions that the Arboretum was doing a good job managing the collection. When he left, he realized how much they had to learn.

“This is a collection that has the potential to do far more in terms of visitor experience and showcasing the Chinese and Japanese traditions of penjing and bonsai,” Friedman said. “What Steve has done — he has a passion for the plants, a personal passion — is spend years thinking through a strategy to bring this collection up to its potential.”

Schneider decided to put fewer of the collection’s plants on show for the public, storing the rest — including those being trained or rehabilitated — in a separate building from which healthy plants periodically are rotated out to refresh the display.

Today, Schneider says he knows enough for a “35,000-foot view” of how the collection should be managed and also enough to appreciate that true expertise — provided by outside bonsai gardeners — is needed for the hands-on management: pruning, repotting, training new plants, and other regular maintenance.

Though just 15 of the original Larz Anderson plants remain, the collection has grown. In 2016, 10 plants were bequeathed to it, bringing it up to 43. Among them are six of Anderson’s original hinoki cypress — the oldest of which, the bonsai collection’s dean, was planted in 1737 — and an olive tree rooted from plant material obtained on Greece’s Mount Olympus. The material was brought to Boston to make wreaths for Boston Marathon winners and remnants were rooted rather than thrown away.

The Arboretum is also trying its hand at creating new bonsais, selecting plants that tie the collection more closely to other Arboretum activities and can also be used as educational examples for the public. Among them are lilacs, which, though not a traditional bonsai plant, echo the Arboretum’s extensive — and popular — lilac collection.

“We want to tell many stories — for starters, any plant can be bonsaied,” Schneider said. “You can look at the plant in the bonsai collection and then head into the Arboretum to find its full-size, unpotted cousin growing in the collections.” 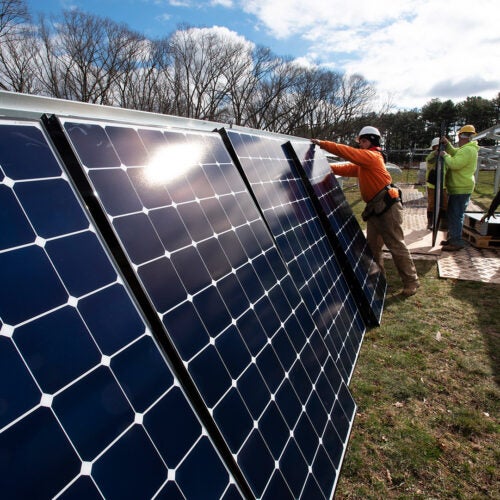 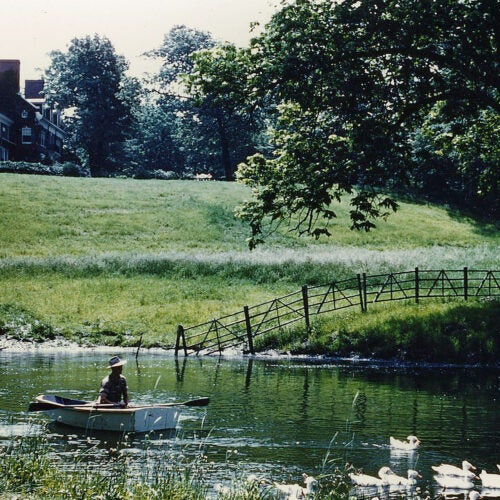