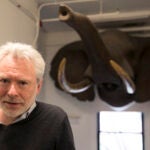 The living landscape of the Arnold Arboretum of Harvard University thrives — for nearly 150 years the extensive collection of woody plants has been harnessing the energy of the sun, pulling in its rays to flourish.

A new solar project now underway at the historic institution is taking that a step further by using the sun to power its scientific research facilities dedicated to understanding plant life, both at the Arboretum and around the world.

The groundbreaking project complements Harvard’s Climate Action Plan and the city of Boston’s Carbon Free Boston initiative to become fossil-fuel free by 2050. When completed in the fall, the Weld Hill Solar Project will provide up to 30 percent of the energy used by the Weld Hill Research and Education Building in Roslindale. On about 1.2 acres adjacent to the facility, the solar project marks the most ambitious sustainability initiative to date for the Arboretum, and for the University.

William “Ned” Friedman, the Arboretum’s director and Harvard University Arnold Professor of Organismic and Evolutionary Biology, said he wants to look out his office window at the panels every day and be reminded of the continuing and collective human obligations to the planet.

“The planet’s biodiversity has been harnessing the sun’s energy forever. It is time for humans to put solar energy generation and storage technology to work to do more. It’s a moral mandate,” he said. “At the Arboretum we are taking responsibility for our carbon footprint and our obligations to the planet. It is wonderful to be able to show the Boston community that climate change solutions can begin right here, in our own backyards.”

The Weld Hill Research and Education Building is a 45,000-square-foot, state-of-the-art science laboratory and teaching facility that opened in 2011. On any given day researchers, faculty, and students from Harvard and elsewhere use its laboratories, greenhouses, growth chambers, and classrooms to further the study of plant life and its connection to all life on Earth.

The 1,152 ground-mounted solar panels and 145-panel solar awning that will power the facility constitute a 450-kilowatt system capable of producing more than 542,061 kilowatt hours a year. Occupying three sections of the Weld Hill property, photovoltaic systems, or PV arrays, convert light directly into electricity and work in conjunction with a sophisticated energy storage system. Space below one array will be used as a pollinator meadow that supports wildlife. The benefits of the Arboretum solar installation are twofold, according to Friedman: harvesting the sun’s energy, and driving the general health of the local ecosystem.

The Weld Hill Solar Project is the third solar installation erected at the Arboretum as part of the University’s institutional commitment to sustainable development and fighting climate change. In 2016, the Arboretum installed its first solar panel array on the roof of the Hunnewell Building maintenance garage and a second on the Dana Greenhouse Facility Building. The Weld Hill project is Harvard’s second-largest solar installation, and it will increase the University’s solar energy capacity by nearly a third. 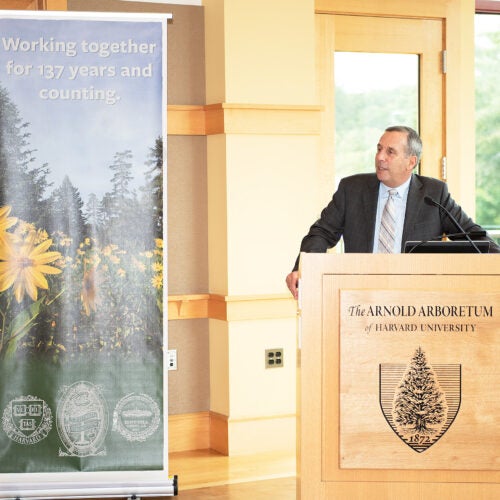 A flip of the switch to mitigate climate change 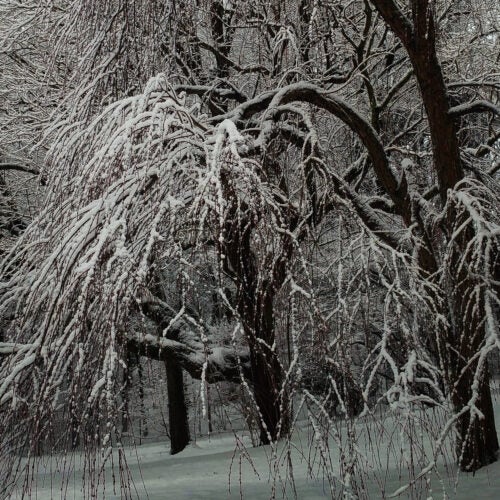 A growing role as a living lab

At Arboretum, researchers find ‘all of the species we would ever want to look at, and then some’ 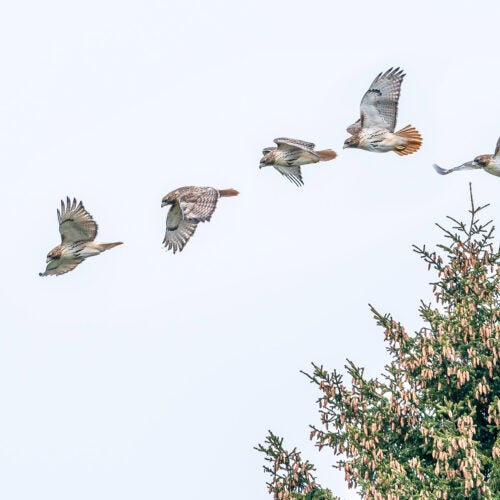 All three projects are funded by Harvard’s Green Revolving Fund and will reduce the Arboretum’s dependence on fossil fuel and nuclear-generated electricity. Over 25 years they could offset an estimated 1,144 metric tons of carbon dioxide equivalent, comparable to 1,250,650 pounds of coal burned, 2,649 barrels of oil consumed, or 145,874,092 smartphones charged.

“We as a University are continually reviewing practices to lower our carbon footprint and become a progressively sustainable institution,” she said. “The Arnold Arboretum is helping carry out that mission, not only through the advancement of scientific research through its living collections, but also as an important leader in sustainability efforts at Harvard.”

The project is employing the latest and most innovative solar technology available. Referred to as a “smart system” by Solworks Energy, the Boston-area solar and energy storage developer overseeing the installation, this system is so smart that it will not only monitor the building’s demand for electricity, but also jump ahead of it to use stored energy from a high-capacity battery array to reduce peak draw from the power grid — a critical feature for the Weld Hill laboratories, greenhouses, and plant growth chambers. The energy-storage battery array will mitigate use during high-demand periods when heavy energy consumption necessitates the use of less-efficient, carbon-emitting peaking power plants, which switch on when the grid is more stressed.

Benjamin Cumbie, founder and managing director of Solworks Energy, has managed multiple solar projects at Harvard. He said the Weld Hill project is one of the earliest uses of this forward-thinking solar energy storage technology.
“I think of storage in a really simple way,” Cumbie said. “It’s like a mason jar. You are basically canning clean energy for times when the market begins providing dirtier energy during peak demand. What the batteries do is have almost two megawatt hours of power on reserve for the Arboretum to use when it makes the most sense.”

It also ensures a reliable and economical power supply over the long term in an urban environment, according to Derek Brain, Solworks Energy’s executive director. The Weld Hill system is not just solar power, he said; it is solar plus storage.

“Demand will continue to get higher, particularly in the populated part of Massachusetts that we live in,” said Brain. “Because there’s an ever-increasing demand for electricity, it’s getting harder and harder to build the infrastructure to deliver that electricity.”

The solar project is not only sensitive to the energy needs of the Arboretum, but also to the neighborhoods surrounding its perimeter. The Arboretum established a task force early in the planning process to determine the impact on the abutting communities and minimize disrupting the view.

Rob Orthman, a third-generation Roslindale resident and former president of the Longfellow Area Neighborhood Association, where the parcel is located, said Arboretum leadership is engaging in the larger mission of the community and setting an example by adopting aggressive policies around climate change.

“I think it’s great this is going to be in our backyard,” he said. “We can point to it and understand its meaningful impact. This is the future. … We should applaud and encourage it.”

The design of the solar array takes extra steps to ensure the health of the natural habitat around it: The pollinator meadow beneath the panels in the east array will be the first of its kind in Massachusetts. The urban-managed ecosystem of locally collected grasses and flowers will provide habitat for a variety of native pollinators and insect and bird biodiversity.

“We are excited about the possibilities to have our students, faculty, and staff learn from this storage project and apply the learnings to our broader climate goals as well as connect to the shared work Boston and the region are doing to address climate change,” she said.

Boston City Councilor Matt O’Malley said investing in renewable energy is necessary to confront the real and growing impact of climate change, and called the Arboretum a leader in that battle.

“I appreciate the Arnold Arboretum’s continuing commitment to reducing the Weld Hill Research Building’s reliance on the electrical grid,” he said. “Meeting such goals is essential to our city’s broader commitment to environmental sustainability.”