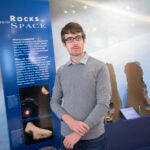 For decades, researchers have chased ways to study how biological machines power living things. Every mechanical movement — from contracting a muscle to replicating DNA — relies on energy-fueled molecular motors that take tiny, near-undetectable steps. Trying to see these movements is like trying to watch a soccer game on the moon from Earth.

Now, in a recent study published in Nature, a team of researchers including Xiaowei Zhuang, the David B. Arnold Jr. Professor of Science at Harvard University and a Howard Hughes Medical Institute Investigator, Pallav Kosuri, a postdoctoral scholar in chemistry and chemical biology in the Zhuang lab, and Benjamin Altheimer, a Ph.D. student in the Graduate School of Arts and Sciences, captured the first recorded rotational steps of a molecular motor as it moved from one DNA base pair to another.

In collaboration with Peng Yin, a professor at the Wyss Institute and Harvard Medical School, and his graduate student Mingjie Dai, the team combined DNA origami with high-precision single-molecule tracking, creating a new technique called ORBIT — origami-rotor-based imaging and tracking — to look at molecular machines in motion.

In humans, some molecular motors march straight across muscle cells, causing them to contract. Others repair, replicate, or transcribe DNA: These DNA-interacting motors can grab onto a double-stranded helix and climb from one base to the next, like walking up a spiral staircase. To see these mini machines in motion, the team wanted to take advantage of the twisting movement. First, they glued the DNA-interacting motor to a rigid support. Once pinned, the motor had to rotate the helix to get from one base to the next. So, if they could measure how the helix rotated, they could determine how the motor moved.

But researchers face a problem: Every time one motor moved across one base pair, the rotation shifted the DNA by a fraction of a nanometer. That shift was too small to monitor with even the most advanced light microscopes.

Two pens lying in the shape of helicopter propellers sparked the idea for a solution: A propeller fastened to the spinning DNA would move at the same speed as the helix and, therefore, the molecular motor. If they could build a DNA helicopter, just large enough to allow the swinging rotor blades to be visualized, they could capture the motor’s elusive movement on camera.

“If you have two complementary strands of DNA, they zip up,” Kosuri said. “That’s what they do.” When one strand is altered to complement a strand in a different helix, they can find each other and zip up instead, weaving new structures.

To construct their origami propellers, the team turned to Yin, a pioneer of origami technology. With his and Dai’s guidance, the team wove almost 200 individual pieces of DNA snippets into a propeller-like shape 160 nanometers long. Then they attached propellers to a regular double helix and fed the other end to RecBCD, a molecular motor that unzips DNA. When the motor got to work, it spun the DNA, twisting the propeller like a corkscrew.

“No one had seen this protein actually rotate the DNA because it moves super-fast,” Kosuri said.

The motor can move across hundreds of bases in less than a second. But with their origami propellers and a high-speed camera running at a thousand frames per second, the team could finally record the motor’s fast rotational movements.

“So many critical processes in the body involve interactions between proteins and DNA,” said Altheimer. Understanding how these proteins work — or fail to — could help answer fundamental biological questions about human health and disease.

The team started to explore other types of DNA motors. One, RNA polymerase, moves along DNA to read and transcribe the genetic code into RNA. Inspired by previous research, the team theorized this motor might rotate DNA in 35-degree steps, corresponding to the angle between two neighboring nucleotide bases.

ORBIT proved them right. “For the first time, we’ve been able to see the single-base-pair rotations that underlie DNA transcription,” Kosuri said. Those rotational steps are, as predicted, around 35 degrees. 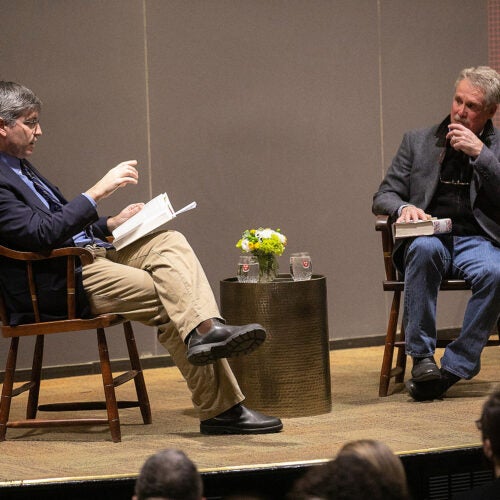 Millions of self-assembling DNA propellers can fit into just one microscope slide, which means the team can study hundreds or even thousands of them at once, using just one camera attached to one microscope. That way, they can compare and contrast how individual motors perform their work.

“There are no two enzymes that are identical,” Kosuri said. “It’s like a zoo.”

One motor protein might leap ahead while another momentarily scrambles backwards. Yet another might pause on one base for longer than any other. The team doesn’t yet know exactly why they move like they do. Armed with ORBIT, they soon might.

ORBIT could also inspire new nanotechnology designs powered with biological energy sources such as ATP. “What we’ve made is a hybrid nanomachine that uses both designed components and natural biological motors,” Kosuri said. One day, such hybrid technology could be the literal foundation for biologically-inspired robots.