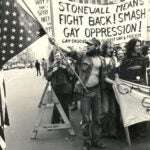 The monsoon is often referred to as India’s “finance minister,” writes author Sunil Amrith, because the economy of South Asia is so deeply tied to the amount of rainfall the monsoon brings each year — filling aquifers, irrigating agriculture, and driving hydroelectricity. But climate change is threatening to shift its patterns, making it more erratic, with the potential to destabilize livelihoods throughout the region. In fact India just had its driest June in five years due to a delay in monsoon rains, according to government data. But in parts of the country recent heavy rains have brought deadly floods.

In his latest book, “Unruly Waters: How Rains, Rivers, Coasts, and Seas Have Shaped Asia’s History,” Amrith, the Mehra Family Professor of South Asian Studies and chair of the Department of South Asian Studies, traces the intricate role water plays in the interconnected economic and social structures of South Asia and tells the stories of people and institutions that have undertaken massive efforts to harness water and control its distribution.

GAZETTE: How would you describe the summer [or southwest] monsoon to someone who has never experienced it?

AMRITH: It feels like the world is dissolving. Both the intensity and the pervasiveness of water during those months of the year are what characterize them. And if you’re in a big city like Mumbai, you are certainly in this “floating city” to some extent.

I think one of the defining features of the monsoon climate is its period of waiting, which is culturally very resonant in South Asia. Going back to the great Indian epic poems, you have this account of waiting for the rains to come, and of course they come after the heat has built and built and built through April and May. The phrase often used is “the burst of the monsoon.”

GAZETTE: It’s fascinating to realize that all the rivers that course through South Asia originate in the Himalayas. What is the relationship between the mountains and the monsoon in terms of supplying water to the region?

AMRITH: They are such an integrated system. The Himalayan rivers are year-round rivers because they are supplied and fed both by rainwater and by snowmelt from the mountains. But they vastly increase their volume during the monsoon season from April to September, so it really is a sort of feedback loop between the meltwater of the Himalayas and the rains. The Himalayas also act as a barrier to the southwest winds, concentrating most of the rainfall on the Indian Gangetic Plain.

Increased snowmelt and the recession of glaciers have major implications. A recent study shows that the rate of snowmelt is even worse than we feared. And so it’s precisely the interaction between seasonal rainfall, the enormity of the Himalayas — which have such an effect on the world’s climate that they have been called the “third pole” — and the sheer number of people who depend on these waters that positions South Asia at the front line of climate change. The fact that so many of these rivers cross national borders complicates all of this.

GAZETTE: Which parts of the monsoon system are thought to be affected by climate change?

AMRITH: All of it. For example, if the oceans are warming faster than the land, which many studies have shown to be true, that actually narrows some of the thermal contrast needed to drive the monsoon system. This may be one reason why the monsoon system has not behaved as many models would predict that it should, with many studies suggesting a diminution rather than an increase in mean annual rainfall, despite surface warming.

GAZETTE: Although you are not a scientist, you’ve had to become a student of climate science in order to write this book. Based on your understanding, to what extent is there scientific certainty that the monsoon is changing?

AMRITH: Based on my reading of the climate science, and my discussions with scientists, there’s reasonable confidence that the monsoon is changing, but huge uncertainty about exactly how and exactly why and on what timescale. I think the overall patterns around which there is something of a consensus is that there’s been a rise in extremes.

What rainfall there is tends to be more concentrated in periods of very intense precipitation. An important study suggests that there’s been a decline in average rainfall of about 7 percent since the 1950s, though some suggest this has reversed over the past few years. What is clearer is that the monsoon has been more prone to extremes of wet and dry.

GAZETTE: In order to redirect water from the rivers, India and other countries in South Asia went through a period of dam building in the 1950s and 1960s. Subsequently, India went through an extensive period of well digging to access groundwater in the 1970s, which led to the so-called Green Revolution. Which of these two approaches had the most impact?

AMRITH: Dam building did not play a major role in the Green Revolution. It was mostly driven by access to groundwater [digging wells, pumping water out of the ground].

I think we can accept two things about the Green Revolution as both being true. One is that it saw absolutely astonishing gains in food production. So, for the first time in the 1970s, India became self-sufficient in food, which it hadn’t been since the late 19th century — if not before that. China too saw enormous increases in agricultural production without any expansion of the amount of land given over to agriculture.

And, alongside this, I think we need to acknowledge two negative effects of the Green Revolution. One was dramatic deepening of rural inequalities, so that the gap between those farmers who benefited from the Green Revolution and those who did not grew ever sharper in India. The poorest farmers today in India are those who still have access to no irrigation whatsoever. So, there’s the inequality question, but there’s also the sustainability question. Regions of India that most benefited from the Green Revolution — the northwest, Punjab, parts of western India, parts of southeastern India — have water tables that are critically depleted today. So, it is not clear whether that model of agricultural expansion is inherently sustainable.

GAZETTE: Do people in India today have to pay for water?

AMRITH: Some do and some don’t, and that’s part of the question of inequality. Groundwater is essentially a free resource for those who own the land and who have the technology to drill — and there are many who argue that that shouldn’t be the case because, in a sense, groundwater is a public good, a public good that is captured as a sort of private gain for those who own land. On the other hand, many of the poorest people in India do have to pay for their water, particularly those who live in underprivileged urban neighborhoods. They pay the so-called “tanker mafia” for access to water. So, the questions are: Who pays for water and who pays for electricity? One of the stories behind India’s so-called groundwater revolution is that large farmers have enjoyed heavily subsidized energy, which they used to power the pumps that dig wells. That has had perverse effects in terms of inequality.

GAZETTE: What are examples of “downstream” consequences in the accessing and controlling of water?

“South Asia is interesting for one simple reason: This is an example of a large and complex society that has always lived with and has devised many distinctive ways of managing climatic uncertainty, long before anthropogenic climate change.”

AMRITH: In many ways the control of water was part of the post-independence project of democratization in India. The idea was that harnessing water would liberate Indian farmers from being prisoners of the monsoon, and that they would be able to access irrigation water year-round.

Things didn’t turn out that way, and I think one of the tragedies of the story is that those large dam projects ended up deepening inequalities. If you think of the vast numbers of people displaced by these large dam projects in India — that’s not random. It has tended to be people from marginalized Adivasi communities who lose their land, because it is taken over by the giant reservoirs that dams create. They are not compensated; they are uprooted from their lives and their livelihoods because they are denied the political power to negotiate with the state. Some of the largest social and political movements in Indian history in the late 20th century have had to do with large dams and mobilizing against some of their effects.

GAZETTE: Thinking about our current global climate crisis, what lessons can we draw from South Asia’s experience that might suggest a way forward?

AMRITH: South Asia is interesting for one simple reason: This is an example of a large and complex society that has always lived with and has devised many distinctive ways of managing climatic uncertainty, long before anthropogenic climate change.

More immediately, progress made in South Asia has always been as a result of political pressure and mobilization. One of the features of the history of South Asia since the 1970s and 1980s is its powerful environment movement — one that has been an inspiration to movements in other places and which might continue to be so. By no means have they always been successful — probably more often than not they haven’t.

Finally, the history of water in South Asia adds weight to the many voices in the debate about global climate change saying to us that we really have to think more about inequality. Yes, climate change is a shared problem on a planetary scale. But it affects some people much more profoundly than others, and some people have many more resources to deal with or mitigate it than others do. That, for me, is the biggest lesson that comes out of my book and my work on South Asia. We need to put inequality at the heart of the story when we are thinking about climate and climate change. The other lesson, and the note on which I end “Unruly Waters,” is a conviction that the sharing and harnessing of water never has been, and never could be, purely a technical question. It is a political, moral, and economic issue. There is no quick solution to these problems, and yet we remain addicted to technological fixes.

This story has been edited for clarity and length. To read the full story, visit the Weatherhead Center for International Affairs. 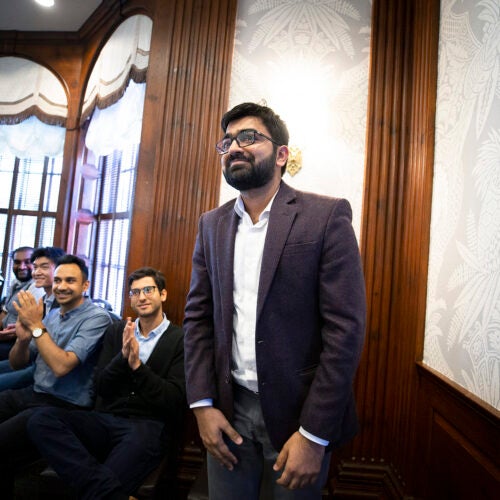 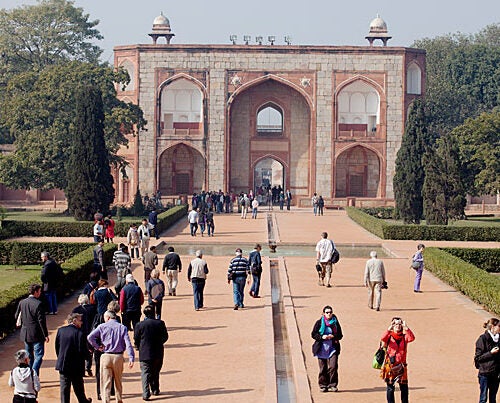