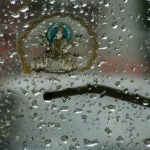 Hundreds of thousands filled the streets of Hong Kong on Sunday, the most recent in a series of protests against a proposed extradition bill that would send those accused of certain crimes to mainland China for trial. In a major reversal Tuesday, Carrie Lam, Hong Kong’s chief executive, declared the proposal “dead.” Many view the demonstrations as the greatest challenge to Beijing’s authority in Hong Kong since British officials turned the former colony back to China in 1997 under a “one country, two systems” declaration that afforded Hong Kong more autonomy until 2047.

Tony Saich says tensions and unrest over China’s tightening grip and eventual takeover have been present from the start. And the director of the Ash Center for Democratic Governance and Innovation and Daewoo Professor of International Affairs at Harvard Kennedy School argues the protests underscore the stark differences between the identities and cultures of insular, developing China and cosmopolitan, capitalistic Hong Kong that go far beyond economic self-interest. The Gazette spoke with Saich about what the future may bring.

GAZETTE: It seemed like at the beginning the “one country, two systems” plan was working well, but that China has been tightening the reins. Why?

SAICH: I think there has always been a question of how long China might let the autonomy proceed. And there have been comments, although not officially sanctioned by the most senior leaders, that really the 50-year role is already past its sell-by date. That has been floated by a number of people on the mainland, and I think those in Hong Kong have felt very sensitive to those sentiments, really believing that 50 years is 50 years.

What has happened, I think, are a number of significant events in which China has tried to push through measures that challenge Hong Kong’s identity, and those have created uncertainty about how long the leadership in Beijing will really stay committed to that 50-year process. Right now, it’s around this extradition treaty. There have been other causes before around a security bill, the question of introduction of patriotic education, and all those events have set off strong protests and demonstrations in Hong Kong by locals who feel these actions are really beginning to infringe on the agreement and that Beijing is moving toward tightening the constraints.

GAZETTE: There has been concern that the protests could lead to another Tiananmen Square-style crackdown. Do you think something like that could happen?

SAICH: I think it would really have to reach an absolutely extreme point. It’s been rumored that one of China’s vice premiers went to Shenzhen and carried a message from President Xi Jinping telling the Hong Kong authorities that he did not want to see extreme violence in their response because he knows the world is watching. And it would be a massive public-relations disaster for Beijing if things really began to slip and slide out of control. Having said that, in some ways the protests have allowed Beijing to get better control of the narrative by stressing the need for the rule of law and peaceful demonstration and so forth. Chinese leaders were at an absolute disadvantage prior to that.

GAZETTE: I am curious about the reaction to the protests in China. It appears many mainland Chinese have reacted negatively to the Hong Kong demonstrations. Why?

SAICH: I think the question is: What do people in mainland China really know about what is going on, even educated members of the middle class? They probably are not going to get full information, and to be honest they are probably not that interested in digging it out. It’s not a life-or-death, make-or-break issue for the middle class in mainland China. And I think many of them have bought into the Communist Party’s narrative that “without us there will be chaos and that we can steer the ship of economic growth forward and that any disruption through protest would be damaging to that.” If they do have that mentality then they probably apply that to the situation in Hong Kong and think the instability might be undermining and destabilizing for economic growth. And, if you present it from Beijing’s point of view, that murderers and rapists of course should be extradited from Hong Kong to be tried in the mainland if that’s where they committed the crime, and if you don’t really know a lot of the background to Hong Kong and the context within which the demonstrations are taking place, that could seem a perfectly reasonable argument.

GAZETTE: Some have suggested that those in Hong Kong were happy to forgo certain freedoms in order to maintain their economic prosperity.

SAICH: I think that’s really where Beijing has seriously misread the situation in Hong Kong. Their strategy essentially was to work with the elites in Hong Kong and help Hong Kong millionaires become billionaires and give them honorary positions in the National People’s Congress or in the Chinese People’s Political Consultative Conference. I think they felt that knotting and tying together Hong Kong’s economic fortunes with those of the mainland would be sufficient to ensure that Hong Kong could be well managed.

But I think what we have seen with continued annual protests about Tiananmen on June 4, the events that I mentioned earlier, and then this question around the extradition treaty, is that for many in Hong Kong, identity is important and overrides the question of simple economic self-interest. What we have seen is that the number of people, particularly young people, who identify themselves as Hong Kongers and do not see themselves as being Chinese has really grown as they perceive Beijing instituting more constraints. One opinion poll from 2018 conducted by Hong Kong University shows that of those living in Hong Kong between the ages of 18 and 29, only 3 percent identified themselves as Chinese. And that really would indicate that Beijing has not won the battle for hearts and minds and has actually lost the youth in Hong Kong. I think that a lot of young people in Hong Kong don’t really see a positive future there, and a lot of people are disillusioned about the potential for Hong Kong’s future. So one of the dangers is that Hong Kong may lose a lot of its young people as they look for an exit strategy.

GAZETTE: How do you think Hong Kongers differ in their thoughts, aspirations, politics, and values from those living in mainland China? What exactly are they fighting for?

SAICH: I think there are different starting points for that. Above all, Hong Kong was a British colony for 150 years. It wasn’t a democracy, admittedly, but it had a much freer, much more open society and more international engagement than the mainland until recently, and I think that produced a different culture and a different approach, which is distinctly cosmopolitan, distinctly open. And even though Chinese cities are much more cosmopolitan than they used to be, they are still not very experienced globally in the way that Hong Kong is. In addition, some of the younger people growing up don’t remember the period of the British colonial authority, but they have been promised this greater autonomy. They are in many ways global citizens, and I think they fear that is being closed down and that increasingly Beijing will dictate to them what they can and cannot do. Events such as the kidnapping of the booksellers and others being taken across the border has made them feel like those freedoms are actually very fragile. They also feel like the chief executive, Carrie Lam, really represents Beijing’s interests rather than the interests of the people of Hong Kong.

“I think the question is: What do people in mainland China really know about what is going on, even educated members of the middle class? They probably are not going to get full information, and to be honest they are probably not that interested in digging it out.”

Young people face a lot of challenges in Hong Kong. It’s incredibly expensive, and jobs are difficult to come by. Finding housing is also very difficult; many people still have to live with their parents in small apartments because it’s so expensive otherwise. All that contributes to this air of pessimism that some of the young people tend to have. And like a lot of young people, when there is an avenue to vent your frustrations, you are likely to follow it. So this question around the extradition treaty provided that vehicle for frustrations to be vented. But what’s interesting is it has been an extraordinary number of people, and a very wide range of people as well.

GAZETTE: What does that mix of protesters say to you?

SAICH: We have seen it before when there have been obvious challenges to what people interpreted as being Hong Kong freedoms. So I wasn’t surprised that there was a protest, but I was surprised by the number that turned out. Even if the lower figures are true, a very significant percentage of the Hong Kong population took to the streets. And I think there are other things that play into it. There is frustration with mainlanders coming down to Hong Kong, often those who are quite wealthy, often bringing a lot of their businesses with them, buying up apartments and so on. I often avoid speaking Mandarin when I am in Hong Kong. A lot of local Hong Kongers don’t like it because they have their own language, Cantonese. So when you speak Mandarin, particularly if you are Chinese, you are singled out as someone from the mainland and that doesn’t always go down so well. And then of course there are stories of people coming down from Beijing and using the hospital facilities and other services and the perception that this is somehow squeezing out Hong Kong citizens. I have no idea whether that’s true or not, but it plays into that general perception.

GAZETTE: Looking ahead, what do you see happening after 2047? Will Hong Kong be able to hold onto its autonomy until then or even perhaps after?

SAICH: Well, if I knew the answer to that, I wouldn’t be an academic; I would probably be playing the casino. So much depends on what happens and what evolves in Beijing. If the political system, the overwhelming desire to control as many aspects of state and society as you can, persists, then by extension you would think that would also find its way through into Hong Kong. And as I said earlier, some people, admittedly not the most senior leaders, have already floated the idea that the 1997 agreement is already a historic document and doesn’t really match the current situation. Now, if that atmosphere becomes more pervasive from the mainland, you might see the autonomy getting squeezed earlier. 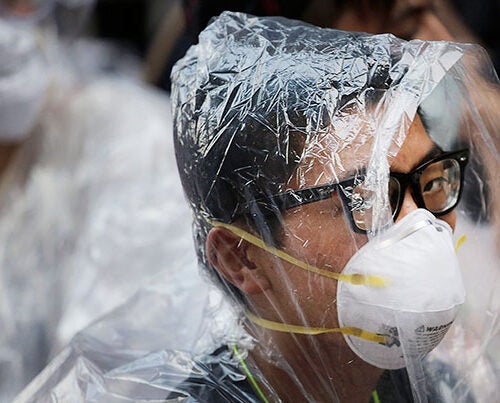