The lessons he learned from the class he taught 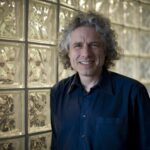 Every spring for the past 14 years, Dennis Norman taught a field research course that sent students to Native American communities all over the country to address health and other inequities and improve the lives of the people he calls his brethren.

Offered through the Harvard Kennedy School (HKS) and the Graduate School of Education (GSE), the course, “Native Americans in the 21st Century: Nation Building II,” is close to Norman’s heart. Not only because of his descent — his grandfather, Pearl Cloud Norman, was born in the Indian territory before Oklahoma became a state —but also because as a trained psychologist, he considers it his mission to help build healthy communities.

“I’m trained to be a healer,” said Norman in his Story Street office, decorated with posters featuring past campus events on Native American issues. “Anything I can do to make healthier communities is dear to my heart. And everything we have been doing was helping to build healthier environments for contemporary native communities, respecting their sovereignty and their culture.”

Norman, Ed.D. ’81, the faculty chair of Harvard University Native American Program (HUNAP) since 2005, is retiring from his post and from teaching the course at the end of June. But he will continue working to better Native Americans’ lives, following his students’ example.

Over the past 14 years, Norman’s students have undertaken 120 projects in places such as Montana, Arizona, Maine, New Mexico, Wisconsin, Alaska, and Hawaii. They have helped open health care centers, launch summer youth programs, draft strategic plans for heritage centers and museums, and develop efforts to preserve native languages and cultures.

The requests for assistance come from indigenous and tribal organizations, a counterpoint to the history of exploitation of Native American communities by university researchers.Some have been fully realized, such as a day-care center for the Shinnecock Indian Nation on Long Island and a school program for gifted indigenous youth in Ontario, Canada.

“It’s probably the most interesting thing I have done, educationally,” said Norman, who was chief of psychology at Massachusetts General Hospital from 1989 to 2014. “For students, it’s such an unusual opportunity to work on a real-life problem and have a hands-on experience. It’s also a chance to get them out of the stereotypic thinking about Native Americans because they have personal interactions with people who are trying to build better communities.”

The class is the second part of the Nation Building courses developed by Joe Kalt, Ford Foundation Professor of International Political Economy Emeritus at HKS. Kalt teaches the introductory “Native Americans in the 21st Century: Nation Building I” during J-term, in which students become familiar with the inequalities Native Americans face, such as high rates of poverty and unemployment, before they go into the field.

Gabrielle Scrimshaw, M.P.A. ’18, credits the courses with inspiring her choice of career. A co-founder of the Aboriginal Professional Association of Canada, Scrimshaw is based in California, where she works as a consultant on indigenous economic development projects and as a speaker on indigenous issues.

“When I took ‘Nation Building I,’ there was a moment when I thought, ‘I can’t imagine doing anything else,’” said Scrimshaw. “And what I loved about Professor Norman’s class was the ability to go out and work with a tribe on a project. Also, as a Native American student, having a Native American faculty was crucial. It’s so important to see yourself reflected in success.”

Truman Burrage ’19, former president of the Native Americans at Harvard College, admired Norman’s dedication. “He could have been publishing research papers,” Burrage said. “But instead he’s dedicated to helping native communities.”

At his retirement party in late May, Norman was surrounded by family, friends, and colleagues and honored for his work to improve the lot of indigenous communities and make them visible to the general public, who often finds Native American problems easy to ignore. Among those who attended were Harvard Provost Alan Garber and Judith Singer, the James Bryant Conant Professor of Education and Senior Vice Provost for Faculty Development and Diversity.

At the event, Mohegan Tribe Chief Lynn Malerba offered a prayer in Mohegan thanking Norman and wishing him well. Norman received two blankets, one featuring the College logo and the other depicting a turtle, which represents the creation story in some Native American beliefs. Blankets, in indigenous traditions, are the ultimate expression of respect to elders or community leaders; they keep them warm and mark a transition in time.

In his new life, Norman plans to live in Colorado and travel across his beloved Plains and mountains in Montana, Wyoming, and Idaho, the places where he grew up. He looks forward to spending time at Fort Peck Reservation, home to the Assiniboine and Sioux Nations, in Poplar, Mont., where he developed deep bonds through the Harvard course. At Fort Peck, he hopes to launch a rescue-dog training program to help strays but also to offer people a method to heal from trauma.

In a surprise ceremony seven years ago, the Fort Peck tribes “adopted” Norman in gratitude for his work, and named him Pejuta Uta Omani, Lakota for “He Walks with Medicine.” The ceremony was solemn and meaningful to Norman, a sort of homecoming for him.

“I was a lost Indian without a home,” said Norman. “I didn’t grow up on a reservation. I wasn’t raised in the culture, but I’ve always worked in Indian country. But that day, I felt I had found a place where I could feel spiritually at home. It was like going back home.” 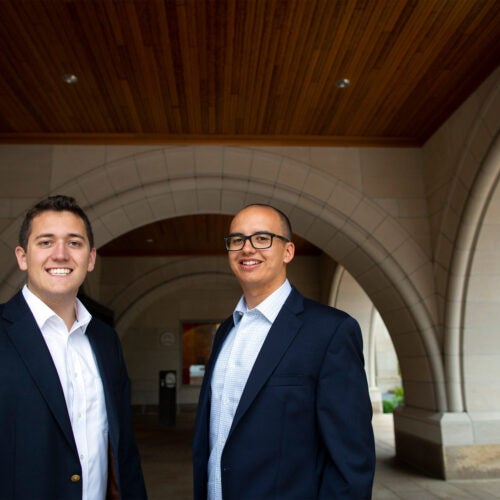