Partnering means more at the library 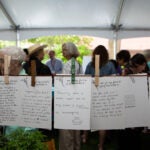 By collaborating with other universities and sharing collections, Harvard Library is making 90 million books available to its users

When Sarah Thomas started as head of Harvard Library in 2013, she was handed a chart showing how the number of books the library held would grow exponentially.

Thomas, who stepped down earlier this year as vice president of the Harvard Library and University Librarian and Roy E. Larsen Librarian for the Faculty of Arts and Sciences, knew that wasn’t an option — even with the projected growth, the Library would continue to amass an ever-smaller percentage of the explosively growing array of global information sources. Plus, there’s a limit to how many books can fit on a shelf, to how many shelves can fit in a building, and how many buildings can fit on a campus. With space and funds at an ever-growing premium, something had to change.

Other libraries were finding themselves in similar circumstances. The shared problem of library collections called for a shared solution.

So now, for the first time, Harvard Library is joining forces with other institutions to build one collection — and share it. By teaming up with the Research Collections and Preservation Consortium (ReCAP), a consortium made up of Columbia, Princeton, and the New York Public Library, and with the Ivy Plus Libraries Confederation — a consortium among 13 leading academic libraries that grew out of the BorrowDirect resource-sharing service started in 1999 — Harvard is making 90 million books available to its users — almost three times the holdings of the Library of Congress, the world’s largest library.

Located on Princeton’s Forrestal Campus, ReCAP was originally a place for Columbia, Princeton, and the New York Public Library to store the books that couldn’t fit inside their buildings.

As Harvard joins the partnership, the vision for ReCAP is shifting from storage building to shared collection. At the same time, the Ivy Plus libraries are moving beyond BorrowDirect to collective collection-building. That means not just sharing books, but collaborating on strategy. The libraries will need to think several steps ahead for the best way to assess, maintain, and build collections for the future.

“We’re doing something radical that will change the way in which libraries operate,” Thomas said. “And we expect that it means service will improve radically.”

Taking cues from the sharing economy, joining ReCAP and Ivy Plus allows Harvard Library to connect users with the materials they need without having to own them all itself.

At the same time, the partnership allows the library to free up physical space on campus and room in the budget to collect one-of-a-kind materials.

“Each of the libraries can lean on the others for their specific strengths,” said Elizabeth Kirk, associate University librarian for scholarly resources at Harvard. “It’s an intentional way to have separate collections talk to one another, and it frees Harvard to acquire those primary-source gems that would be financially unattainable otherwise. Those are the kinds of materials that have always set Harvard apart.”

As the partnership grows, the partners will be able to access items in the shared collection as if they were their very own, making more materials available with the least amount of effort on the part of library users. “Libraries work hard to make things easy for the people that use them,” Kirk said. “If it’s hard, people won’t use it.”

The success of BorrowDirect was a proof of concept that collaboration could work. The service allows users to request a book from any partner library’s collection, choosing from around 90 million items. More than 270,000 items are shared each year across 13 institutions including Harvard, Columbia, and the University of Pennsylvania, with an average wait time of about a day and a half from when users make the online request to delivery at their library. 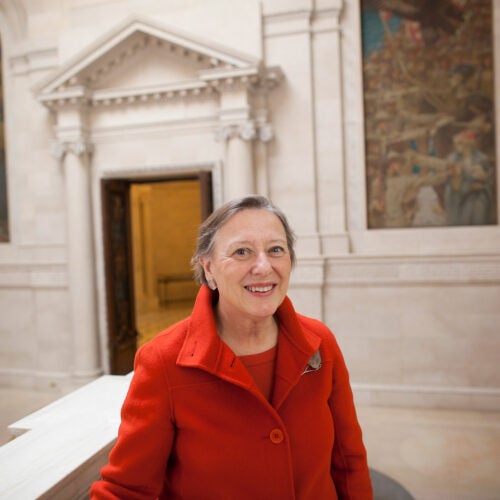 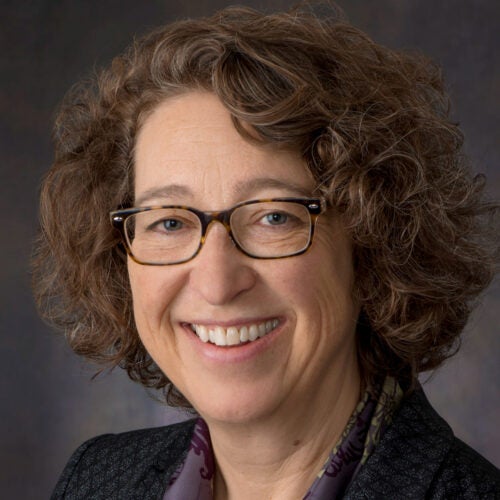 So, what do Ivy Plus and ReCAP mean for University library users right now? The beauty of it is, most won’t even notice the change. And that’s the point.

They’ll order a book online and pick it up in a day or two; maybe they’ll see a stamp that reads Columbia or Harvard or even Stanford. For them, the easy part is over; the book has found its way into their hands. Then the challenge of scholarship begins. For the first time, the combined knowledge of these universities is waiting for curious minds to use.

“Libraries are dedicated to free and democratic access to information,” Thomas said. “It’s a renewable resource: One person can come in and read a book, and it’s still there for another person to read and bring their own knowledge and ideas to it.”