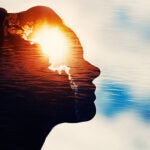 Study explores the genetics behind how they developed

Since Darwin’s era, scientists have wondered how flightless birds like emus, ostriches, kiwis, cassowaries, and others are related, and for decades the assumption was that they must all share a common ancestor who abandoned the skies for a more grounded life.

By the early 2000s, new research using genetic tools upended that story, and instead pointed to the idea that flightlessness evolved many times throughout history. Left unanswered, however, were questions about whether evolution had pulled similar or different genetic levers in each of those independent avian lineages.

A team of Harvard researchers believes they may now have part of the answer.

Based on an analysis of the genomes of more than a dozen flightless birds, including an extinct moa, a team of researchers led by Tim Sackton, director of bioinformatics for the FAS Informatics Group, and Professor of Organismic and Evolutionary Biology Scott Edwards found that while different species show wide variety in the protein-coding portions of their genomes, they appear to turn to the same regulatory pathways when evolving flight loss. The study is described in a recent paper published in Science.

In addition to Sackton and Edwards, the study was co-authored by Jun Liu, professor of statistics and of biostatistics; statistics research assistant Zhirui Hu; Alison Cloutier, a postdoctoral researcher working in Edwards’ lab; Phil Grayson, a graduate student in the Edwards lab; and teams from New Zealand, the University of Texas, Austin, and the Royal Ontario Museum.

“There is a long history in evolutionary biology of converging traits — the idea that there’s independent evolution toward the same kind of phenotype,” Sackton said. “What we were interested in is, how does that happen?”

Flightless birds all have similar body types, Sackton noted. “They have reduced forelimbs [wings], to different degrees, and they all have this loss of the ‘keel’ in their breastbone that anchors flight muscles,” he said. “What that amounts to is a suite of convergent morphological changes that led to this similar body plan across all these species.”

To understand what drove that suite of changes, Sackton, Edwards, and their colleagues turned to the genomes of the birds themselves.

“We wanted to compare not just the parts of the genome that code for proteins, but also the parts of the genome that regulate when those proteins are expressed,” Sackton said. To identify those regions in the various species examined for the study, the team used a process that involved aligning the genomes of more than three dozen bird species — both flying and flightless — and then identifying regions that showed relatively few differences in their genetic sequence. These places in the genome that are conserved but are not part of proteins, are likely to have a regulatory function.

“We worked with collaborators in Statistics here at Harvard to develop a new statistical method that allowed us to ask, for each of those regulatory elements, how many of these species showed the same pattern of divergence, suggesting they have changed the same regulatory elements,” Sackton said. “And what we found was that while there is not much sharing of protein-coding genes [in general], there is for these regulatory regions, suggesting that there are shared developmental pathways that are repeatedly targeted every time this phenotype has evolved.”

While the protein-coding genes appear to be responsible for adaptations in diet, feather function, and environment, Sackton said, the regulatory regions seem to play a key role in the body-scaling changes that go along with flight loss.

“What’s interesting about the morphological changes … is they have to preserve their hind limbs,” he said. “There are lots of ways to stop a limb from forming, but shrinking a forelimb without changing the hind limb is more difficult.”

And in some ways, Sackton said, that makes sense — strange as it may seem, it is likely easier to simply not form a limb rather than shrink one.

“If you think about it, there’s lots of ways to break something,” he said. “There are a bunch of steps early in limb development where, if a protein doesn’t get expressed, it’ll just turn the system off and you don’t get a limb. But this is actually a complicated shift in body scaling. You can’t just willy-nilly grow limbs to different sizes, so … the fact that it’s important they maintain functional hind limbs constrains the system and might be why we see this convergent pattern.”

To prove that theory, the team tagged certain regulatory regions in the birds’ genomes with a gene that would produce green fluorescent protein. They found that in flightless species, where those regions were believed to have undergone functional changes, the marker gene was effectively turned off.

“To get a limb to start growing, a bunch of things need to happen … so if you can knock out an enhancer and make it harder for those proteins to be expressed you can delay that process,” Sackton said. “This suggests these regions may have lost some important binding sites that prevent them from acting as an enhancer.”

What it boils down to, Sackton said, is that birds have a limited number of options to pursue when it comes to the loss of flight, and so various species have gone to the same well again and again.

“That’s the conclusion we would draw from this work,” he said. “There are a limited number of ways you can get this type of change in scaling, and they center on this regulation of early limb development.”

The study also highlights the power of the multidisciplinary approach taken by Sackton, Edwards, and their colleagues.

“One of the things that was exciting about this project for me personally was how we were able to bring the computational expertise in the Informatics Group to bear on this really important question in evolutionary biology,” said Sackton. “This joining of computational, statistical genetics with the natural history perspectives is important for getting the full picture of how these birds evolved.”

“It’s exciting what can be done with a research team with diverse skill sets,” Edwards added. “Our group had developmental biologists, computational biologists, morphologists, statisticians, population geneticists — and, of course, ornithologists. Each brings a different perspective and the results, I think, are amazing.”

This research was supported with funding from the National Science Foundation and the Natural Sciences and Engineering Research Council of Canada. 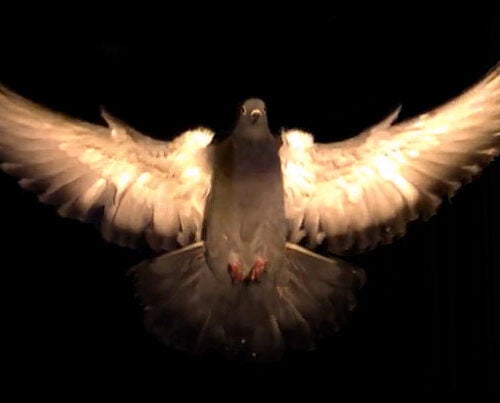