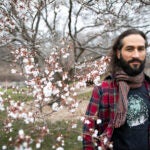 With 12 titles in five years, the women’s squash team is in ‘a repeat cycle of excellence’

Does winning ever get old? Not to the New England Patriots — or to players from the Harvard women’s squash team who fit right in in a region known for champions, with 12 titles in the past five years.

If anything, the team wants to win now more than ever.

“Winning is a really great feeling,” said Maddie Chai ’21, one of 13 players on the team. “But it also motivates you to just keep winning.”

This year, their domination of the College Squash Association was total. In squash, each of 14 team matches is made up of nine five-game individual matches. No one this season lost any individual matches, making the final score of each team match 9–0.

“You want to keep the streak going, especially now that it’s happened for five years,” Chai said. And while that mentality adds an extra dimension of pressure, the team has the resilience, system, and culture to become stronger for it, she said.

Mike Way, the Gregory Lee ’87 and Russell Ball ’88 Endowed Coach for Squash, called the run an incredible accomplishment. Making it even more impressive is the nature of the game, he added. Squash is an incredibly fast-paced sport played with a hollow rubber ball inside a four-walled room. The objective, as in tennis, is to get the ball past the opposing player. In squash, though, they are standing next to you instead of across.

“Because the ball is contained, the rallies are much longer,” Way said. “It’s harder to hit outright winners. And with the longer rallies, it becomes very much an attritional game.”

To win, players essentially wear each other down. An average individual match runs about an hour but can go longer, even up to two hours. To make sure players have the stamina, one of the major training components of the program focuses on team fitness.

“The one thing that we’ve impressed on our team the last few years is to try to be the fittest team out there,” Way said.

Players do stamina-building workouts, such as court sprint circuits. They spend time lifting weights to increase their body strength. “We also do an exercise called ‘ghosting,’ in which you’re basically mimicking movements in the court but without a ball, so that you speed up your movements and try to speed up your footwork,” said Sabrina Sobhy ’19, one of the past season’s captains. The work is tiring but worth it, she added.

“What makes it such a strong team is that everybody is super-fit and we like to maintain that year-round,” Sobhy said. “Even during the off-season everyone is still working out and training on their own or as a team.”

In April, a month after this year’s season ended, players were attending practices at the Murr Center squash courts organized by next year’s team captains, Amelia Henley ’20 and Gina Kennedy ’20.

At the practice, after a brief warm-up, Henley and Kennedy stepped into the walled court for a practice match. At first, it was casual. Henley sent the small rubber ball off the wall; Kennedy, the individual national champion this year and in 2017, sent it back. They stepped around each other, smoothly alternating hits. Gradually, the play intensified as the rallies grew longer. Movements sped up and the hits came with grunts and power as the players’ underlying competitive nature surfaced.

This is how they keep sharp, Henley and Kennedy said. It’s how they make sure they are ready for those in-game moments where nothing is casual and every decision can mean success or failure — moments like this year’s championship against Trinity College, Henley said. Her opponent won the first game of her match, and catching Henley off-guard by how well she was playing. Henley quickly adapted her tactics, though, and went on the defensive, running down shots and forcing her opponent to make a mistake so she could play the attacking shot.

Sobhy thinks back to the 2015 finals when she was a first-year. With the contest tied at 4, “I was the one playing the final match, which in the moment was terrifying,” because it instantly became the biggest match of the year. She ended up winning 3–1. “Every game could have gone either way,” she said.

Henley and Kennedy said they were able to overcome those moments because of the physical and mental preparation they’d gone through beforehand, especially through the challenge system the team uses to determine its top nine players. In it, team members routinely play matches one another to determine their spot on the leaderboard. Whether they win or lose determines whether their names move up or down. The goal is to get to the top and stay there. If a leader loses, she moves down a spot.

Way said the stressful system pits his players against one another constructively. It helps them identify their strengths and weaknesses so they can address the latter before they arise in real-game situations.

“We use them to rehearse,” said Way. “We film them and we sit down and review the match with them. We talk and [help team members] rescript their ‘mental programming.’ It’s what I would call stress with answers.”

Henley said that in some ways the challenge matches are the best matches they play all year.

“Our challenge matches are really tough because we are all so close in standard,” she said. “It definitely helps stimulate that same stressful environment for when we’re in big games in the national finals, for example. You know you’ve been there and have been able to find what works for you in terms of strategies to reduce that stress and think clearly.”

As for any friction the practices may create, the team doesn’t worry about that. Players understand it’s to make them stronger as a team, said Sophie Mehta, a senior from Toronto and Sobhy’s co-captain. She also said that like any high-performing team, the group is tight-knit. “We’re always eating meals together, going to classes together. We’re there for each other.”

With their current streak, it’s obvious their methods are working.

This year was the first time since 1995 that both the Harvard teams swept the team and individual national championships.

“It’s been a repeat cycle of excellence,” said Way. 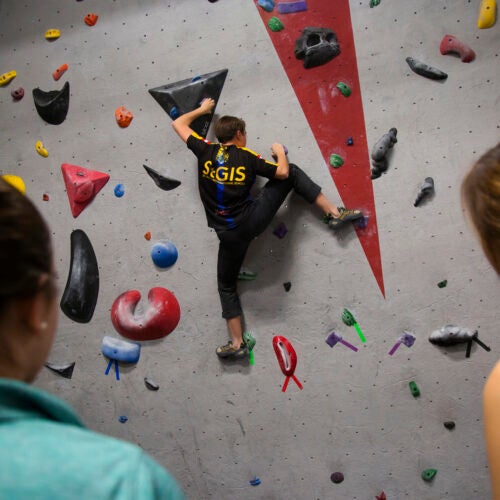