‘If we’re not including trans people, we’re not really having conversations’ 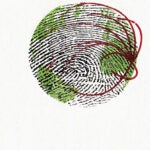 Laverne Cox was onstage at the Memorial Church Tuesday evening, reflecting on her struggle to break into Hollywood as one of the first transgender actresses of color. She described her path by paraphrasing the Roman Emperor Marcus Aurelius:

“What gets in the way becomes the way,” she said.

That mantra helped define her success as a now Emmy-nominated actress (“Orange Is the New Black”) and Emmy-winning producer who is equally visible as an activist and advocate for gender equity. In a lively panel conversation for Harvard’s inaugural #HarvardHearsYou Summit for Gender Equity, Cox shared her experiences alongside fashion designer Christian Siriano and fashion blogger Nicolette Mason. Culture expert Jess Weiner, CEO of Talk to Jess, moderated the lively conversation, which ranged from affection for performing arts education to creating 17 red-carpet looks for a single Oscar night to a deep examination of language and privilege.

Cox said becoming famous didn’t erase her experiences of being called “man” on the street.

Mason, who is Iranian American and part of the LGBTQ community, recently launched Premme, an online plus-size fashion line serving the 68 percent of American women who are size 14 or above, with her friend Gabi Gregg.

“It’s been a really exciting journey,” said Mason, who had consulted with brands such as Target, ASOS, and Barbie before launching Premme. “We got to a place a couple of years ago where we realized there was only so much progress we could make as individuals, as young women. We wanted to see clothes that looked like us who are young and working and want to have fun with fashion and style. We realized the only way to create influence and change the market was to do it ourselves, and it’s an enormous privilege to be able to do that. ”

Siriano, who founded his own label in 2008, drew praise when referencing the tuxedo gown he designed for Billy Porter (“Kinky Boots,” “Pose”) for the Oscars earlier this year. Siriano, who credited having a small but agile team for the effort, said the gender-bending statement came organically.

“Billy came into my showroom and said, ‘I’m going to the Oscars. I want to wear a gown.’ We made it in four days,” Siriano said. “I wasn’t thinking about (how) he’s the first man on the red carpet in a gown. I didn’t really think about that.”

Co-hosted by the Weatherhead Center for International Affairs and the Title IX Office, the evening discussion capped a daylong conversation about equity among faculty, students, and guests that ranged from social movements and due process to intersectionality. Mason shared some of her toughest rejections: one from an Italian fashion brand that told her she was “too openly gay” to collaborate with, and another from an American designer who said he would “never promote this part of our business,” meaning the plus-size side. Cox said trans people “have never been as visible as we’ve been in the past five years,” but called the backlash “insane.”

“In 2019, we are banning people from serving in the military simply for being who they are,” she said, citing the Trump administration’s policy that goes into effect next week. “That’s an equity conversation. 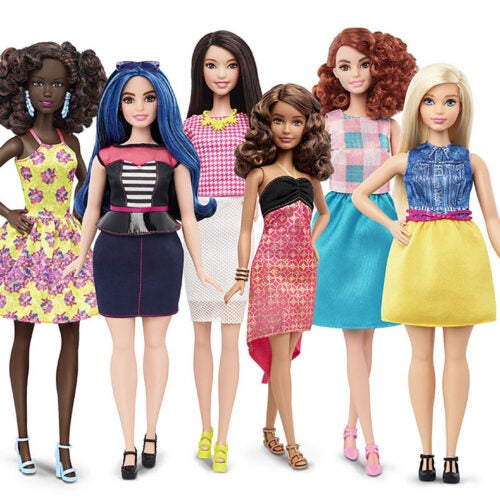 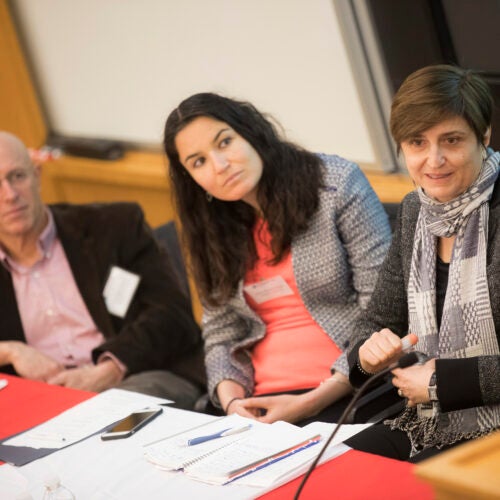 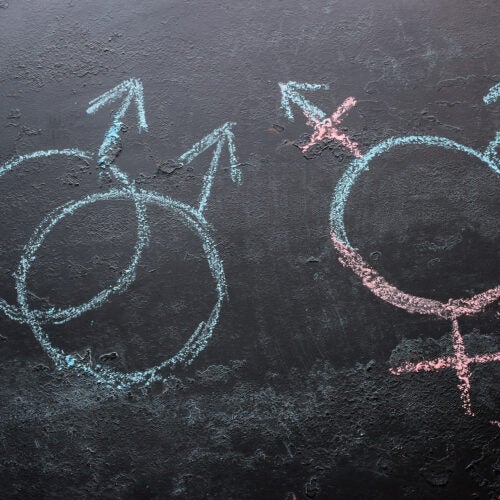