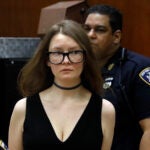 On a recent afternoon, the Gazette sat down with Ronald Ferguson, an MIT-trained economist who has been teaching public policy for more than three decades at Harvard Kennedy School (HKS), to talk about the new book he and journalist Tatsha Robertson have written on how parenting styles shape children’s success.

Educators have praised “The Formula: Unlocking the Secrets to Raising Highly Successful Children,” as one of the most comprehensive studies on parenting.

Ferguson, who is also the director of the Achievement Gap Initiative, spoke about the origins of the book, the similarities and differences between tiger parents and helicopter parents, and how to become a master parent. He and Robertson will talk about the book on April 23 at 3 p.m. in the David T. Ellwood Democracy Lab space (Rubenstein R414).

GAZETTE: How did this book come to be?

FERGUSON: The book is the confluence of two streams of activity, one by my co-author, Tatsha Robertson, and one by me. She, being a journalist, was fascinated by the people she encountered and how they got to be that way and what role parents might have played in that process. And me, being a researcher interested in human, economic, and community development and trying to use research to figure out ways to help people live better lives — I had always wondered how parents helped shape my students.

About a decade ago, I organized a project called “How I Was Parented” at Harvard where we interviewed a lot of students, put all the data together, but then placed it on the back burner. Later Tatsha called me with an idea for this book — we had worked together before — not knowing I had a similar thought, and I proposed that we could do the book together. We chose some of the people who had been part of the Harvard sample and went back and re-interviewed not just them, but also their parents. They were all graduates by then, and they became about half of the families in the book. The others are people Tatsha had recruited, like the youngest statewide elected official in the country, and the mother of the CEOs of YouTube and the genetics company 23andMe.

GAZETTE: Why did you interview the parents and what did you learn from them?

FERGUSON: We wanted to get the parents’ recollections to learn not just what they did as parents, but also their intentions as they were parenting and what led them to have those intentions. In terms of their parenting, Tatsha and I were doing lots of pretty open-ended interviews with lots of young adults and their parents, and we were asking ourselves what was coming up again and again. What emerged were the eight parental roles that we say make up the formula for master parenting. It was like a hidden pattern that gradually revealed itself. And it turns out when you take them together you see that they are cultivating a set of qualities that are widely recognized, and well researched, as basic success foundations.

GAZETTE: You said the formula for master parenting is made up of eight parenting roles. What are those roles?

FERGUSON: The first is the “early learning partner” role, and it hooks the children on learning and problem-solving before they start school. Most of those young people could read basic words by the time they started kindergarten. A number of them described what we named the “early lead effect,” which happened when their kindergarten or first-grade teacher got excited about the fact that they could read, and they liked the way that felt.

The second and third roles in the formula are about making sure the world treats your child right and serves your child well. The “flight engineer” monitors that the child is getting what he or she needs from the school and will intervene, if necessary, to get it. The third role is the “fixer,” who makes sure that no big opportunity is lost, not even for lack of resources. The parents might be living in poverty, but if they see an opportunity that they judge to be essential for their child’s success in school or life, they’ll walk through walls to get it.

The other roles are the “revealer,” which shows children the wonders of the world, so even if they’re living in poverty, they go to museums and the library and places to meet people who the parent wants the child to know. Then there’s the “philosopher,” which may be the second-most important behind the early learning partner, because it helps children find purpose. If 3-year-olds ask deep questions, the philosopher parents don’t just blow it off; they try to answer in a way that adds to the child’s understanding of life. The sixth role is the “model” that the child aspires to emulate.

Then there is the “negotiator,” which teaches a child to be respectful, but also how to self-advocate, and coaches them on how to defend their interests and deal with people who wield power and authority. And the final role is the “GPS navigational voice,” which is the parents’ voice in the child’s head after the child has left home, coaching the young adult through new situations in life.

“There were at least three different kinds of qualities in master parents, but the most important is the sheer determination to be a great parent.”

GAZETTE: What happens when parents fail in these roles?

FERGUSON: If a parent falls down completely in any of the roles, it might be a major problem. If the parent was not an early learning partner, the child reaches kindergarten not really hooked on learning. If the fixer didn’t do their job, there are certain skills that a child may never develop. Without the model or the negotiator, children might shrink in the face of powerful adversaries, instead of self-advocating.

Without a philosopher, they might not find purpose. People who have really gotten things done did them on purpose. There’s something they cared about, something that gave them a burning determination, and they went after it. And often we can trace that sense of purpose to those philosophical conversations.

Parents and parental surrogates can play these roles with children at any age, and I’m convinced it produces better results than if they don’t.

There are also cases where one child or a couple of children get the whole formula and others in the same family don’t. Is there a way to overcome this? Yes, at least sometimes, if we make parents more conscious of the importance of the roles they play in their children’s lives. We need to encourage them to monitor their own engagement with their children and to become what we call a “student of the child” with each child, not just the most responsive or highest-achieving child. A lot of times as parents we just aren’t thinking that way; we aren’t as intentional as we could be.

FERGUSON: Helicopter parents are so involved in their children’s lives they often don’t create space for their children to develop their own independent relationships with people, learn how to negotiate for themselves, or identify their own interests. The tiger parent overlaps in a number of ways with the master parents, but the big difference is that master parents allow their children to make more of their own choices. The way [“Battle Hymn of the Tiger Mother” author] Amy Chua describes it, her children had to play either the piano or the violin, and nothing else, and they could not engage in sports activities or do sleepovers at their friends’ houses.

But there are commonalities. The tiger parent and the master parent do not allow their child to give up easily after they’ve become engaged with something. The difference is that the master parent allows their child to choose what to engage with. And authoritative parenting has to do mainly with behavior issues, even though it’s often associated with higher achievement. The role of the revealer, for example, would not be featured when talking about authoritative parenting. The philosopher might come in when you talk about ethical behavior, but not that much. The authoritative parenting style was identified by psychologist Diana Baumrind in the late 1960s as one in which parents are responsive and loving, while enforcing high expectations and clear boundaries, mainly for the child’s behavior. But master parents also cultivate a love of learning, a sense of purpose, and the type of personal agency that can help a child become highly successful, like the people in our book.

GAZETTE: How did the parents you interviewed become master parents?

FERGUSON: There were at least three different kinds of qualities in master parents, but the most important is the sheer determination to be a great parent, and this motivation, which we call “the burn,” came out of things in the parents’ own backstories. It could be something that had gone wrong in their own childhoods that they didn’t want to see repeated for their own children. It could be a family legacy of excellence in some domain that they felt a responsibility to pass on to their offspring. Or some commitment that the family had — for example, to civil rights — that they wanted their children to carry on and pass on to the next generations. But each of these parents had a vision in their head of the kind of person they wanted their children to become. And that vision, in addition to the burn, guided and inspired their parenting. I’m reminded of a mother who had grown up blue collar in New York City, moved to Nashville, and her oldest son was in prison for 15 years. She was just determined that her youngest son was not going to have that kind of experience and he’s now nationally prominent, and one of the people in the book.

GAZETTE: What was the thing that surprised you most about your research? 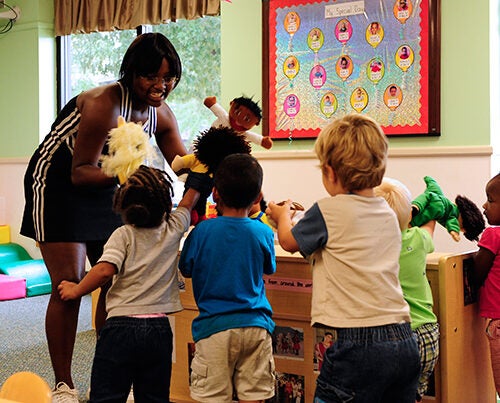 Cost and availability of child care are major challenges for parents

FERGUSON: Tatsha thought there might be a pattern like the one we ultimately found, but I thought we were going to find pretty distinct themes, in terms of parenting styles, across people from very different backgrounds. But we found the roles and those same parental qualities were coming out, even for families of very different backgrounds along lines of race and class and national origin. Also, the importance of building an early philosophy to give children a sense of purpose.

GAZETTE: If there are one or two things that you would recommend parents do, what would they be?

FERGUSON: For parents of infants or people who are planning to become parents, the main takeaway is that you need to start early, from the very beginning. For people who have older children, they need to tune in to their children and become almost students of their children in order to figure out how to help them become fully realized human beings. It’s not only spending time with them, but intentionally, even strategically, doing things like having a consequential conversation at just the right time or taking the child to visit some places that are going to expand the child’s understanding or coaching the child on how to negotiate some challenges they face at school or outside the home. Parents need to tune in to each child deeply enough to understand what that child is interested in knowing or becoming, and what that child responds to, and to think hard about ways of unleashing that child’s potential to become the best possible version of themselves. The book weaves in and out of a few dozen life stories to show how the parents we interviewed did that.