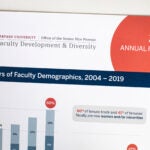 At Legal Services Center, ‘reaching out to others is how you find out who you really are’

“Reaching out to others is how you find out who you really are,” said Daniel Nagin, vice dean of experiential and clinical education and faculty director of the WilmerHale Legal Services Center of Harvard Law School (HLS). He was quoting the late HLS Professor Gary Bellow, LL.B. ’60, who in 1979 co-founded the Jamaica Plain center with his wife, senior lecturer in law Jeanne Charn, J.D. ’70. On April 5, Nagin and others celebrated the center’s 40th anniversary, and the quote strikes at the heart of the center’s mission of improving the legal profession through experiential learning while working with community organizations to enact real and lasting change.

Transformational change may be possible only through such a cooperative effort, said Massachusetts Attorney General Maura Healey ’92. Giving the keynote address at the celebration, she pointed out that not only have more than 40,000 people used the center’s services over the years — people “who were shown an opportunity to have a life-changing experience” — but also approximately 4,500 students have worked there. “Students who have learned to see life, experience life, through the circumstances of another,” she said.

The Legal Services Center — or, as Bellow has described it in the past, the “teaching law office” — is similar to the teaching hospital model used in medical schools across the country, including at Harvard, and it has helped change the lives of thousands of clients in Jamaica Plain, Roxbury, and other neighborhoods in Boston and beyond. Its programs address issues related to housing, domestic violence, predatory lending, and other community needs. The center offers clinics that specialize in areas including federal taxes, estate planning, and accessing veterans’ benefits. Its reach is broad and its results can often be life-changing.

During the 2017–18 academic year, HLS students provided pro bono legal assistance to more than 4,000 clients in Massachusetts, including more than 2,300 residents in the Boston area. The graduating class of 2018 contributed 376,532 hours of pro bono legal assistance, an average of 637 hours per student over their three years at the Law School. This is part of the effort to, in the words of HLS Dean John F. Manning, “make sure we’re always on the cutting edge of clinical education.”

The day’s events showed how this interaction can work. In the first of a series of roundtable discussions on how to narrow the gap between rich and poor and achieve justice for the most vulnerable, “#Connect: A Law Student and Client Discuss Collaboration” featured 2L student D Dangaran and a client recalling how they had worked together, under the guidance of Stephanie Davidson, J.D. ’13, a clinical instructor in the domestic violence and family law clinic. The client had been in the process of freeing herself from an abusive relationship when she met Dangaran, and had already obtained a temporary restraining order against her husband that allowed her and her children to stay in the family home. When Dangaran met her, the order was once again up for review — and her husband had already been arrested for violating it.

“My second week in the clinic and it was the biggest trial of the clinic,” recalled Dangaran. But the client was calm, assured by the student’s focus. “[Dangaran] already knew my case as if they’d been with us the entire time,” she said. “I was very comfortable, and it took a lot of my nerves away.”

The preparation that went into the case paid off. The husband didn’t show for the hearing, and the client and Dangaran were called to the bench. The judge granted a permanent restraining order “before we even asked,” said Dangaran.

Charn, who was the center’s director for 28 years, served as the institutional memory for the next panel, “#Spark: The Influence of the Bellow-Charn Model on Legal Education.” The center’s beginning, she said, was rocky. “Almost no one supported what we were doing.”Committed to social justice, the center initially took students from several law schools and recruited experts from other institutions, such as MIT, to help them not only win cases but understand the underlying problems. If design could help a landlord maintain apartments, they would bring in designers, she said. “We were at ground level.”

The discussion then progressed to how the Bellow-Charn approach works. Moderator Sarah Boonin, J.D. ’04, now a professor at Suffolk University Law School, said the model was built on the idea that clinics should be immersed in the community they serve because “the community was also a teacher.” For Jeffrey Selbin, J.D. ’89, a professor at UC-Berkeley and director of its Policy Advocacy Clinic, the teaching element was immediately key. “When I walked to the center on my very first day, I was told, ‘You have a client in room one.’” The case involved Social Security benefits for a woman in her 50s. “She just looked at me and said, ‘You’ve never done this before.’ Then she said, ‘I’ve never done this before, either. It’ll be just fine,’ which was an early lesson in ‘client as teacher.’”

The next discussion, “#Uplift: Using the Law for Economic Justice,” began by asking what had inspired the panelists to make a career seeking economic justice. Rep. Joseph Kennedy III, J.D. ’09, shared his frustration as a Peace Corps volunteer unable to alleviate the grinding poverty of Haitian sugarcane cutters in the Dominican Republic. Haben Girma, J.D. ’13, who has limited vision and hearing, recounted being turned away from a summer job once her potential employer met her. Today, Girma, who was named White House Champion of Change by President Barack Obama, advocates for equal opportunities for people with disabilities. 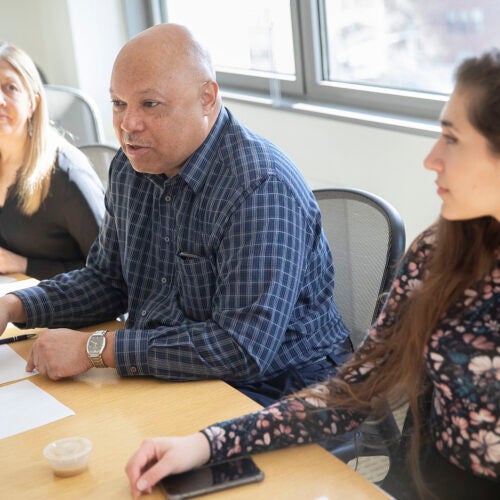 Making it big behind the scenes 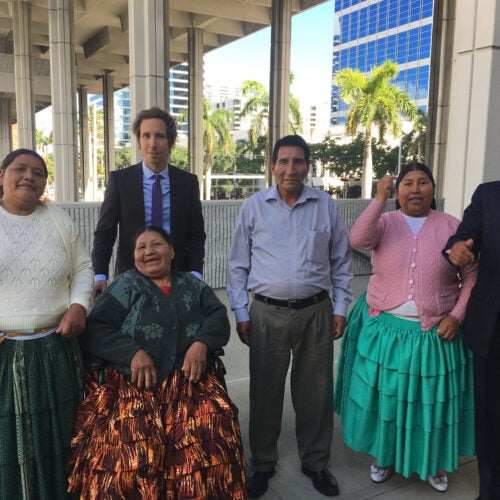 “I provide training from schools to organizations about why choosing inclusion benefits all of us,” she said.

For Blake Strode, J.D. ’15, the spark came even earlier. Strode, executive director of ArchCity Defenders, a nonprofit civil rights law firm in St. Louis, remembered a classmate in his elementary school, an immigrant from Cameroon, who was relentlessly teased for her poverty and accent until he finally gathered the courage to sit with her at lunch and speak up for her.

“It was my first experience of seeing what it meant to stand with someone as they are enduring injustice,” said Strode, who later in the day was presented with the Bellow-Charn Championship of Justice Emerging Leader Award.“That’s the role of the social justice lawyer,” he concluded, “to create community and stop that oncoming train.”