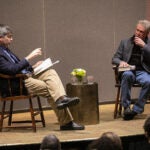 It’s been said that there are no atheists in foxholes, but a new study led by Joseph Henrich has shown that the impact of war on religion extends well beyond the front lines.

The chair of the Department of Human and Evolutionary Biology, Henrich and a team of international collaborators gathered survey data from several locations around the globe and found that, following the trauma of seeing a friend or loved one killed or injured during conflict, many became more religious. The study is described in a Jan. 28 paper published in Nature Human Behavior.

“I became interested in this question through my prior work, which has been focused on how religious beliefs can cause people to cooperate more in a group,” Henrich said. “The idea is that if you can expand the sphere of cooperation, then that group can more successfully compete against others, sometimes even through violent conflict.

“But this study suggests that this could lead to a vicious circle,” Henrich continued. “If you receive a war shock and become very religious, and then begin to outcompete other groups through conflict, that could result in a runaway effect.”

To understand the relationship between war and religion, Henrich and his colleagues gathered data from more than 1,700 interviews with people in 71 villages scattered throughout Sierra Leone, Tajikistan, and Uganda. Their results showed that, among those who were most exposed to war, membership in religious groups increased by 12, 14, and 41 percentage points, respectively.

In addition, the researchers found that those who experienced the trauma of war were likelier to attend religious services and were likelier to rank religion as being significant in their lives than those who were not. And in some cases, those effects were surprisingly long-lived.

“One of the more interesting findings was that in some cases we found the effect endures,” Henrich said. “In Tajikistan we find the effect even 13 years post-conflict, and there’s no sense in which it declines.”

The three locations were selected, he said, because although all three had experienced civil conflict, none of them included a clear religious or ethnic dimension.

“In places like Sierra Leone, both the rebels and the government would go into villages and fire indiscriminately,” Henrich explained. “Some people would be killed or injured and others wouldn’t. That creates a natural experiment — some people are more exposed to the war and some people are less exposed, and then we were able to look at the effect of having this shock on their religiosity.”

Importantly, Henrich said, the study only compared those changes in religious devotion among individuals in the same village.

“There could be many reasons why people in different villages might be more or less religious,” Henrich said. “It could also be that a particular village was attacked more than another, but by comparing people from the same village we were able to eliminate that variation.”

Ultimately, though, Henrich said the study supports the notion, often embraced by historians, that war can drive social changes down the road.

“It could affect the direction in which institutions evolve, or the policies that governments pursue,” he suggested. “And there are policy implications as well, because if you’re concerned about religious extremism and you deal with it through violence, then you could make it worse.

“Because it has this psychological effect, when you shock a population … new institutions that were impossible previously are more likely to emerge,” he added. “So these war shocks may redirect history in different directions by reshaping institutions and influencing how people think.”

This research was supported with funding from the Cultural Evolution of Religion Research Consortium, the John Templeton Foundation, the Czech Science Foundation, Title VIII/Department of State, and the University of San Francisco. 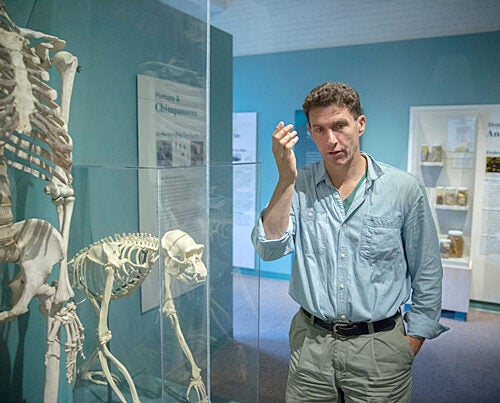