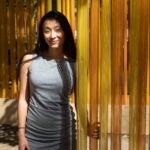 Eve L. Howe, J.D. ’21, is an expert in nuclear submarines — specifically, the fluid systems that cool the nuclear reactors in military submarines. Drawn to military service because she wanted to use her engineering skills for the public good, Howe spent five years as an officer in the U.S. Navy, where she solved complex technical problems to ensure the submarines would be able to accomplish their missions.

“I’d always imagined using whatever degree or knowledge I had to help people in some way,” says Howe, who grew up in Montpelier, Va. After graduating from Virginia Commonwealth University with degrees in both physics and mechanical engineering, she was admitted into the Navy’s Nuclear Propulsion Officer Candidate Program, and then completed Officer Development School in Newport, R.I. After a series of advanced nuclear training programs, including in Idaho, where she studied how the Navy handles spent nuclear fuel, Howe worked in Washington, D.C., with Naval Reactors, where she focused on fluid systems in military submarines.

In the spring of 2017, just before her stint with the Navy was ending, Howe decided to go to law school. “I wanted to do something to help people and didn’t feel there were many opportunities to do that as an engineer, at least not in a paid sense,” says Howe, who was inspired by the lawyers who rushed to airports around the U.S. to assist people from certain Muslim countries whom President Trump had banned from entering the country.

Around the same time, Howe, who was identified as male at birth, realized that she was transgender. “When I had my awakening, it was a very powerful moment for me. I was in Iceland on vacation, and I had a dream where I saw myself as a woman,” she recalls. “I can’t describe how happy it made me to see myself that way. I woke up from the dream and decided I had to do a lot of research, which I did, and I thought, ‘This is actually me.’”

As soon as she returned from vacation, Howe began seeing a therapist outside of the Navy health care system, which solidified her decision. Within a few months she began getting hormone treatments to begin the transition process. “I loved it, and here I am — very happy that I did,” she says.

Although Howe had shared her identity with a few close friends, it was on July 26, 2017, the day she received her first hormone treatment, that she decided to come out as a trans woman. She was in a medical clinic when she learned that President Trump had announced a ban on transgender people from serving in the military. (Federal courts later blocked the ban.) “I decided I might as well come out that day to show solidarity,” says Howe, “especially for trans people who were still actively serving.”

Within the military community, Howe received nothing but support. “It was all positive. None of them were weird or transphobic. They all wanted me to be happy,” she recalls. “At end of day, at least among the people I worked with, the most important thing was how good I was at my job, rather than anything like me being transgender.”

After finishing her Navy stint and before matriculating at Harvard Law School (HLS), Howe spent a year working at Casa Ruby, which provides health and social services for LGBTQ youth and adults in Washington, D.C. Founded and run by transgender women of color, Casa Ruby assists more than 6,000 people a year, and Howe was hired as events manager to organize major fundraising and other affairs. It was a supportive environment as she began her own transition.

“I had a very good first year,” Howe says. “I got to transition in a very safe workplace with a lot of other trans people and with a lot of role models who became family to me. Many of them have been activists for decades, so I learned a lot about the community and struggles that it faces. It was wonderful being able to work with the people that Casa Ruby serves, whose voices are often not heard.”

Today, as a first-year law student, or 1L, Howe is trying to balance her studies with volunteer work. She plans to assist Y2Y in Harvard Square, which offers housing for homeless youth, and the Sex Workers’ Rights Advocacy Network (SWAN). Compared with the cisgender population, “a lot of trans people have to do survival sex work, in large part because we often will not be hired anywhere else,” Howe says. “Often we can’t get housing, either, because people won’t rent to us. In many places in the U.S., there are no employment or housing laws to prevent discrimination, and even where there are, the laws may not be enforced.”

Howe wants to use her legal education for issues like this, either as a career or through pro bono work. “One thing I’m passionate about is the representation — or misrepresentation — in the media of LGBTQ people and other marginalized communities,” says Howe, who is considering becoming an entertainment lawyer or working at GLAAD, a media-monitoring organization that focuses on the LGBTQ community. “The portrayals in TV and movies are often stereotypical and not very well-informed.” Better representation in the media “is one of the first steps to improving public awareness and acceptance of trans people,” she adds. As her education is covered by the GI Bill and the Yellow Ribbon Program, through which HLS provides additional funds for military veterans, “I’ll graduate with no debt and be able to go into whatever job I want to, including a nonprofit job if I want to.”

Howe says she hasn’t met anyone at HLS who seems transphobic or who has been negative toward her. And, like many military veterans, she finds the Law School less difficult than life in the military. “I feel like I’m stressing out more over the fact I’ve taken on so much extracurricular responsibility,” she says, laughing. In addition to her volunteer work outside HLS, Howe is a member of the Harvard Law Armed Forces Association, is a 1L representative with the LGBTQ organization HLS Lambda, and is working with the Harvard Immigration Project, a student practice organization. “I have to tone it down a bit and not overburden myself with things I want to do outside of class.”