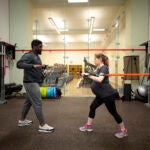 Anthony Jack, Ph.D ’16, grew up in a working-class neighborhood in Miami, the son of a single mother working as a school security guard, with an ambition that matched his intelligence.

The Gazette sat down with Jack to talk about his first book, “The Privileged Poor.” His research for it was inspired in part by his own life, but also by his interest in “developing a better understanding of the experiences of all lower-income undergraduates.”

GAZETTE: Your book is about the struggles of disadvantaged students, or the privileged poor as you call them, at elite schools. Of your research, what struck you the most?

JACK: The scary part for me is that I’m seeing a lot of the same problems now, 15 years after I entered Amherst College, that a lot of my peers and I faced in the early 2000s. Despite the efforts by elite institutions to recruit low-income students and diversify their campuses, disadvantaged students are still experiencing roadblock after roadblock that really makes them feel like second-class citizens in a first-class world. Students who are receiving very generous financial aid policies are struggling to feel they belong there and they also don’t feel included because they’re reminded so often of being from a low-income background. That’s both from peers and from university policies, so it’s not just who feels comfortable in the cafeteria or the dorms; it is who feels comfortable in the classroom and who feels comfortable walking around the campus. One of the signals universities are sending to people is that you may be at a certain university, but you’re not of it.

GAZETTE: Your book includes two types of low-income students at elite schools. You have categorized them as the “privileged poor” and the “doubly disadvantaged.” Can you explain the differences and similarities between them?

Money matters in college, and sometimes universities’ policies make it matter for some groups more than others. The prime example is the policies that close the cafeterias during recesses. When we shut down our campuses based upon the assumption that people would leave for fun in the sun, we are actually not paying attention to those students who face food insecurity during these recesses, the ones who don’t know where their next meal is coming from. Some people say, “Why can’t they just go home or buy food?,” ignoring how very expensive it is to buy food. Food insecurity is a problem that affects students nationwide.

“It’s imperative that we’re intentional when it comes to inclusion. It’s not just about access and putting students in the seats.”
— Anthony Jack

GAZETTE: In which group would you include yourself? How did you get inspired to choose this field of research?

JACK: By my own classification, I’m a member of the privileged poor. My transition from Coconut Grove to Amherst had a slight detour to a private school … during my senior year. That year at Gulliver Prep gave me a sense of what was going to come at Amherst. I was exposed to office hours, teachers with Ph.Ds. And I was also exposed to rich people in a way I had never been before.

My individual detour to a private school, I show, is a well-established HOV lane for low-income students to go to elite colleges. Programs like Prep for Prep, A Better Chance, and the Wight Foundation place low-income students in private high schools or boarding schools. What was striking to me, once I got to Amherst, was to find a [large] number of low-income students who were also alumni of prestigious and preparatory high schools. And that became the foundation for my research because that was missing in the literature. We had never talked about poor students who went to private high schools, and my research was inspired both my own personal experience but also by what I saw as a gap in the literature. My work really focuses on the gap between access and inclusion.

GAZETTE: In your book you include many examples of the difficulties faced by low-income students. Which of the examples shocked you the most?

JACK: Hearing someone offered a student $500 [to move] so they could get a single room — that was bold, but it probably wasn’t the most shocking. The most shocking was hearing a low-income student describe how she felt after she learned about a program that pays participants in exchange for cleaning the dorms before freshmen move in. She said she felt that “in order to be here, I have to clean.” My grandmother was a maid and my brother is a janitor, and a lot of my students have relatives who work as cleaners. I remember a story that really hurt to hear. A student said to me, “My mom didn’t want me to be doing the exact thing she was doing back home; she did it so I didn’t have to.” But because these jobs were the highest paid and the most flexible, he felt like he had to do it. That was the most eye-opening experience. When we think about how inequality shapes our students as they move through college, we can’t just focus on the micro-interaction between peers or between students and teachers. We also have to consider the universities’ policies and practices.

GAZETTE: Elite colleges began opening their gates to low-income students in the late 1990s. Can you reflect on what has happened since then? What have been the gains and the shortcomings?

JACK: The gains have been that more low-income students have entered selective colleges since the adoption of no-loan financial-aid policies. Some schools have seen their numbers almost double, like Vassar. The loss, however, is the missed opportunities for what happens when students get on campus. The policies that admit students far outpace the policies that promote integration and inclusion.

When it comes to food insecurity, there has been some progress. Some colleges, like Connecticut College and Smith College, changed their policies when I brought it to their attention and talked about the likely effects of food insecurity on their students, and others have begun to address the issue.

GAZETTE: What else can elite colleges do to foster inclusion and belonging among their low-income students? 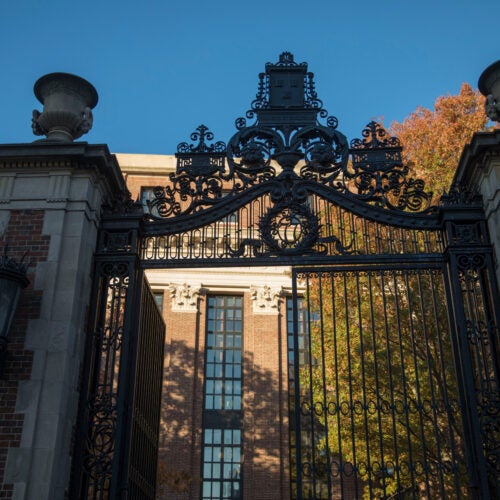 JACK: It’s imperative that we’re intentional when it comes to inclusion. It’s not just about access and putting students in the seats. I mean everything from being more explicit with the loaded class terms we use, like office hours, to thinking more critically about how our policies affect all the students. Higher education is highly unequal. That is a fact. But our individual campuses don’t need to mirror that kind of inequality.

If we’re to diversify our campuses to many more first-generation or low-income students, that means that we need to reach out to families more, because it’s not just a student who goes to college; it’s also the family. We need to make sure that we’re engaging families so that they’re aware of what’s going on on campus and what strategies of success students can follow to make the most of their college experience. We need to make sure that the roadmap exists not just for legacy students whose parents had been to college and can give them tips for being successful. Not every family can do that.

Even though I study higher education at elite institutions, this is a story about the pernicious effect of poverty and inequality; how it affects not just how students make it to college, but how they make it through. We need a better understanding of where students come from, because we’re neither ready to support those who come from the inner cities nor to support those with rural backgrounds, especially those who are low-income. One of the first steps we have to do — I know it sounds lofty — is that we must begin by questioning what we take for granted and examine our blind spots. Because those blind spots inform policy and that policy shapes the undergraduate experience. At the most fundamental level, that’s what we need.