Recovering the truth of a ‘Lost Education’ 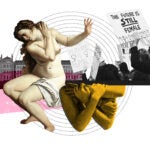 A good look at bad romance

In her recent book, “The Lost Education of Horace Tate: Uncovering the Hidden Heroes Who Fought for Justice in Schools,” Walker examines how pre-integration black schools formed a network that laid groundwork for social and cultural advancements. On Thursday, Walker spoke at Harvard Graduate School of Education’s (HGSE) Askwith Forum about “Black Educators and the Struggle for Justice in Schools,” and revealed that the history challenged her own preconceptions about black education before integration.

Her eyes were first opened, she said, when she returned to North Carolina after her Harvard doctorate. “I heard black people saying things like, ‘Too bad they’re getting rid of that building, it was such a great school,’” she said. “And here I was with my fancy doctorate, wondering what these people were talking about. It didn’t fit the intellectual box I had at the time: Segregated schools were bad and the teachers were bad, right?”

The key to her research, she said, was befriending Horace Tate, an educator from Greensboro, Ga. She described how Tate gave her information one small piece at a time, but the real mysteries were hidden in a file cabinet in his attic — something Walker never got to see in his lifetime. What she finally found there were documents that revealed a secret network of black educators during segregation, a network that stretched throughout the South. In this “organized pedagogy,” black teachers worked together to instill in their students high aspirations and inspiration they wouldn’t get from society at large.

“In this pedagogical network we see a form of organized resistance,” Walker said. “Through particular curricular ideas, they are trying to make their students believe that they are more than what segregated society says they are. And this was not even true in those earlier decades; so they were actually using curriculum as a way to institute change.” The black schools cooperated via state and regional meetings, under the radar of white educational boards. “It’s no coincidence that black students of a certain age will hear something and say, ‘I went to a school just like that.’”

Further, she said, black educators were working with the NAACP to help bring about integration — something they couldn’t acknowledge when membership in the organization might have cost them their jobs. “This was the secret, the meeting within the meeting. And it’s part of what got us Brown [v. Board of Education]. In addition to creating aspirations in the students, [the black teachers] used their network for advocacy. They were working within the system, but also figuring out how to tear the system down.”

Yet Walker said that something essential was lost after integration: While black students gained access to superior buildings and facilities at formerly all-white schools, black educators became a minority on school boards, and in some cases lost their jobs altogether. Black teachers wanted an “additive model” — the same level of advocacy for their students coupled with the better facilities — and largely didn’t get it.

“I am not saying America didn’t need to integrate,” she said. “I’m saying the methods of integration were wrong. We did not get full access in 1970, and we have less access today. … We need to ask ourselves, ‘Are children being inspired today?’ When I look at the statistics, I think they are not.”

“I heard black people saying things like, ‘Too bad they’re getting rid of that building, it was such a great school,’ and here I was with my fancy doctorate, wondering what these people were talking about. It didn’t fit the intellectual box I had at the time: Segregated schools were bad and the teachers were bad, right?”
— Vanessa Siddle Walker

In a short discussion afterward, Edith Bazile, president of the Black Educators’ Alliance of Massachusetts, recalled her experiences as a student from a poor Roxbury family during the 1960s. In high school she would visit the campus of Northeastern University and dream of attending there.

“My guidance counselor told me I was not college material,” she said. “And I don’t think my teachers were mean, they just believed that this poor girl from Roxbury couldn’t make it.”

She kept visiting the campus anyway, and persuaded the first black man she met there to talk to her. He turned out to be Dean Roland Latham, who recognized her potential but saw that she needed remedial math and English courses.

“I quit my job at Polaroid, took the courses at MIT, and got an A in both,” she said. “[Latham] did for me when nobody else would. Black teachers at the time faced insidious racism themselves, and were still able to instill self-esteem in their students.” 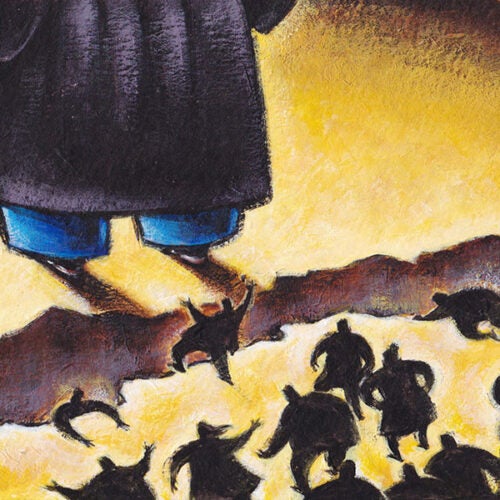