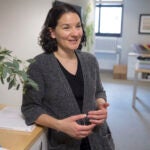 What happens when you put together several tons of steel plates, hundreds of mice, and a few evolutionary and molecular biologists in a rural location? You get one of the most complete pictures of vertebrate evolution.

Led by Hopi Hoekstra, professor of organismic and evolutionary biology and molecular and cellular biology, an international team of researchers conducted a years-long study in which hundreds of mice were released into massive, custom-built outdoor enclosures to track how those that were light- or dark-colored survived in light- and dark-colored habitats.

The results confirmed the intuition that light-colored mice survive better in light-colored habitats, and dark-colored mice in dark habitats. But the experiment also allowed researchers to pinpoint a mutation related to survival, one that affects pigmentation, and to understand how it produced a novel coat color. The study is described in a Feb. 1 paper published in the journal Science.

“Part of the inspiration for [this study] came from the experimental evolution studies people have been doing for many years now using microbes in the lab,” Hoekstra said. “The idea has been that you start with a particular population, genotype it, and then give it environmental challenges and watch how the population evolves over generations. Then you genotype it at the end, and you can see, at the genetic level, what changes.

“We were interested in replicating that approach but doing it in vertebrates, and doing it in a natural environment. And letting them evolve in habitats that — importantly — are open to predators, or at least visually hunting, avian predators.”

To do that, then-postdoctoral fellow Rowan Barrett (now on the faculty at McGill University) and colleagues traveled to the tiny town of Valentine, Neb., to take advantage of an important natural habitat, the sand hills.

As early as the 1930s, Hoekstra said, it had been observed that mice living in the sand hills — a large area of contiguous dunes with sandy, light-colored soil — were lighter-colored than those living in surrounding areas with dark, loamy soil. To understand what was behind those differences, Hoekstra, Barrett, and colleagues came up with an ambitious plan to build eight enclosures, each 2,500 square meters, or just over a half-acre, four on the sand hills and four on the darker soil.

They then “seeded” each enclosure with 100 mice, half trapped from the sand hills and half trapped from the surrounding dark soil. They embedded each with a tiny radio-frequency identification tag and took the very tips of their tails for genetic sequencing. Three months later, the researchers returned to identify which of the mice had survived.

“The idea was to start with the maximum amount of phenotypic variation, because that would give us the most power,” Hoekstra said. “For this study, we asked, of those mice we started with … which ones survived after three months of natural predation?

“So the first thing we did was to look at phenotypes, and we asked if the average color of a mouse in an enclosure changed over time” she continued. “And what was very clear was that, in the light enclosures, the average mouse became lighter and in the dark enclosures they got darker, so already we could see there had been phenotypic change.”

That phenotype information, however, was only part of the story. Hoekstra and colleagues also wanted to understand whether there could be genetic differences in the surviving populations.

“We knew that coat color was heritable, and based on our previous work, we focused on one pigmentation gene that we knew contributed to the color variation in these Nebraska populations,” she said. “We sequenced the entire 200,000 base pairs of that gene … and we found a handful of mutations that were nicely correlated with survival.”

The team chose to focus on a protein coding change that resulted in the deletion of a single amino acid from the resultant protein, which was associated with a shift toward a lighter coat color.

“That told us that mutation was associated with survival, but we wanted to know exactly what the mutation did,” Hoekstra said. “We worked in collaboration with Jonathan Duke-Cohan at Harvard Medical School to do a series of biochemical analyses to show that this mutation affected the binding property of this protein in a way that leads to lighter coloration.”

Further tests using gene-editing techniques confirmed that the mutation on its own resulted in visibly lighter-colored mice, Hoekstra said.

“That was such a satisfying result — the fact that you can just look at a mouse and see a difference,” she said. “You can imagine a scenario where a mutation caused a change in color, but you can only see it if you measure it with a very precise instrument, but here it was wonderfully obvious.”

Going forward, Hoekstra said there are two main paths for researchers to pursue: investigating whether there are other genetic differences, in pigment genes or other genes, that help mice survive either on or off the sand hills, and investigating change over multiple generations.

“Yes, there is a big difference between the soil color on and off the sand hills,” she said. “But they also differ in vegetation and other ecological aspects, so there are likely other differences besides color at the phenotype level that we’d like to tap into as well. In that case, looking genome-wide and asking if there are other regions of the genome that affect fitness will be a next step as well as looking across generations.”

Ultimately, though, Hoekstra said the study offers an important — and complete — picture of how evolution works in mammals.

“What I like about this study is it starts at the organismal level and goes all the way down to a mutation, and understanding how, precisely, that mutation leads to a change in phenotype and how that change leads to survival differences in the wild,” she said. “So I think this is a very satisfying illustration of the full process of evolution, from the ecological consequences of these phenotype changes down the molecular details.”

This study was supported with funding from the Natural Sciences and Engineering Research Council of Canada, the Swiss National Science Foundation, the National Geographic Society, the Harvard Museum of Comparative Zoology, and the Howard Hughes Medical Institute. 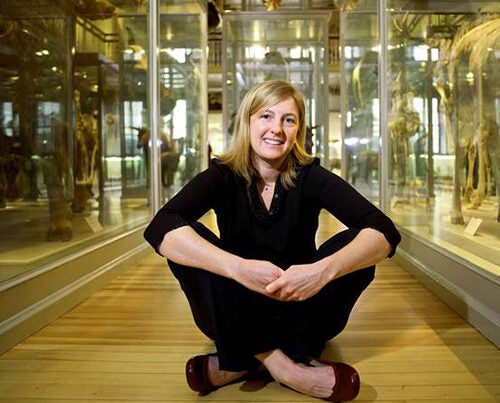 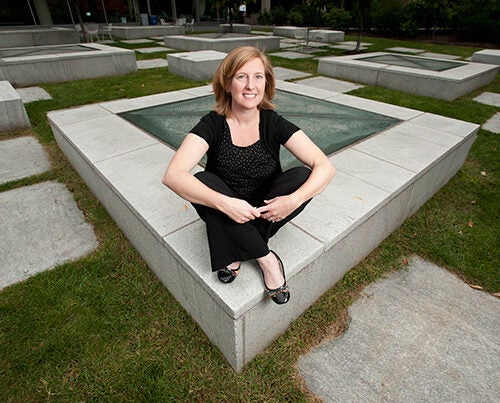