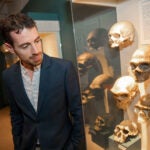 In recent years, an entirely new class of robot — inspired by natural forms and built using soft, flexible elastomers — has taken the field by storm, with designs capable of gripping objects, walking, and even jumping.

Yet despite those innovations, so-called “soft” robots still carried some “hard” parts.

In particular, said Philipp Rothemund, a doctoral student working in the lab of Woodford L. and Ann A. Flowers University Professor George Whitesides, the inflation and deflation of the robots was typically controlled by off-the-shelf pneumatic valves — until now.

Rothemund and postdoctoral fellow Daniel Preston have created a soft valve that could replace such hard components, and could lead to the creation of entirely soft robots. The valve’s structure can also be used to produce unique, oscillatory behavior and could even be used to build soft logic circuits. The valve is described in a recently published paper in Science Robotics.

In addition to Rothemund and Preston, the study is co-authored by Alar Ainla, Lee Belding, and Sarah Kurihara from the Department of Chemistry and Chemical Biology, Zhigang Suo from the Kavli Institute for Bionano Science & Technology, and Whitesides. 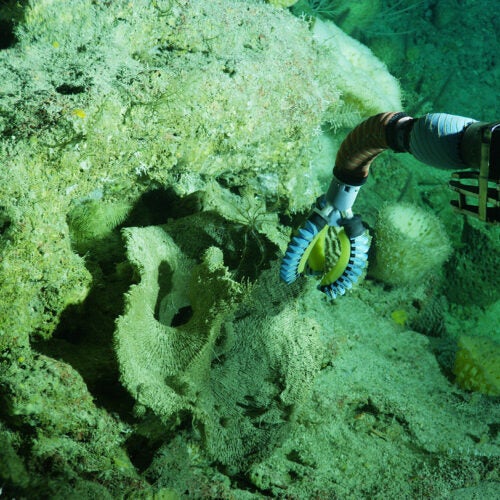 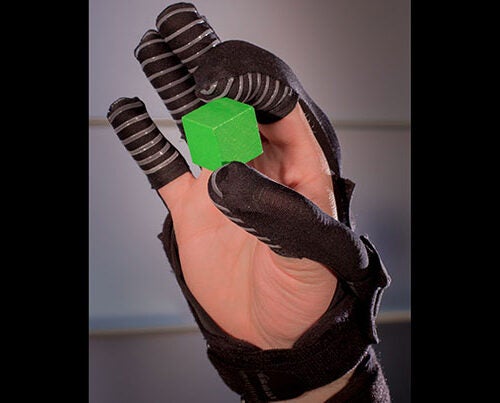 “People have built many different types of soft robots … and all of them in the end are controlled by hard valves,” Rothemund said. “Our idea was to build these control functions into the robot itself, so we wouldn’t need these hard, external parts anymore. This valve combines two simple ideas — first, the membrane is similar to ‘popper’ toys, and the second is that when you kink these tubes, it’s like when you kink a garden hose to block the water flow.”

The valve demonstrated by Preston and Rothemund is built into a cylinder that is separated by a silicone membrane, creating an upper and lower chamber.

Pressurizing the lower chamber forces the membrane to pop up, and releasing the pressure causes it to pop back down to its “resting” state. Each chamber also contains a tube that can be kinked when the membrane switches orientations, effectively turning the valve on or off.

In some ways, Preston and Rothemund said, the valve represents a new approach to soft robotics.

While most work in the field thus far has focused on function — building robots that can grip or act as soft surgical retractors — Rothemund and Preston see the valve as a key component that could be used in any number of devices.

“The idea is that this works with any soft actuator,” Rothemund said. “This doesn’t answer the question of how do you make a gripper, but it takes a step back and says many soft robots work on the same principle of inflation and deflation, so all those robots could use this valve.”

Preston and Rothemund were able to adapt the valve to perform some actions, such as gripping an object, autonomously.

In one demonstration, Rothemund explained, the valve was built into a multifingered gripper, but a small vent was added to allow air pressure to escape the valve’s bottom chamber. When the gripper was lowered onto a tennis ball, however, the vent was closed, causing the bottom chamber to become pressurized, activating the valve, and putting the gripper into action.

“So this integrates the function into the robot,” he said. “People have made grippers before, but there was always someone standing there to see that the gripper was close enough to activate. This does that automatically.”

The team was also able to build a “feedback” system that, when fed by a single, steady pressure, caused the valve to rapidly oscillate between states.

Essentially, Preston said, the system fed air pressure through the top chamber and into the bottom. When the valve popped into the raised position, it cut off the pressure, allowing the bottom chamber to vent, releasing the pressure and causing the membrane to return to the down position, starting the cycle again.

“We took advantage of the fact that the pressure that causes the membrane to flip up is different than the pressure that’s required for it to flip back down,” he explained. “So when we feed the output back into the valve itself, we get this oscillatory behavior.”

Using that behavior, the team was able to build a simple “inchworm” robot capable of locomotion based on a single valve receiving a single input pressure.

“So with one constant pressure, we were able to get this walking motion,” Preston said. “We don’t control this walking at all — we just input a single pressure and it walks by itself.”

Going forward, Rothemund said, more work needs to be done to further refine the valve so it can be optimized for various uses and various geometries.

“This was just a demonstration with the membrane,” he said. “There are many different geometries that show this type of bistable behavior … so now we can actually think about designing this so it fits in a robot, depending on what application you have in mind.”

Preston also hopes to explore whether the valve — because it is always in one of two states — could be used as a type of transistor to form logic circuits.

“It’s kind of like a transistor in a way,” he said. “You can have an input pressure come in and switch what the output is going to be … in that sense we could think about this almost like a building block for a completely soft computer.”