A bridge for foster youth 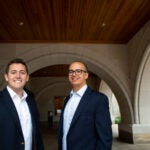 The Ash Center for the Democratic Governance and Innovation at Harvard Kennedy School (HKS) has named Works Wonders, a job-training and placement initiative for foster youth in Rhode Island, as this year’s winner of its Innovations in American Government Award.

Works Wonders won the award, which comes with a $50,000 prize, for its success in combating socioeconomic inequality and expanding opportunities to foster youth who have aged out of or are on the verge of aging out of state care. A recent study showed that participants in the program have an 83 percent completion rate and a 58 percent increase in employment compared with foster youth not participating in the program. The initiative is part of Foster Forward, a Rhode Island nonprofit that supports foster youth and families.

“Works Wonders is an outstanding program that helps foster kids in Rhode Island reach their full potential,” said the state’s governor, Gina Raimondo ’93. “Through a partnership with two state agencies and Foster Forward, Rhode Island is meeting a crucial need for a population that is too often underserved.”

Raimondo accepted the award at a ceremony on Wednesday at the state house in Providence.

The Ash Center’s award recognizes models of government innovation that help address some of nation’s most pressing public concerns. This year’s cycle focused on initiatives that had success creating prosperity and opportunity for people often left behind in communities.

A population like foster youth fits the bill. Data shows that youth in the foster care system — who total around 400,000 — are at greater risk for incarceration, unemployment, low educational achievement, poverty, homelessness, and mental health problems.

The Works Wonders initiative fills the gap between traditional workforce development programs and employers to help foster youth not only get but keep jobs so they can move up the socioeconomic ladder. It provides foster youth, ages 16 to 21, access to skills training, career coaching, experiential learning opportunities like internships and job shadowing, and job placement. It also supports them as they progress in their education or jobs, turning them toward potential careers.

“[The program has] been wonderful for me,” said Tobias Bear, a former Works Wonders participant who is now a student at Roger Williams University and a member of Foster Forward’s Youth Leadership Training & Empowerment Board. “The program gave me a lot of life skills. It’s helped me [become] the person I am today.”

“Rhode Island’s Works Wonders is an exemplar of how a range of stakeholders can come together to identify and meet the needs of an underserved group,” said Stephen Goldsmith, Daniel Paul Professor of the Practice of Government and the director of the Innovations in American Government Program.

“The award selection committee was unanimous in voting for Works Wonders as this year’s winner,” Goldsmith said. “This particular program, which has done so much good to help young adults get jobs and move on as productive citizens of the state of Rhode Island, is the most extraordinary program we have seen in a long time.” 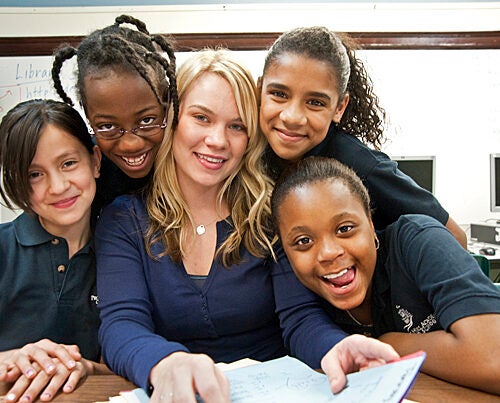 Kim Snodgrass has a plan to help other foster children thrive