Stepping inside a dead star 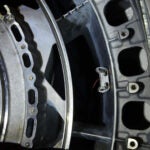 Cassiopeia A, the youngest known supernova remnant in the Milky Way, is the remains of a star that exploded almost 400 years ago. The star was approximately 15 to 20 times the mass of our sun and sat in the Cassiopeia constellation, almost 11,000 light-years from earth.

Though stunningly distant, it’s now possible to step inside a virtual-reality (VR) depiction of what followed that explosion.

A team led by Kimberly Kowal Arcand from the Harvard-Smithsonian Center for Astrophysics (CfA) and the Center for Computation and Visualization at Brown University has made it possible for astronomers, astrophysicists, space enthusiasts, and the simply curious to experience what it’s like inside a dead star. Their efforts are described in a recent paper in Communicating Astronomy with the Public.

The VR project — believed to be the first of its kind, using X-ray data from NASA’s Chandra X-ray Observatory mission (which is headquartered at CfA), infrared data from the Spitzer Space Telescope, and optical data from other telescopes — adds new layers of understanding to one of the most famous and widely studied objects in the sky.

“Our universe is dynamic and 3-D, but we don’t get that when we are constantly looking at things” in two dimensions, said Arcand, the visualization lead at CfA.

The project builds on previous research done on Cas A, as it’s commonly known, that first rendered the dead star into a 3-D model using the X-ray and optical data from multiple telescopes. Arcand and her team used that data to convert the model into a VR experience by using MinVR and VTK, two data visualization platforms. The coding work was primarily handled by Brown computer science senior Elaine Jiang, a co-author on the paper.

The VR experience lets users walk inside a colorful digital rendering of the stellar explosion and engage with parts of it while reading short captions identifying the materials they see.

“Astronomers have long studied supernova remnants to better understand exactly how stars produce and disseminate many of the elements observed on Earth and in the cosmos at large,” Arcand said.

When stars explode, they expel all of their elements into the universe. In essence, they help create the elements of life, from the iron in our blood to the calcium in our bones. All of that, researchers believe, comes from previous generations of exploded stars.

In the 3-D model of Cas A, and now in the VR model, elements such as iron, silicon, and sulfur are represented by different colors. Seeing it in 3-D throws Cas A into fresh perspective, even for longtime researchers and astronomers who build models of supernova explosions.

“The first time I ever walked inside the same data set that I have been staring at for 20 years, I just immediately was fascinated by things I had never noticed, like how various bits of the iron were in different locations,” Arcand said. “The ability to look at something in three dimensions and being immersed in it just kind of opened up my eyes to think about it in different ways.”

The VR platforms also opens understanding of the supernova remnant, which is the strongest radio source beyond our solar system, to new audiences. VR versions of Cas A are available by request for a VR cave (a specially made room in which the floors and walls are projection screens), as well as on Oculus Rift, a VR computer platform. As part of this project, the team also created a version that works with Google Cardboard or similar smartphone platforms. In a separate but related project, Arcand and a team from CfA worked with the Smithsonian Learning Lab to create a browser-based, interactive, 3-D application and 360-degree video of Cas A that works with Google Cardboard and similar platforms.

“My whole career has been looking at data and how we take data and make it accessible or visualize it in a way that adds meaning to it that’s still scientific,” Arcand said.

VR is an almost perfect avenue for this approach, since it has been surging in popularity as both entertainment and an educational tool. It has been used to help medical staff prepare for surgeries, for example, and video game companies have used it to add excitement and immersion to popular games.

Arcand hopes to make Cas A accessible to even more people, such as the visually impaired, by adding sound elements to the colors in the model.

Reaction to the VR experience has been overwhelmingly positive, Arcand said. Experts and non-experts alike are hit by what Arcand calls “awe moments” of being inside and learning about something so massive and far away.

“Who doesn’t want to walk inside a dead star?” Arcand said. 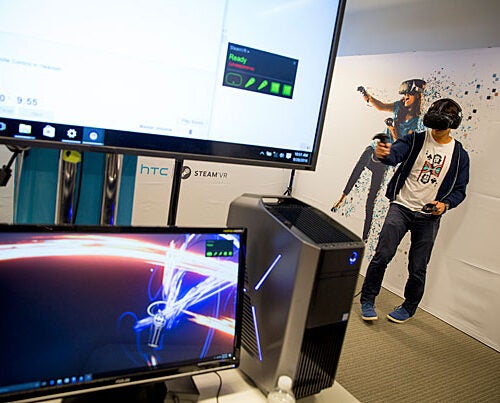 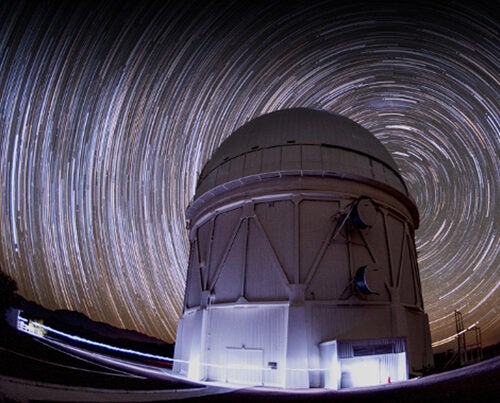