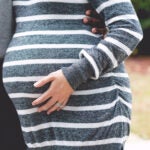 Moving forward, even slowly, puts your goals within reach

As the holiday music fades and the time to pay the resolutions piper comes due, let Harvard experts make the transition a little easier. Don’t know where to start? You can try the 1 percent performance improvement method. Stressed at the prospect of a lifestyle change? Practice mindfulness and find out how meditation can lead to a “better brain” in just eight weeks. Want to extend that? Learn what 80 years of Harvard research has to say about living a longer and happier life.

Still not sure what will suit you best? Pick a topic from the Harvard T.H. Chan School of Public Health’s Nutrition Source, where you’ll find advice that goes far beyond your plate and that first cup of coffee in the morning.

The key is to choose your New Year’s resolution, and make it happen. MacKenzie Kassab, a former contributor to the Division of Continuing Education’s Professional Development website, put together a 12-month plan for making — and keeping — resolutions filled with the advice of experts from Harvard and beyond.

This is it: the time to think ahead about where — and who — you want to be this year.

“I don’t think there’s such a thing as a goal too big,” says Margaret Andrews, president of Mind and Hand Associates consulting firm and an instructor for the Harvard Division of Continuing Education.

So reach for the stars! But remember, even astronauts have to contend with bad weather. “You have to think about your ecosystem,” Andrews says. What external factors could prevent you from reaching your goal?

You might resolve to eat healthy foods and lose five pounds around your midsection. That’s reasonable enough. But how will you cope with those 3 o’clock sugar cravings? What will you do when your oblivious spouse stocks the cabinet with cookies and chips? Is there something beyond your control that could be a barrier to success? Keep it in mind, but don’t get discouraged.

“Consider what you need to start doing or stop doing, and anticipate obstacles,” Andrews says. “If you don’t think about it now, then you’ll have no willpower in that moment.” Have a strategy in place, and you’ll be on your way to reaching that goal in no time.

February: Commit to a process

You’ve set your sights on a goal. Now, devise a plan.

Entrepreneur and author of “Atomic Habits” James Clear recently told Inc. magazine that simply setting a goal is the first step on the road to unhappiness.

“You’re essentially saying, ‘I’m not good enough yet, but I will be when I reach my goal.’ The problem with this mindset is that you’re teaching yourself to always put off happiness and success until the next milestone is achieved,” Clear says.

Instead, he suggests focusing on a process, not the end result. Deconstruct your goal into productive, workable actions.

Finding a new job is a common resolution. But the hunt can be daunting. To make it more manageable, establish a schedule: send out two résumés a week, or attend one networking event a month.

By celebrating small victories, the journey becomes as meaningful as the destination.

“There’s no one-size-fits-all solution when it comes to motivation,” Andrews says. “Some people go whole hog, and others ease themselves in. You really have to know yourself and what works for you.”

This is the time to explore what lights your fire. If your goal is to run a marathon, you might find the most encouragement in rewarding small wins. Reach 10 miles, book yourself a massage.

If that doesn’t work for you, see if a picture of Usain Bolt on the refrigerator is enough to keep you moving. Explore tactics until you find one that fits, and don’t be afraid to get creative.

If your ambition is waning, proclaim your intentions from the rooftops. Text friends, email close colleagues, or call your mom.

“When we advertise our desire to change, we are openly risking failure, putting our reputation and self-respect on the line,” says Marshall Goldsmith, executive coach and author of “Triggers.” “It’s the difference between betting on ourselves with hard-earned cash and settling for a friendly no-money wager.”

Encouragement is a positive byproduct — most people will want to see you succeed, and some may even offer support or guidance.

May: Question everything you’re doing

One of Goldsmith’s “magic moves” for changing behavior is daily self-questioning. He suggests composing a list of queries that encourage reflection.

There are no rules, other than tracking progress with the same questions each day, and just one suggestion: starting each question with “Did I do my best to …”

“This phrase injects personal ownership and responsibility into the Q&A process,” he says.

You’re halfway through the year, and your goal is in sight! Or perhaps not. If things aren’t going as planned, reconsider your strategy and be honest about what your resolution is worth to you.

“Someone I know was trying to lose weight, and she was told she’d need to cut out her nightly glass of wine,” Andrews says. “She knew herself well enough to say, ‘That’s a pleasant part of my life, and I’m not willing to give it up.’ She found other ways to compensate.” Look at which tactics have been less effective to this point, and explore other ways of reaching your goal. Maybe you add 15 minutes to your workout but keep the pinot noir.

Tweaking your expectations might also be acceptable. “You may want to be the weight you were at 18, but are you really willing to do everything required to get there?” asks Andrews. Fitting into a snug pair of jeans from last year might be a reasonable compromise, especially once you’ve seen what success demands.

There’s a reason support groups exist for everything from addiction to breastfeeding: There’s power in numbers. Social support can be instrumental to accomplishing goals.

“Hang with the right crowd and their success can inspire us to think, ‘If they can do it, I can too!’” says Piers Steel, the researcher behind “The Procrastination Equation.”

Find an organization whose mission aligns with yours, whether it’s Weight Watchers, Habitat for Humanity, or the Society of Women Engineers. A gap in the market is a great excuse to create your own goal-oriented group, which might be just a handful of colleagues sharing professional growth strategies over dinner. “Giving up or continuing to strive — both are contagious,” Steel says.

All goals, personal or professional, require adequate energy. Unfortunately, things like stress, caffeine, alcohol, and late nights can sap stamina. Willpower and motivation are often the next to go.

A lifestyle overhaul is extreme, but minor changes add up. First, purge your living or workspace of distractions, whether that means clearing clutter from your desk or uninstalling the Facebook app from your phone. Steel advises “strategically allocating” limited energy reserves. Less mess, literal or figurative, equals more mental focus.

Next, determine when you’re most efficient, and dedicate part of that time to meeting your goal. Are you a morning person striving to become fluent in French? Put on Radio France Internationale while getting ready for work. Is your head clearest in the afternoon? Pull out les leçons on your lunch break.

And don’t neglect your mental and physical health. “Your energy stores are a limited resource, so actively replenish them,” Steel says. That means nurturing your well-being — and getting a good night’s sleep.

Close your eyes. Now, imagine meeting your goal. Are you holding a gold medal? A bigger paycheck? A jaw-dropping baked Alaska? According to Steel, “The detailed mental re-creation of a performance engages mirror neurons that engrave the act in your brain almost as deeply as if you were actually practicing it.”

The next — and most important — step is called mental contrasting: visualizing where you are today, with an empty trophy case, bank account, or oven. “The result will be that your present situation becomes framed as an obstacle standing in the way of your dreams,” says Steel.

Contrasting where you are and where you want to be sparks exactly the motivation most people need to spring into action.

Bill Gates reads a reported 50 books a year. In fact, the Microsoft co-founder is so passionate about reading that he started the GatesNotes blog to post reviews of his favorite titles. “Shoe Dog,” by Nike’s Phil Knight, is at the top of the list. “Knight opens up in a way few CEOs are willing to do,” writes Gates. “He tells his story as honestly as he can. It’s an amazing tale.” And an inspiring one, even for one of the world’s most powerful men.

Books and movies can provide the encouragement we can’t always get from people around us. “Rocky” gives hope to the underdog. “The Pursuit of Happyness” suggests that anything’s possible. Search for plots that strike a chord. “The most effective [biographies] will resonate with your own background,” Steel says.

Not everyone can plow through a book a week, but motivational speeches and podcasts stream from all corners of the internet. “Great athletes, heroes, and entrepreneurs regularly speak about their experiences,” says Steel. “Seek them out.”

Get inspired on your morning commute, and you’ll be surprised what you can accomplish throughout the day.

Another of Goldsmith’s magic moves is asking for help. “Few people will refuse your sincere plea,” he says. “Asking for help sustains the change process, keeps it moving forward.”

When you hit a stumbling block, call on friends who’ve accomplished similar goals or on your professional mentor. Most people will be honored you came to them for support.

And when you’re ready to wave the white flag, call in the experts. There are resources to support just about every ambition, from amateur cooking classes to professional development programs. Even Beyoncé worked with a vocal coach to reach her goal of world domination.

The end of the year is a time to reflect on progress toward your goal or to pat yourself on the back for achieving it.

Is there any shame in not fulfilling a resolution? “It depends on the goal,” says Andrews. “If it’s to stop doing something abusive to yourself or someone else, it’s probably not a good one to give up on. Or it might turn out your goal wasn’t really what you were going after. You know what? It’s your life, and you get to decide that. Failure isn’t failure if you learn something from it. It’s just a way station on the way to success.”

Contemplate this year’s obstacles and processes, and rework your strategy for next year. There’s rarely a deadline for prosperity.

Develop your personal plan for meeting your resolutions with a 12-month worksheet you can download here.