One election winner: the pollsters 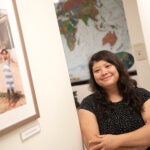 Back to Myanmar with fresh insights

It’s debatable whether the midterm elections delivered a demonstrably better night for Democrats than Republicans. But it was inarguably a big win for pollsters, said FiveThirtyEight founder Nate Silver at Harvard’s Political Analytics Conference.

“The narrative after 2016 was that polls are full of it,” he said during a discussion Friday with Lynn Vavreck, professor of American Politics and Public Policy at the University of California, Los Angeles. Silver’s website was one of many that forecast a likely win for Hillary Clinton in the last presidential election (though by a smaller margin than most), and the conference explored how polling has been further refined since then.

“This was the best year for polling since 2008,” he said. “Not only is polling not broken, but I think that the media should be writing that story. Everyone who wrote the ‘polling is broken’ stories in 2016 is being irresponsible by not writing about how polls have nailed it in 2018.” As he pointed out, FiveThirtyEight never claimed that Clinton would win, only that the odds were in her favor.

“What we do is extremely analogous to reporting,” he said. “I still design all our elections models. I am still running the code. Keeping track of the polls is a full-time job, in the same category as vigorous reporting. Any good journalism requires hard work. I think life is a battle between lazy people and people who work hard.”

Vavreck pressed Silver about a Twitter post he made that criticized multilevel regression and post-stratification, or MRP, a popular research method based on state-level opinions and demographic attitudes. “We have a lot of ways to get 80 percent toward an answer, and MRP is one way to get the other 20 percent. I would say that MRP can be good, but it’s overrated too. It’s the Carmelo Anthony of election polling,” he said, invoking his roots as a sports handicapper.

“As political figures, specifically those on the right, question the veracity of the returns, it becomes more important to show the way the votes come in.”
— Nate Cohn

The morning’s first panel, “Measuring & Mapping the Midterms,” included Nate Cohn and Amanda Cox of The New York Times. During the election, their column The Upshot introduced live polling, displaying results in real time — an innovation that moderator Kirk Goldsberry of ESPN and FiveThirtyEight credited with “changing the very experience of polling.”

Live polling, Cox and Cohn said, was partly a response to increasing demand for accurate poll data, from public and politicians alike. “As political figures, specifically those on the right, question the veracity of the returns, it becomes more important to show the way the votes come in. If something unexpected happens, it’s important to show how the process works,” Cohn said. Yet he noted that sometimes the polls are more sophisticated than the elections themselves. “We live in a decentralized country where [some] elections are being administered by underfunded counties. That’s true of some big ones in Florida, let alone rural Mississippi. That’s not a problem that is going to solve itself.”

Cox added that live polling reflects the fluid nature of elections. “If you see a poll with one candidate being one point ahead, that doesn’t mean more than the other candidate being one point ahead. You may know that’s true, but you don’t really feel it in your heart.” Live polling, she said, makes the fluctuations easier to take in. Still, Cohn noted, some political realities are difficult to convey in polls — particularly gerrymandering, which frustrates attempts to create a readable map.

In a panel later that day, gerrymandering was examined as an example of applied data analytics. Allison Riggs of the Southern Coalition for Social Justice traced the history of North Carolina’s 12th Congressional District, which was drawn in the early ’90s so that the area’s African-American population would be reflected in elections. The district was redrawn following a Supreme Court decision in 2016, prompting more debate and making the district friendlier to Republican candidates.

Tufts University mathematics professor and Evelyn Green Davis Fellow at the Radcliffe Institute this year, Moon Duchin said that Massachusetts, where the practice began, is largely gerrymander-proof: However you slice it, the state’s Republican population is still not strong enough to create a Republican congressional district. “There are several trillion ways you could do it, more than there are particles in the galaxy,” she said. “And none of them sends a Republican to Congress.” 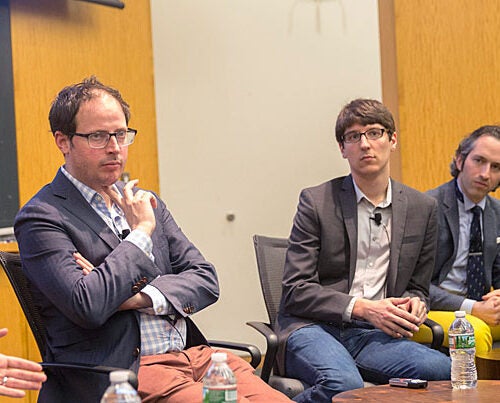 The puzzle in politics and polling