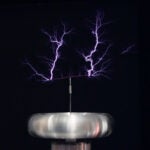 The spark behind ‘Frankenstein’

U.S. Army Cpl. Arthur Briggs Church, 32, was killed on a French battlefield during an attack on Germany’s fortified Hindenburg Line on Sept. 28, 1918.

Marine Lt. Carleton Burr, 26, was leading his men in an advance on the battlefields of Picardie, France, when he was struck and killed by shrapnel on Sept. 20, 1918.

And in the skies over Chamery, France, on Bastille Day 1918, Lt. Quentin Roosevelt, the 20-year-old son of President Theodore Roosevelt, was shot down and killed in a dogfight with a flock of German planes.

Church, Burr, and Roosevelt, who all died in the final months of World War I, are just three of the 372 students, alumni and faculty whose names are engraved on the granite walls of the Memorial Room in Harvard’s Memorial Church.

The Great War left an enduring legacy on the Harvard campus. The Memorial Church, its bell, and the Memorial Room are all testaments to the sense of loss the University community felt in its wake.

“The Memorial Room commemorates the Harvard men who died in World War I, and to whom the church is dedicated,” said Edward Elwyn Jones, Gund University organist and choirmaster. “The Memorial Church holds such a prominent place on Harvard’s campus, and it is first a church dedicated to peace, but also to sacrifice. I think it is wonderful for us, especially this year, to be mindful of that sacrifice.”

Over the next several weeks, Memorial Church will commemorate the 100th anniversary of the end of the war with a series of performances featuring the music and composers of the era. The performances, which will all take place in the church sanctuary, are free and open to the public.

The concerts offer a teaching moment about the war’s impact. The carnage decimated a generation, including its artists. The English composer Parry, for example, lost many of his former students, Jones said.

“I talk a certain amount to our students about the history of the war itself, but also the artistic endeavors and reactions to the war,” he said. “Many artists and musicians fought during the war and many lost their lives. But the ones who were left behind were deeply affected by it. Parry’s reactions to the war are very visceral and we hear that in the music.”

That deep sense of loss and sacrifice also permeates the Memorial Church, which was dedicated in 1932 to honor those in the Harvard community killed in World War I.

Inscribed at the top of the wall of the Memorial Room are the words of Harvard President A. Lawrence Lowell, who also donated the church’s bell: “While a bright future beckoned, they freely gave their lives and fondest hopes for us and our allies that we might learn from them courage in peace to spend our lives making a better world for others.”

The Memorial Church recognizes the service and sacrifice of all Harvard veterans, especially during Veterans Day weekend. The walls of the sanctuary are dedicated to more than 1,000 members of the Harvard community who died in World War II, the Korean War, and the Vietnam War.

The Rev. Jonathan L. Walton, Plummer Professor of Christian Morals and Pusey Minister in the Memorial Church, said every time he steps into the church sanctuary and the Memorial Room he is reminded of the words of the Rev. Phillips Brooks, the longtime rector of Boston’s Trinity Church and namesake of Harvard’s Phillips Brooks House.

“‘How carefully most men creep into nameless graves, when occasionally one or two forget themselves into immortality,’ Brooks wrote,” Walton said. “Etched on the walls are the names of men and women who were able to live a life that was worth living because they found a cause and a purpose greater than themselves. We continue to honor their service, their sacrifice, and their memory.”

On Sunday, members of Harvard ROTC will speak at the Faith & Life Forum at 9:30 a.m. in the Buttrick Room. The Commemoration of Benefactors and of the War Dead will take place during the Sunday Service beginning at 11 a.m. Former Massachusetts Gov. Deval L. Patrick will preach. The church will also be open on Veterans Day from 8 a.m.–5 p.m. Morning Prayers, which begin at 8:30 a.m., will feature U.S. Army veteran Richard Martinez ’21.