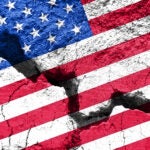 The opioid crisis competes with the economy as the most pressing issue in rural America, according to a new poll conducted by NPR, the Robert Wood Johnson Foundation, and Harvard T.H. Chan School of Public Health. Experts met at the Chan School on Friday to assess the poll’s implications and propose solutions in a panel discussion moderated by NPR correspondent Joe Neel.

Robert Blendon, professor of health policy and political analysis, described the results as both surprising and disturbing.

“If you’re in the polling world, you rarely ever hear people say that the biggest problem in their community is a health problem,” he said.

But the U.S. opioid crisis is now so widespread that one of every four respondents knew someone who was affected. The data on drug use shows clear overlap with economic problems.

“Fifty-five percent of people said that the economy where they lived was fair or poor,” Blendon said. “So these are people looking across the street and not seeing a very hopeful point of view.”

Yet there is some optimism, as half of those interviewed said that they believe many problems could be addressed within five years. What citizens are hoping for, Blendon said, are long-term solutions — improved health care, strong public schools, and solid work opportunities.

“They want something that really sticks,” he said.

Former Ohio Gov. Ted Strickland said that he wasn’t surprised by the findings, as his state loses 14 people a day to drug addiction. “It is a huge problem and in my judgment, it has not been sufficiently recognized as such.”

While citing the need for robust treatment programs, Strickland emphasized that the crisis is tied to other issues.

“Housing issues, transportation issues, food insecurity problems — all of these are characteristic to rural areas and I think related to the opioid problem.”

“The opioid crisis is really a symptom of a lot of other deep-seated issues, including the economy,” he said, adding that jobs alone will not solve the problem.

“Business attraction in and of itself is not the panacea for communities,” Terrell said. “People want to live in viable communities that have strong physical infrastructure, strong and robust schools.”

Katrina Badger, program officer at the Robert Wood Johnson Foundation, went a step further, pointing to studies that illustrate how the social stability of a community affects its health and economic strength.

“We know from research that social connectedness — between families and neighbors, looking out for each other in times of need — really leads to longer lives and better health and well-being.”

One positive development, the panel noted, is strong public support for drug treatment, rather than imprisonment — a marked change from attitudes during the crack epidemic of the 1980s.

“Minority communities believe that the first epidemic, which impacted them more greatly, got a different response from the president on down,” Blendon said. “But [we learned that] filling prisons didn’t solve the problem.”

To make inroads against the opioid crisis, the country needs to implement a comprehensive plan of training, treatment, and education, the panelists agreed. Strickland recalled once picking up a hitchhiker while driving to teach a class; the man turned out to be on his way to treatment for addiction.

“He told me he had just gotten out of prison,” Strickland said. “He told me he was alienated from his daughter. He said to me, ‘I wish I had a car because it would be easier to get a job.’ I think about that fellow a lot. I think he illustrates part of the problems that people in rural areas face.”