Forum plots a ‘Pathway’ to careers in music or entertainment 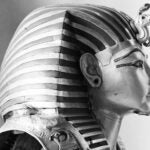 But when it comes to the best way to a career in the music or entertainment industries, Harvard students and alumni have some other ideas — and they shared them at the Office of Career Services’ Music & Entertainment Pathways forum on Nov. 8.

The panelists turned the old chestnut on its head, telling the audience that today the key to get their first break in an entertainment career may be network, network, network. Nick Hornedo ’19 said persistence and countless emails helped him snag a summer production internship at “The Late Show with Stephen Colbert.” He said building relationships in the business is important, because knowing someone who already has connections in the industry helps a lot.

Connections on social media count as well, especially in the music industry, where trends have shifted, the panelists said. Videoconferencing in from Los Angeles, Ryan Song ’17, a music touring assistant at United Talent Agency, added that besides an online following, musicians must also have a dynamic stage presence and a compelling live show.

Hornedo admitted the work it isn’t always glamorous at first, and can actually be a bit tedious. But the panelists said developing the drive, persistence, and connections that are the deciding factors in breaking in are worth the effort. For Ethan Karetsky, Harvard Business School Class of 2020, the most rewarding thing about working in content acquisition at Hulu came after securing a deal — when he logged onto the internet to see the content live, and read the audience’s reactions.

La’Toya Princess Jackson is a master’s of liberal arts candidate in dramatic arts at Harvard Extension School. She will graduate in 2019. She is the owner of LaPrincess Music Publishing and was one of the forum’s panelists.