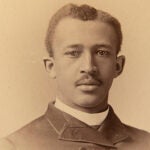 Conversations surrounding the 2016 U.S. presidential election often involve references to “fake news,” Russian interference, data breaches, and the impact of various social media platforms on the divisive outcome. A new book from researchers at the Berkman Klein Center (BKC) that has its origins in a three-year study of the media ecosystem surrounding the election disrupts this narrative.

“Network Propaganda: Manipulation, Disinformation, and Radicalization in American Politics,” by Yochai Benkler, the Berkman Professor for Entrepreneurial Legal Studies at Harvard Law School and faculty co-director of BKC; Robert Faris, the research director at the center; and Hal Roberts, a fellow there, provides a comprehensive study of the media ecosystem surrounding the race.

“The idea of this book was to wrestle — really starting just after the election, even though the work started far before that — with what just happened? What the heck just happened in our country, to our media system, to our democracy?” Roberts said at a book talk on Oct. 4. The talk was moderated by Martha Minow, 300th Anniversary University Professor at Harvard.

A major contribution of the book is what the researchers call an “asymmetric polarization” model that stems from their research on partisan media ecosystems. The model, created with data from the media sources most cited during and after the election period, shows that left-wing media outlets are more closely aligned with centrist media outlets, and right-wing media sources are much more skewed and “are operating in their own media world,” Roberts said. The researchers found that this pattern was evident during the election and was even more pronounced during the first year of Donald Trump’s presidency.

Asymmetric polarization was consistent across different platforms; it was found in analyses based on cross-media linking and in media sharing patterns on Twitter and Facebook.

“There are clearly two sides, and those two sides are not the same. The right is more insular; it’s more extreme; it’s more partisan,” Faris said of the findings. “That’s not a subjective opinion; that’s an empirical observation. And much of what we try to do in this book is to document that and understand what it means and how it’s reflected in different behavior.”

The three-year study, which ran from April 2015, the start of the election cycle, until November 2017, captured the first year of the Trump presidency. The research draws on 4 million online media articles sourced from Media Cloud, a joint project between BKC and the MIT Media Lab, but also includes data from offline media coverage, and from social media platforms such as Twitter and Facebook, among others. The researchers also draw on previous work on media consumption trends and trust in institutions to contextualize their findings.

In addition to studying current media ecosystems, “Network Propaganda” also explores the history of political communications in the U.S. and the rise of different trends, such as radicalization, and the creation of a market for outrage.

“We go through a good bit of the media history and describe how changes in technology, changes in law and regulation, and changes in political culture all worked to reinforce each other in a long-term feedback effect to change the fundamental economics of the outrage industry,” Benkler said. The trio trace that market from its genesis in the 1960s to the rise of Rush Limbaugh in the early 1990s and the creation of Fox News.

“Network Propaganda” examines media coverage surrounding major events, and topics of media coverage during the election time span, including disinformation and how it was spread and consumed. The book also examines spikes in media coverage, like the one at the start of Robert Mueller’s investigation into foreign interference in the 2016 election. Case studies illustrate the researchers’ findings throughout the book, offering in-depth analysis of how trends in partisan media evolved to their present state, and how media outlets are grappling with concerns of trust.

“The thing that most surprised us, and to us seems to be most contrary to the prevailing narrative of the moment, is that it’s professional mainstream media — both in its professional centrist model, and in its highly commercially successful right-wing model — [that] is the scaffolding on which everything else is built,” Benkler said.

“Network Propaganda” is an open-access title and available to read for free online.

This article first appeared on the Harvard Law Today website.