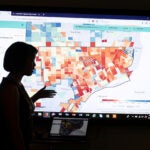 Whether we like it or not, the public is increasingly turning not to their elected officials, but to the heads of major corporations for leadership on important and difficult issues. Perhaps because of partisan gridlock, perhaps because politicians seem to pay more attention when Big Business talks, rightly or wrongly, people expect today’s CEOs to pick up the ball.

That’s both good and bad for society, according to Brad Smith, Microsoft’s president and chief legal officer.

“I think it’s not only good, but fundamentally important that companies have a conscience,” he said during a talk with Harvard Business Review editor Adi Ignatius last Thursday about the rise in corporate activism. The discussion was part of HUBweek, the innovation and ideas festival launched in 2014 by Harvard University, The Boston Globe, Massachusetts Institute of Technology, and Massachusetts General Hospital.

People, especially younger workers, want to work for businesses that operate conscientiously, and as companies expand globally, particularly those in creative and intellectual property sectors, it becomes not just a nice thing to do, but an imperative for corporate survival. “You better have a conscience,” Smith said. 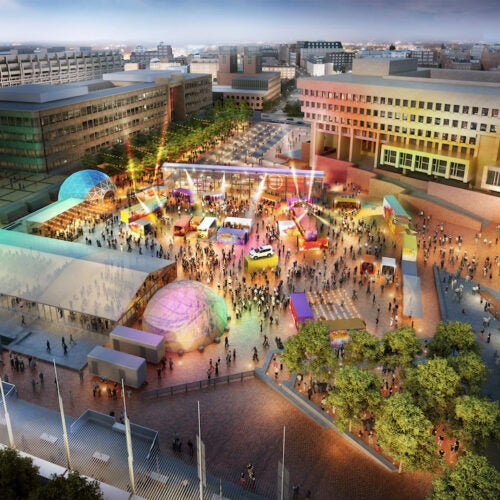 But there’s a downside, and things have gotten “a little out of balance at the moment,” Smith said. Corporate executives are not elected representatives and therefore shouldn’t wield vast social or political influence, nor should corporations make decisions about whether they will be regulated. That’s still the job of Congress, the president, and other government officials, he said.

How and when companies will use their voice to take a stand on an issue requires careful consideration, he said. It cannot be only in reaction to social media pressure.

“Few questions require more thought … than [the] question of when do you use the company’s voice and when do you not,” Smith said.

On looming issues like the impact and ethics of artificial intelligence (AI), Smith said the technology industry has to play a constructive role in anticipating and addressing the direct and indirect spillover effects it will have on the workforce and on society. Because “every ethical issue in the history of humanity is now an ethical issue for computers” in computer decision-making, exploring potential unintended consequences of AI will require an interdisciplinary approach that connects computer science, STEM, engineering, and — surprise — the liberal arts to get through what are bound to be “some rocky times” in the coming decade.

Much like the long-ago debate over cameras in the public sphere, Smith said that with innovations like facial-recognition software, companies need to think about the privacy implications of what they’re developing.