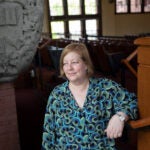 We live in a country where 75 percent of the populace can name all Three Stooges, but fewer than half can identify a single Supreme Court justice. Former U.S. Sen. Bob Kerrey made that observation early in Friday’s Harvard Institute for Learning & Teaching (HILT) conference, “Implementing the Science of Learning to Advance the Art of Teaching.” For Kerrey, that statistic is the perfect proof that the nature of education needs to be rethought.

The three goals of the annual conference are to promote dialogue across Harvard’s campuses about education innovation, to provide examples of experimental approaches and research studies that generalize across academic fields, and to expand the network of Harvard constituents who are improving educational practice.

Both Kerrey and another guest, Stephen M. Kosslyn, have been involved with San Francisco’s Minerva Schools at the Keck Graduate Institute, which aims to replace traditional classroom education with a cognitive learning approach geared to critical thinking and reasoning. Kerrey is Minerva’s executive chairman and Kosslyn its founding dean in 2012.

To begin the keynote plenary session at Wasserstein Hall, moderator Claudine Gay, dean of Harvard’s Faculty of Arts and Sciences, invoked a quote from “Academically Adrift” by Richard Arum and Joseph Roska, a book that inspired some of Minerva’s work: “Remarkably little learning happens on most college campuses.” Both panelists were then asked if they agreed with the quote.

“The one thing we can be sure of is that things will change,” Kosslyn said. “And we need to teach students how to adapt to the changes around them. Artificial intelligence is on the rise, but not everybody is going to become a data geek. The human part is still central. So what do people do that would be really hard to automate?” The answer, he suggested, was in “softer skills” such as leadership, negotiation, and creative analysis. “We should be teaching the kind of things that are not likely to be displaced by AI.

To that end, he said, students at Minerva are prompted to complete “real world” experience. “We have no labs, no beakers, and all the classes are taught via platforms on computer. What we care about is that students might (instead) get some experience in a real lab, like over the summer, where they might actually do some experiential learning,” Kosslyn said.

Students, he suggested, should behave more like Harvard professors, doing real-life research to augment their classroom learning. “The deal is to figure out how to systemize that, how to build it into the DNA so it is part of the institution.”

Kerrey said that he was particularly interested in teaching students to be part of a democratic society. This, he said, also involved critical thinking and creative argument. “Learning something that requires you to confront an audience that disagrees with you — that’s one of the central challenges of democracy.”

During a breakout discussion afterward, Kerrey was asked if he considered Harvard to be part of a “bubble” of New England higher education. “I don’t think we should be defensive about living in a New England bubble, other than that I’m a Yankee fan,” he responded. “The great thing about Harvard, and all of higher education, is that knowledge gets disseminated, it becomes available. That means you don’t need to be teaching the same laws of thermodynamics that I learned 20 years ago.”

The senator also re-emphasized the need for broad-based creative discussion. In one of many literary references, he noted that T.S. Eliot, a Harvard alumnus, was a young man when he wrote “The Love Song of J. Alfred Prufrock,” one of the great screeds about advancing age. “If you went to Washington and took 100 random people out of their offices, the median age would be in the late 20s. One of the most difficult things for young people is to engage with people older than themselves, and we need to encourage younger people to have these discussions.”

Harvard President Larry Bacow’s opening remarks at the conference emphasized the need to meet new educational challenges. “Working with technology has forced us to think much harder about how we organize information. The faculty is focused in a very deep way on how we can help our students learn, how we can adapt our teaching. And I think we’re a much better institution as a result.”

The seventh annual conference hosted more than 300 faculty members, academic professionals, students, and researchers with representation from all Harvard Schools.

While the first set of breakout sessions continued the morning plenary discussion, giving attendees an opportunity to ask pointed questions and reflect on faculty and student implications for building an intentional university, the second set of concurrent breakouts provided an outlet for participants to gain insights, resources, and strategies to apply learning science principles in their own contexts.