Reflections on the ‘Queen of Soul’ 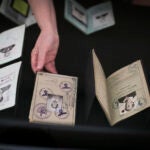 Aretha Franklin’s musicianship and mastery dominated her era; members of the Harvard community ponder why

Her sound was as singular as her name.

Aretha Franklin defined the fusion of gospel and R&B known as soul music, singing about love, lust, and heartbreak with a woman’s wisdom at a time when the polished, G-rated cooing of Motown dominated pop airwaves in white America. An accomplished pianist as well, she was a chart-topping star who also championed traditional Gospel and political songs by African-American composers. She often worked with musicians whose top-flight talent was nonetheless overshadowed by her often-imitated, never duplicated voice.

Franklin, who died Thursday at her home in Detroit from pancreatic cancer, was among the most important musical artists of the 20th century. She was 76.

Crowned the “Queen of Soul” in 1967 just as she began to rack up a long string of hits for Atlantic Records — including “Think,” “(You Make Me Feel Like) A Natural Woman,” and “Chain of Fools” — Franklin more than lived up to that title during her six-decade career. A child prodigy, her outsized voice and piano playing brought her national attention even while touring in gospel revues with her musical father, the Rev. C.L. Franklin.

Whether transforming Otis Redding’s macho entreaty “Respect” into an anthem of both black empowerment and feminist liberation, or reworking Burt Bacharach and Hal David’s polite supper-club fancy “I Say a Little Prayer” into a sultry exaltation, or leading a choir through gospel favorites and making the landmark “Amazing Grace” (her top-selling album), she moved seamlessly among pop, R&B, gospel, and blues and with her distinctive phrasing seemed to make any song her own. She also was a skilled vocal arranger, often directing her own sisters, who sang background on those Atlantic classics like “I Never Loved a Man (the Way I Love You).”

She won 18 Grammy awards, a Kennedy Center Honors, the National Medal of the Arts, induction into the Rock & Rock Hall of Fame, and the Presidential Medal of Freedom. She performed for Presidents Jimmy Carter, Bill Clinton, and Barack Obama and sang at the Rev. Martin Luther King Jr.’s funeral service in 1968.

Harvard also recognized Franklin’s contributions, presenting her with an honorary Doctorate of Arts in 2014 during the 363rd Commencement. Dressed in her crimson robe, Franklin opened the Morning Exercises with a moving and memorable performance of the National Anthem, accompanying herself on the piano.

The Gazette spoke with Harvard scholars and others about Franklin and her wide-ranging legacy. Here are their comments.

Aretha Franklin was the voice and face of a new genre of American popular music: soul music. Soul was a phenomenon because it represented a crossover genre, black music moving from the segregated market, like much of rhythm & blues was, into the American popular culture mainstream. And the person driving that movement was Aretha Franklin herself.

The man who wrote “Precious Lord, Take My Hand,” Thomas A. Dorsey, was criticized for introducing blues elements into black sacred music, for example, in “Precious Lord.” But the truth is, the relationship between the black secular and the black sacred was the relationship between Saturday night and Sunday morning: The musical structures stayed the same, and the words changed. Blues and gospel were the flip sides of the same coin. And we see the same thing in Aretha Franklin’s music. So there was a ready audience literate in listening to the musical structures already because of the importance of the church. And when the music became secular, people just went along with it.

Aretha’s a genius; she’s the sound of an era. By the time she did “I Never Loved A Man” [1967], the Civil Rights Movement was almost over, and it was Black Power that was emerging, so I see her more as the voice of the emerging Black Is Beautiful/Black Power movement after 1966, but in a mainstream way. “Respect” became the anthem of the Black Is Beautiful movement. Everyone sang that. That was applicable to an individual — African-American, the African-American women’s movement, the larger African-American political movement. And in terms of self-esteem, what we all want is respect.

W.E.B. Du Bois described the spiritual, rhythmic cries of African-Americans as the most beautiful expression of human experience ever produced in this nation: “the singular spiritual heritage of the nation and the greatest gift of the Negro people.” The guttural cries of joy, uplifting moans of sorrow, and spiritual buoyancy of a downward blue note are just a few of the seemingly contradictory elements of the gospel blues. Aretha Franklin typified the best of this tradition and shared it with the world.

Ms. Franklin was always first and foremost a gospel singer. Some may have felt that she transitioned from the music of her father’s church to the world of R&B. But many, including the Rev. Franklin himself, rejected that view. Aretha Franklin shattered the thinly constructed binary between the sacred and secular, which diminished the power of black spiritual expression. Like congregants in New Bethel Baptist on Sunday mornings, her music reconciles spiritual strivings and physical satisfaction. Her unique riffs and unmistakable cries gave voice to the complexity of life and love, heartbreak and physical affection.

This soulful expression is gospel music at its best. This tradition is Aretha Franklin. Whether singing in church, before an orchestra, or the National Anthem at Harvard’s Tercentenary Theatre, her voice captures the ups, downs, longing, heartbreak, joy, and pains of life.

Aretha Franklin is a true genius, though she seldom has been talked about in these terms, as women aren’t generally given that label. In historical accounts, she has often not been portrayed as an agent in her own career, but as the product of the decisions of men: [producer] Jerry Wexler, her husbands. Yet I tell my students that her musicianship and impact on the genre of R&B is as strong, if not stronger, than that of James Brown. She is the “Queen of Soul”; he is the “Godfather.” Although it is difficult to compare two geniuses, I remind my students that Aretha sings circles around Brown. His contribution is in the development of the funk groove, more than in his vocals.

She both sings and plays the piano. The fact that she plays amazing piano is sometimes a revelation to my students. This is to emphasize her complete musicianship, which women cast as “only” singers often don’t get credit for. I have the students try to sing along to her original recording of “Dr. Feelgood” to show them how amazing her phrase timing is. They often have difficulty anticipating where she will begin. I emphasize her crediting listening to her father’s preaching style as giving her sense of timing.

“Aretha Franklin is a true genius, though she seldom has been talked about in these terms, as women aren’t generally given that label.”
— Ingrid Monson

Assistant professor of music and the Stanley A. Marks and William H. Marks Assistant Professor at the Radcliffe Institute

Aretha Franklin infused virtually every performance with the essence of black ecstasy, of which gospel is paradigmatic. While her “Amazing Grace” album is an absolute treasure, one of my favorite performances was the 2015 Kennedy Center honors, which captures a sense of absolute freedom, shot through with the kind of soulful lament that arises from the distance between American ideals and oppressive realities.

In “A Natural Woman,” brief, almost parenthetical moments of ethereal delight — “Oh, yes”— access the multivalence of ecstasy, in romance and religion. Aretha Franklin’s kinetic musicality — on voice and on piano — recalls the pyrotechnic vocality of her father, Rev. C.L. Franklin.

Director of the Harvard Commencement Office from 1992 to 2016

Among the myriad responsibilities Scheibner had to juggle while overseeing Harvard’s Commencement for 24 years was making sure that the event’s honorands and Commencement speakers were well looked after. In 2014, Scheibner’s duty during Morning Exercises was to attend to Franklin, who was on campus to receive her honorary doctorate.

“I am a child of the ’60s, and Aretha was my all-time favorite. When I heard she was coming to campus, I was absolutely enthralled,” recalled Scheibner, now retired. “I can still remember how she looked and what she told me.”

Scheibner greeted the singer, dressed elegantly in an off-white bouclé suit and heels, at Johnston Gate and took her hand through the celebratory chaos of the Yard that morning to Massachusetts Hall, where Franklin was to slip into her honorands’ cap and gown before joining the processional to Tercentenary Theatre, where she would perform “The Star-Spangled Banner” to open the festivities.

But just before Scheibner could spirit Franklin behind the cordoned-off doors, the singer suddenly stopped.

“And she said to me, ‘Grace, I don’t want to go inside just yet.’ She stood in front of Mass Hall with all of the photographers in front of her, but she wasn’t standing there for that purpose. She was looking straight ahead at University Hall with the crimson banners hanging from it. She said, ‘I want to take this in as a memory.’ This visit to receive this honorary degree was such an honor for her that she wanted to capture every moment. It made me proud because Harvard means so much to me. It overwhelmed me with emotion. She was sincerely moved at being there.”

These interviews were lightly edited for length and clarity.