Another challenge pays off 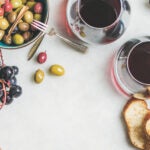 Michael Martin came up with the idea for an app to modernize emergency calls after two frightening incidents in 2012 taught him that calling 911 from a cell phone doesn’t always give first responders a traceable location.

First, Martin was almost mugged in New York City. As he tried to call for help, he realized that it was easier to get an Uber than to call 911. Then his father fell off a ladder as he was trying to clear snow off the roof, breaking his wrist and shattering a hip, and was unable to summon help.

Martin’s plan to dial 911 and send location data to first responders simultaneously with the push of a cell phone button took five years to realize. In June, Apple announced in a press release that the RapidSOS app, developed by Martin, as CEO, and his co-founder, MIT nuclear engineer and CTO Nick Horelik, will power Apple iPhones to deliver emergency location data to 911 dispatchers.

For Martin, M.B.A. ’15, a graduate of Harvard Business School (HBS), success is sweet.

“By the end of the year, we should be able to provide life-saving data for around 80 percent of U.S. 911 calls,” said Martin. “It is really going to be powerful.”

The 911 call system is nearly 60 years old and was created to work with landlines. When a call is placed from a landline, first responders can locate the address associated with the phone number immediately, but when the call is made from a cell phone, it may not be possible. According to the Federal Communications Commission, about 70 percent of 911 calls are now made from cell phones, and every year a few thousand of those calls can’t be traced to a location.

“There will be thousands of lives saved each year directly because of the app, but there is no way we could have gotten this far without Harvard’s support,” said Martin. “We would have just been a couple of kids with an idea.”

Martin’s idea was incubated at The Harvard Innovation Labs, where he found advisers, office space, investors, and plenty of resources to help give his brainchild life. In 2015, RapidSOS won the President’s Innovation Challenge, Harvard’s flagship annual contest for entrepreneurs, and the $70,000 grand prize.

The i-lab was created seven years ago to nurture students’ interest in innovation and entrepreneurship, said Jodi Goldstein, executive director of the Harvard Innovation Labs. The challenge motivates students from all Schools to come together to solve the world’s big problems, she said, and interest continues to grow. Since 2011, more than 1,000 ventures have been incubated.

“It really is astounding,” said Goldstein. “It speaks to the Harvard student body and their interest in having an impact on the world.”

Last year, there were 460 applications to the President’s Innovation Challenge. Past winners include a life-sciences company hoping to develop the next generation of vaccines, a venture that creates wearable hydration sensors for athletes, and a startup founded by military veterans and Afghan farmers to bring sustainably-farmed saffron to customers around the world.

Next year, the total prize money, funded by the Bertarelli Foundation, will be $410,000.

The Harvard Innovation Labs’ ecosystem includes the i-lab for current students interested in innovation and entrepreneurship, the Launch Lab for alumni working on startup ventures, and the Pagliuca Harvard Life Lab for students, faculty, and alumni working on life sciences and biotech startups.

Martin credits Harvard’s supportive environment as the main reason he was able to build his startup and launch RapidSOS. The support helps students explore their creativity, learn new skills and risk failure — an important lesson in the life of an entrepreneur, said Goldstein.

“We try to create a place for experimentation, collaboration, and idea and team formation,” said Goldstein. “Students see a problem, a light bulb goes off, and they experiment with solutions, and we support them. Many don’t choose to be entrepreneurs and don’t continue to work on their ideas, but they’re forever changed. It’s a life-altering experience.”