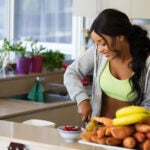 The industry calls them SSBs. You know them as sugar-sweetened beverages, and they’re one of the many ways that an overload of sugar enters the average person’s diet. They were just one of the sugar-coated problems addressed when health and science experts met at Harvard Medical School to discuss the effects of sugar — in all its forms, including the ubiquitous high-fructose corn syrup — on health and public policy.

“How has the knowledge of the metabolic effects of sugar affected policy? What gaps are there in our knowledge of dietary intake of sugar? And, what is the real effect of sweeteners on us? We are trying to identify gaps in our knowledge and inform a policy to move ahead and improve public health,” Harvard Medical School (HMS) Professor of Medicine Steven Grinspoon said before Wednesday’s and Thursday’s symposium, which he co-organized.

Giving the keynote speech at 19th annual Harvard Nutrition and Obesity Symposium, “Epidemilogic, Physiologic, and Policy Considerations of the Sugar Epidemic,” Duke University Professor Kelly Brownell addressed the gap between scientific research and its impact on policy. “You can liken it to a relay race: We think that our work will have the magical effect of someone picking it up from us. But we’re really bad at passing the baton,” he said.

Brownell called for a new model of “strategic research” that would target scientific work at “change agents” such as legislators, courts, the press, the public, and the food industry. As an example of how this can work, he said when fast-food restaurants were required to post their menus’ calorie content and other nutritional information, the industry lobbied for an exemption for drive-through windows. Brownell, then at Yale University, parked outside a local McDonald’s and counted the number of drive-through customers, who seemed to outnumber those inside the restaurant. He then commissioned a formal study and found that drive-through accounted for 60 percent of fast-food business. As a result of his study, the exemption was denied.

Another case involved misleading labeling, the speakers said, was when in 2009, the food industry launched a “smart choices” label for food packaging, which touted that a given product was high in nutritional value. The problem, Brownell said, was that the industry made these determinations itself. Though the American Society of Nutrition had a grant to administer the program (and lend it legitimacy), it wasn’t making the selections.

“It was very self-serving,” Brownell said. “For example, the cereal industry had tough guidelines for salt, and pretty lax ones for sugar,” which meant that even a sugar-heavy cereal like Cocoa Krispies could go out with a “smart choices” label.

Knowing he couldn’t directly confront the industry, Brownell instead contacted Connecticut Attorney General Richard Blumenthal, who sent letters to the nutrition society asking for records of how the products were vetted and what criteria were used.

“If he’d contacted the food companies, they would have just taken time and stalled it. But societies are less used to hearing from attorneys general,” Brownell said.

Blumenthal’s letters dovetailed with a New York Times article that criticized the “smart choices” program, and the combination of the article and investigation turned public sentiment against the program. “Smart choices” was killed off only six weeks after it was introduced.

The average American consumes 22 teaspoons of added sugar a day and sodas are not the only culprits, according to event co-organizer Frank Hu.

Wednesday’s symposium also featured a talk by Barry Popkin, a food science researcher at the University of North Carolina who tracks worldwide trends in policies affecting sugar marketing. He said that while some countries, such as Mexico, have instituted a sugar tax, the best results have been seen in Chile, where the government has aggressively regulated food marketing. Sugary products cannot be advertised on children’s television, the packaging cannot use kid-friendly characters, and clear ratings are included on packages.

“When you have preschool kids seeing these symbols on a product, and telling their mothers they shouldn’t buy it, you know you’re seeing a shift in norms,” Popkin said.

Event co-organizer Frank Hu, the Fredrick J. Stare Professor of Nutrition and epidemiology chair, Department of Nutrition, at the Harvard T.H. Chan School of Public Health, followed Popkin with a report on the relation between sugary foods, particularly SSBs, and epidemiology. He said evidence shows a clear link between soda and childhood obesity, and the problem continues through adulthood.

Hu said the average American consumes 22 teaspoons of added sugar a day, and sodas are not the only culprits. Fruit juices may be healthier, but are considerably less healthy than whole fruits. And sports drinks are associated with a higher BMI (body mass index), a factor that’s not alleviated by playing sports.

Grinspoon said Wednesday’s audience was broad and included “clinicians, researchers, and students at different levels.” He pointed out that there was no support from the food industry or any industry presence on the panels. “They are welcome to come as audience members, but we didn’t want to be influenced by the industry. I think we’ve got a very balanced and fair symposium,” he said.

Thursday’s panels were set to look at the metabolic effects of fructose vs. glucose (fructose causes seven times more cell damage than glucose; glucose, also known as grape or blood sugar, is present in all carbohydrates, and in excess can be fatal to diabetics), the development of sweet taste preferences in childhood, and possible “interventions” for sweetened beverage consumption.