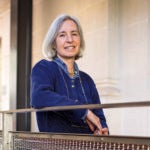 Economist Raj Chetty, whose work has illuminated the decline of American economic mobility, the impact of race on a child’s economic prospects, and other cracks in the American dream, is returning to Harvard after three years at Stanford University.

From 2009 to 2015, Chetty served on Harvard’s economics faculty, first as professor of economics and then as William Henry Bloomberg Professor of Economics. He is widely viewed as one of his generation’s most promising young economists, one who has taken advantage of recent advances in computing and statistical methodology to leverage big data and provide new perspectives on one of America’s biggest challenges: economic inequality.

At age 29, Chetty was among the youngest to gain tenure at Harvard. His new appointment, as the inaugural William A. Ackman Professor of Economics, will take effect this summer.

His work has brought him a number of honors, including in 2012 a MacArthur Foundation “genius grant” and in 2013 the John Bates Clark Medal of the American Economic Association, given to an economist under age 40 who has made “the most significant contributions to economic thought and knowledge.”

Harvard President Drew Faust, who steps down June 30, welcomed Chetty back to campus, saying his return will boost a department that has been a traditional strength at the University.

“Raj’s research has laid bare issues that require innovative approaches and urgent attention,” said Faust. “His work has provided unparalleled insight into challenges of inequality and opportunity. We are delighted to welcome him back to Harvard.”

“We are thrilled that Raj has decided to come home to Harvard,” echoed incoming Harvard President Lawrence S. Bacow. “I look forward to working with him and others as we seek to extend opportunity to all. I have great appreciation for how Raj uses the tools of economics to both understand and seek solutions for one of our country’s biggest challenges.”

Chetty said he’s making the change to be closer to Harvard-based colleagues with whom he still works, to leverage the University’s public policy expertise to help remedy the inequality on which his research focuses, and because of commitments of support for work in that field from top Harvard officials.

“There’s great scientific value in understanding what’s going on, and that has to be the first step. But we want to go beyond just shaping the conversation,” Chetty said in an interview. “What we really need to do, at the end of the day, is figure out what the solutions are.”

Harvard Economics Department chair David Laibson said Chetty’s return is a sign of progress in a long-term effort to re-energize a department that saw Chetty’s decision to leave — on the heels of several other faculty departures — as a low point but also a wakeup call.

Since then, Laibson said, Harvard’s senior leadership, including both Faust and Bacow, as well as Provost Alan Garber, Faculty of Arts and Sciences Dean Michael Smith, and FAS Dean for Social Sciences Claudine Gay, have made extensive efforts to revitalize the department, supporting new faculty hires while working toward a solution to the space squeeze in its Littauer Building home.

The department, which has the most undergraduate concentrators, also hired a number of assistant professors and celebrated its sixth Nobel Memorial Prize in Economic Sciences, awarded to Oliver Hart in 2016 “for contributions to contract theory.” Though the years have had some bumps, Laibson said he’s nonetheless encouraged by the overall progress.

“This has been a terrific period of rebuilding for us. We were feeling that momentum was very much in the wrong direction at the time Raj left,” Laibson said. “I now feel very optimistic about our future.”

Chetty has a deep history at Harvard. He received a bachelor’s degree there in 2000 and a Ph.D. in economics in 2003.

Chetty’s research seeks to understand the forces that influence whether ordinary Americans succeed or fail economically. His work involves government tax and education policy, social insurance, and human behavior. He has leveraged enormous data sets from the U.S. Census Bureau as well as anonymized tax records to explore some of the most enduring beliefs and myths about American society, from the importance of experienced classroom teachers to children’s later success to the effectiveness of social programs intended to raise children out of poverty, to the relative “stickiness” of childhood socio-economic status.

Through the Equality of Opportunity Project at Stanford, which he directs and will relocate to Harvard, he has begun pilot projects to put some of his findings to work. One study, for example, showed that some neighborhoods have higher rates of success at moving children out of poverty as they grow up.

Despite that knowledge, Chetty said poor families that receive government housing vouchers rarely move to neighborhoods statistically shown to give their children a better chance of moving up in society, even though the vouchers mean there’s no greater cost to them in doing so. Now he and his collaborators are working with the Seattle and King County housing authorities to encourage 2,000 families receiving housing vouchers to move to places that Chetty called “opportunity bargains” in the city.

“We’ll wait to see whether we’re effective in accomplishing that goal, but our sense is that could have quite a big impact on the outcomes of these kids and that could then be scaled to other programs in the U.S. — importantly — without spending more taxpayer dollars,” Chetty said. “It’s just trying to achieve better bang for the buck.” 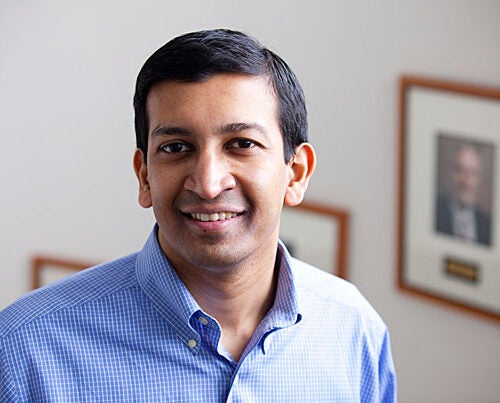 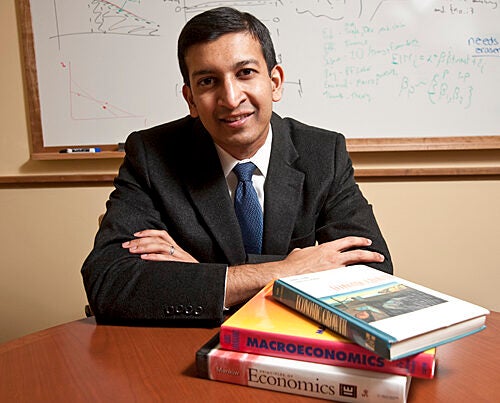 The personal side of economics

Chetty traced his interest in discovering the reality of the American dream to his own family’s journey. His parents were educated in the U.S., returned home to India, then came back here, with him and his sister in tow, seeking opportunity.

“For us and many immigrants, that’s what America’s all about,” Chetty said. “If you work hard, you can move up, you can do whatever you want. The sky’s the limit.”

His research has shown, however, that the American dream is elusive for many and increasingly difficult to attain. The research also shows that there are pockets of success where there’s greater economic mobility. If that success can be understood and replicated, it might counterbalance the nation’s increasing socioeconomic fossilization.

“What distinguishes America is the idea, or at least the aspiration, that any child of any background can succeed through hard work. And I worry, as I look at these data, that that’s really not the case,” Chetty said.

One advantage Chetty has in putting his research to work is that the overarching belief in the American dream transcends political boundaries, even if the major parties disagree on the details of possible solutions.

“Even in a politically polarized, divisive time,” Chetty said, “I am able to show the same set of slides on a given day to Paul Ryan and Elizabeth Warren and find that both of them react very positively and say: This is my agenda; this is what I really want to do.”