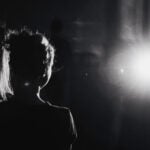 The proof is in the print

With a research focus changed by her mother’s death last fall, fellow donates a century of family papers to Radcliffe

“My family are pack rats. They saved everything. They took pictures of everything. They kept detailed journals and scrapbooks; they published articles and books; and they often were themselves the subject of articles, particularly in the African-American press.”

Patricia J. Williams, who holds the 2017–2018 Carl and Lily Pforzheimer Foundation Fellowship at Radcliffe, has donated 65 boxes (so far) of her family’s papers — spanning more than 100 years — to the Institute’s Schlesinger Library. It’s unusual for any family to collect papers over such a long period of time, but especially rare for an African-American family.

As Williams says, “Things get lost in a society as perpetually mobile as ours.” Her family is extraordinary in having the rare good fortune of being residentially stable, unusually well-educated, and incredibly long-lived.

Williams herself earned her undergraduate degree from Wellesley and her law degree from Harvard in 1975; she has been a law professor for the past 30 years. Since 1991, she has taught at the Columbia University School of Law, where she is the James L. Dohr Professor. Among her many honors is a MacArthur Fellowship, awarded in 2000. For two decades, she has published a column titled “Diary of a Mad Law Professor” in The Nation. The author of four popular books and hundreds of articles, she thinks of herself as having parallel careers: one as a law professor, the other as a writer and journalist.

Williams didn’t decide to give her family’s papers to the library — that’s simply how things evolved. Kathryn Allamong Jacob, the Johanna-Maria Fraenkel Curator of Manuscripts at the Schlesinger Library, got in touch with Williams and asked if she’d be willing to donate her own papers — “as a black feminist from a certain era,” as Williams put it. “And I thought that was a fine idea.”

Soon thereafter, Williams’ parents — in their late 90s and dealing with health problems — needed to move, so the family home in Boston was put up for sale. But before it went through, Williams investigated the attic.

“It was packed to the rafters,” she says, “and every room in the house was filled with boxes of letters and books and journals. Because we’re all writers, and we keep stuff.”

Not only was Jacob interested in the papers of Williams’ parents, but she visited Williams’ second home, on Martha’s Vineyard, to look at additional family records. Then there were the archives of Williams’ aunt Marguerite in New York, a journalist who had been on the board of governors of the Overseas Press Club and one of the original United Nations correspondents. Marguerite had willed her apartment to Williams, so that was another trove she needed to deal with.

Again, Williams chose the Schlesinger — which houses an array of African-Americans’ papers — even though her aunt had already given some of her papers to the Amistad Research Center at Tulane, a repository that specializes in the history of African-Americans and other ethnic minorities.

“What she did not give to Amistad,” Williams says, “was the personal family stuff. That’s why it felt more logical to put everything in Massachusetts, where most of the family was from at the time this archive begins.”

Williams has read only parts of the vast archive she is giving to the Schlesinger. In her application for a Radcliffe fellowship, she said she intended to study the papers and begin a narrative, titled “Gathering the Ghosts” and covering four areas: “African-American lives in Boston and Cambridge; the lives of African-American college-educated women at a time when few women of any race went beyond high school; love letters describing both intraracial and interracial romance, commitment, and marriage; and photographs of African-American family life dating from the late 1800s through the contemporary era.”

But, as often happens, things changed. This past October, Williams’ mother died, just weeks before she would have turned 100.

“She was the long memory of this project,” Williams says. “I talked to her frequently. Can you remember …? I’m very lucky to have had her as long as I did. And I realize that now I am the memory that’s left.”

Williams tells about a condolence note that Jane Kamensky — the Carl and Lily Pforzheimer Foundation Director of the library and a professor in the Department of History at Harvard — wrote to her, saying that the archive could be like an afterlife.

“I do feel that, just that phrase,” Williams says. “When I walked over to the library this morning — it was the first time I’d been back since my mother died — I thought, yes, this is going to be very comforting.”

Since her mother’s death, Williams’ idea for a long narrative with four strands has shifted. Now she plans to write a collection of related essays — a form she has used before and of which she’s a master.

“I’m going to follow my instinct and write about my mother, because that’s what is haunting me,” she says. “Some of my best writing comes when I’m in that emotionally affected place and allow myself to see what comes up.”

Williams has also thought about making larger changes. “I’m thinking about learning to be more of a historian, because this sort of research is what I truly want to do. This project has given me a passion that I didn’t know I had.”

“People underestimate how important the written word is in African-American culture,” Williams says. “They forget that the entire jurisprudence of the 20th century was about trying to integrate schools. It wasn’t just about being the black face in the classroom; it was about getting the education and using the books and machines and technology in those schools. Many African-American families guard documentation fiercely, and my family is one of them.”

Williams’ conversation — and her books — are rich with compelling stories about her family. One is the story of Old Pete, the Walkaway Slave, as he’s known in the family. Pete, Williams’ great-grandfather on her father’s side, was in his 70s when he walked away from the swamps of north Florida, where he had been enslaved.

According to family legend, Old Pete walked very, very slowly, so no one noticed. He made it to a “maroon” colony in South Carolina, where runaway slaves, Native Americans, and abolitionist missionaries lived. After settling there, he married a younger woman with whom he had eight children, all of whom survived.

Williams’ grandfather, the eldest, lived to be 96, and the other children lived to be over 100. Williams’ father was proud, she says, of helping Old Pete learn to read.

“He was just so determined,” Williams says of her great-grandfather.

A story she tells about a more recent event involves her favorite writer, the Nobel Prize–winner Toni Morrison. “I met her when my son was 5 weeks old,” Williams says. “I had contributed to an anthology she put together, and we were all on a panel. I brought my son to her and she kissed him on the forehead. So my son was baptized by Toni Morrison.”