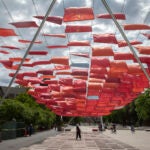 Of nearly 51 million K–12 students in the U.S., about 9 million attend rural schools. Yet despite being one-sixth of the nation’s student body, rural students, and rural education in general, are often overlooked in debates about education policy, specialists say.

During their one-year master’s program at the Graduate School of Education, Morgan Barraza ’18, Shane Trujillo ’18, and Julia Cunningham ’18, bonded over their commitment to the issue, working through the Rural Educators Alliance to foreground hurdles faced by students and teachers in rural settings. The group was co-founded by Cunningham and Carlye Sayler ’18.

“One of the missions of the group is to challenge the perceptions of rural America,” said Cunningham, who taught at an Oglala Lakota Nation school on the Pine Ridge Indian Reservation in South Dakota before enrolling at the Ed School. “Whenever anyone thinks of rural education, the picture that comes to mind for the most part is not of Native American students or black students in the South. It’s usually white Appalachia, and that’s not the whole picture.”

To shed light on the complexity of rural America, the group this spring organized a week of panels on identity, school practices, issues of gender and sexual diversity, and more.

Over the summer, the students will develop a virtual toolkit, with a list of resources, to be sent to Ed School faculty to help them cover rural education issues in their courses. The goal is to ensure that the School remains committed to addressing rural education, said Barraza, who worked as a high school teacher at the Laguna Pueblo Reservation and in Aztec, both in New Mexico.

As Barraza noted, faculty at the Ed School have supported the group’s efforts.

“Whenever anyone thinks of rural education, the picture that comes to mind for the most part is not of Native American students or black students in the South. It’s usually white Appalachia, and that’s not the whole picture.”
— Julia Cunningham ’18

“Rural schools are a lifeblood of education in the country,” said Matt Miller, associate dean for learning and teaching. “As Mara Tieken, doctoral alumna of the Harvard Graduate School of Education and leading thinker on rural education, taught me over the years, we can’t talk about rural education as ‘not urban.’ Scholars and policymakers need to understand rural communities and their educational needs on their own terms.”

Experts say rural students lack the choices and opportunities available to urban students. According to the 2017 Report of the Rural School and Community Trust, more than 25 percent of the country’s public schools are rural, but only 17 percent of state education aid goes to rural districts. The organization listed lack of resources, teacher shortages, and limited childcare and early education programs among the challenges schools face in states such as Mississippi, Arizona, Alabama, South Carolina, South Dakota, Georgia, Nevada, Florida, Oklahoma, and Alaska. 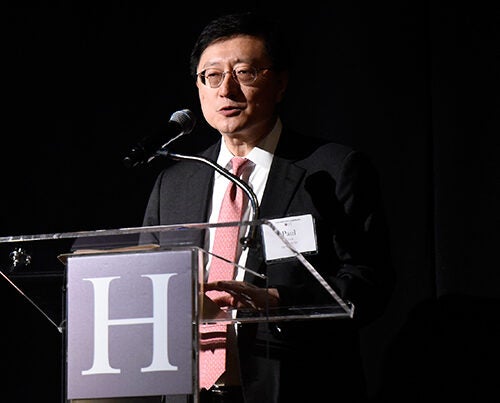 Your Harvard session in Atlanta probes ways in which system has fallen short, could improve 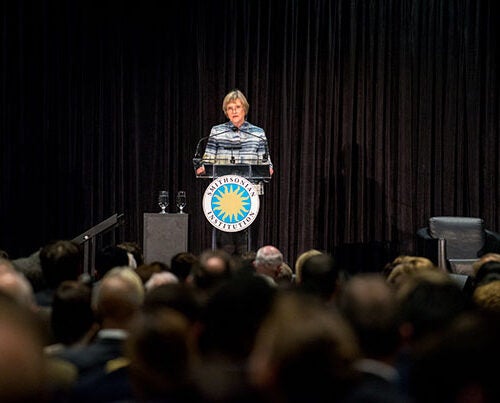 In D.C. gathering, Faust and faculty discuss the importance of equity in learning

The challenges extend to Native American students growing up on reservations or in small towns. During their time at Harvard, Barraza, Trujillo, and a handful of students joined forces to draw attention to education among Native Americans.

A member of the Laguna Pueblo and Salt River Pima tribes, Barraza co-chaired Future Indigenous Educators Resisting Colonial Education, a group founded by Adrienne Keene, Ed.D. ’14. In March, the organization held a series of events highlighting issues that affect Native American communities, from the plight of missing and murdered indigenous women to tribal justice to feminism in indigenous communities.

“We live in a culture where indigenous peoples are seen as historical figures, or if they’re contemporary representations, they’re seen as broken and we need to go and save them,” said Trujillo. “We’re trying to highlight voices that have been lost in the margins.”

Courtney Van Cleve, Ed.L. ’20, who is pursuing a doctorate in education leadership, will take the helm of the Rural Educators Alliance this fall. For Van Cleve, who has spent most of her life in Mississippi schools as a student, teacher, principal, and regional director, it’s the perfect fit.

“Rural education remains at the core of my personal and professional identity,” she said.

Change is overdue, Van Cleve said, partly because of increasingly prominent divides between rural and urban America, but mostly because rural students deserve the same opportunities as their urban peers.

“There is a real opportunity for systems across contexts to learn from each other in shaping the future of education reform,” she said.