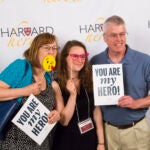 Harvard, plaintiff explain their stances in case likely to go to trial in October

Documents detailing admissions processes were made public on Friday in federal district court in Boston as part of a lawsuit targeting Harvard University’s consideration of race in its College admissions. Both sides filed motions requesting an immediate ruling in the case, which is tentatively set to go to trial in October.

The plaintiff in the lawsuit is Students for Fair Admissions (SFFA), an organization founded by Edward Blum, who has engineered a range of lawsuits in recent years targeting civil rights protections. SFFA argued in its filings that its analysis of the data submitted in discovery by Harvard, including thousands of admissions records as well as information from a series of reports compiled by Harvard’s Office of Institutional Research, shows discrimination against Asian-Americans in admissions.

Harvard’s filing denies all of Blum’s claims, stating that the statistical model put forth by SFFA is deeply flawed. The model ignores essential factors, such as personal essays and teacher recommendations, and omits large sections of the applicant pool, such as recruited athletes and applicants whose parents attended the College, Harvard says.

In addition, SFFA’s claims are unfounded, Harvard contends, because the Office of Institutional Research reports cited as evidence by the group were incomplete and narrowly compiled without the benefit of the full admissions database, and without taking into account critical aspects of the admissions process.

After analyzing six years of admissions data, incorporating “as much information as possible about the factors that inform Harvard’s whole-person admissions process,” a separate analysis by David Card, a leading economist and professor at the University of California, Berkeley, found “no negative effect of Asian-American ethnicity” in Harvard’s admissions process and no evidence of discrimination, Harvard’s filing says.

The SFFA “analysis is so unmoored from the reality of Harvard’s admissions process that, as a matter of law, it cannot justify a finding that Harvard intentionally discriminated against Asian-American candidates,” Harvard’s filing states. The document also says that Duke University economist Peter Arcidiacono, the expert enlisted to conduct the plaintiff’s research, “excluded from his analysis numerous applicants and numerous factors that are relevant to the admissions process — information that was in his [Arcidiacono’s] possession and informed Dr. Card’s more comprehensive analysis.” 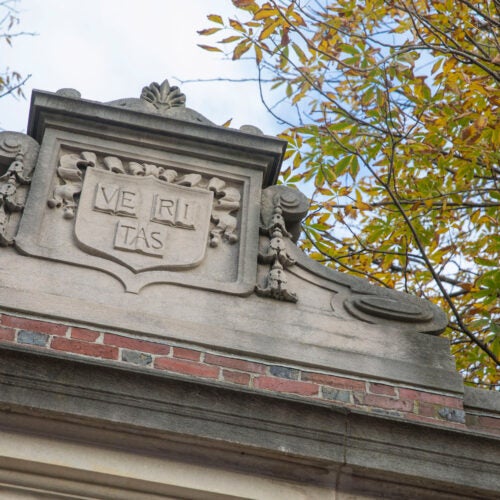 “David Card is probably the top applied micro-economist in the world — his work is airtight,” she said.  “Arcidiacono’s work is fabulous as well, but [he] did a very kind of peculiar narrow analysis, and it did not consider the whole set of applicants or the whole set of variables that go into Harvard’s shaping of a class.”

After a review of the material contained in both briefings, Dynarski discounted the value of the Harvard reports cited by SFFA and Arcidiacono, saying she found Harvard’s internal reports were much more informal and used “limited data.”

“Everything that’s in that analysis is superseded by or included in the more recent analysis, so I don’t take the internal analysis as being new evidence being brought to bear,” Dynarski said. “I see [the emphasis on this internal report] as a public relations move by the plaintiffs, if anything.”

“Mr. Blum and SFFA’s characterization of the incomplete work by Harvard’s Office of Institutional Research is completely without merit,” Harvard contended in a statement released on Friday. “As they know, this work was explicitly understood to be preliminary and incomplete, and it was done with limited admissions data. The comprehensive work done by leading economist Dr. David Card — who had access to the full admissions database — shows no evidence of discrimination.”

The University also defended itself against claims of discrimination in a statement posted on a Harvard website Friday: “Thorough and comprehensive analysis of the data and evidence makes clear that Harvard College does not discriminate against applicants from any group, including Asian-Americans, whose rate of admission has grown 29 percent over the last decade. Mr. Blum and his organization’s incomplete and misleading data analysis paints a dangerously inaccurate picture of Harvard College’s whole-person admissions process by omitting critical data and information factors, such as personal essays and teacher recommendations, that directly counter his arguments.”

Many analysts consider the various Blum-sponsored lawsuits an attempt to overturn decades of Supreme Court decisions affirming the right of colleges and universities to consider race as one of many factors in efforts to foster a student body that is diverse across many dimensions.

Within this important context, Harvard’s statement said it “will continue to vigorously defend our right, and that of other colleges and universities nationwide, to seek the educational benefits that come from a class that is diverse on multiple dimensions, from its capacity for academic excellence to its ability to help create a campus community that gives every student the opportunity to learn from peers with a wide variety of academic interests, perspectives, and talents.”

Vanita Gupta, president and chief executive officer of the Leadership Conference on Civil and Human Rights and former principal deputy assistant attorney general and head of the Department of Justice’s Civil Rights Division, called the current case “an intentional effort to end race-conscious admissions programs that are the law of the land and have been reaffirmed as the law of the land a number of times by the U.S. Supreme Court. Ed Blum has a single-minded mission, and a vendetta really, against” race-conscious admissions.

Gupta said Harvard’s whole-person admissions practice, which includes racial and ethnic diversity as one factor among many, makes “an important statement about what Harvard values in its student body — and that’s the kind of America that we want. We want an America that actually values people for diversity in all of its different meanings, and [Harvard is] preparing students for the kind of country that we are and that we deserve to be.”

The SFFA filing says that “Harvard’s admissions policy has a disproportionately negative effect on Asian Americans vis-à-vis similarly-situated white applicants that cannot be explained on non-discriminatory grounds.” The SFFA filing also contends that Harvard’s internal research reports “reached the same conclusion,” and show that “being Asian American actually decreases the chances of admissions.”

Card’s research disputes those claims. In his rebuttal, Card says that the average effect of Asian-American ethnicity is statistically insignificant, both overall and in each of the six years analyzed. “The effect [of Asian-American ethnicity] is slightly positive in three of the six years and slightly negative in three, with an overall effect (-0.05 percentage points) that — as with the effects for each individual admission class — is statistically indistinguishable from zero,” the rebuttal states.

Harvard supplied SFFA with anonymized admissions data from the fall of 2009 to the spring of 2015 that included, among other information, standardized test scores, high school grade-point averages, areas of interest, parental occupations, and details about extracurricular activities. Harvard also produced documents from that same period that included copies of the research office’s informal analyses. SFFA received the material as part of the lawsuit’s discovery process.

In a message to the Harvard community last week, President Drew Faust reasserted the University’s commitment to fostering a diverse and inclusive community of scholars and learners.

“As this case generates widespread attention and comment, Harvard will react swiftly and thoughtfully to defend diversity as the source of our strength and our excellence — and to affirm the integrity of our admissions process,” Faust wrote. “A diverse student body enables us to enrich, to educate, and to challenge one another. As a university community, we are bound across differences by a shared commitment to learning, to pursuing truth, and to embracing the rigor and respect of argument and evidence. We never give up on the promise of a world made better by an assumption revisited, an understanding expanded, or a truth questioned — again and again and again.”