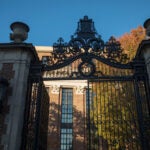 A federal court in Boston will receive motions for summary judgment on Friday in a lawsuit involving Harvard College’s admissions process that experts say could reshape the nation’s higher education landscape and undermine efforts to foster diverse student communities at colleges and universities across the country. A trial date has been tentatively set for October.

In a lawsuit filed in 2014, an organization calling itself Students for Fair Admissions (SFFA) alleged that Harvard discriminates against Asian-American students in its admissions processes. Harvard has denied the claim, saying its admissions policy is based on a whole-person review of each applicant that comports with federal law and a string of previous U.S. Supreme Court rulings.

The driving force behind the litigation is Edward Blum, SFFA’s president and chief architect of a range of lawsuits challenging affirmative action and civil rights protections, including most recently an unsuccessful attempt in Fisher v. University of Texas. After failing to eliminate the use of race as one of many factors in college admissions with the Texas case, Blum said he “needed Asian plaintiffs” and created SFFA, an organization that purports to work on behalf of Asian-Americans.

Terry W. Hartle, senior vice president for government relations and public affairs at the American Council on Education, sees the litigation as part of a “broader debate about higher education diversity and the ability of colleges and universities to decide who gets admitted. The Supreme Court has repeatedly and unambiguously said that consideration of race can be one factor in college admissions decisions; it can’t be the only factor.”

Some observers view the Harvard case as the latest attempt to strike at the heart of diversity policies more broadly, including John C. Yang, president and executive director of Asian Americans Advancing Justice | AAJC, a nonprofit whose mission is to “advance the civil and human rights for Asian Americans and to build and promote a fair and equitable society for all.” Yang, whose organization helped sponsor a 2016 national poll that found 64 percent of Asian-Americans favored efforts to ensure that people of all races and ethnicities could access higher education, said he wants to make it clear “that Asian-Americans are not a wedge in this issue.”

In a letter to the community on Tuesday, Harvard President Drew Faust reiterated the University’s commitment to diversity, and its efforts to develop a diverse student body.

“I have affirmed in the past, and do so again today, that Harvard will vigorously defend its longstanding values and the processes by which it seeks to create a diverse educational community,” Faust wrote. “We will stand behind an approach that has been held up as legal and fair by the Supreme Court, one that relies on broad and extensive outreach to exceptional students in order to attract excellence from all backgrounds.”

In its complaint, SFFA claimed Harvard uses “racially and ethnically discriminatory policies and procedures in administering the undergraduate admissions program at Harvard College in violation of Title VI of the Civil Rights Act of 1964.” Specifically, the suit alleges Harvard’s use of race in its admissions process holds Asian-American applicants to a higher standard, that Harvard engages in “racial balancing,” that it uses race as a dominant factor in its admissions decisions, and that it overlooks race-neutral alternatives when choosing which students to admit.

In response to the claims, Harvard has consistently denied that it has engaged in racial discrimination or suppressed the number of Asian-American students. Instead, the University says that it reviews every aspect of each applicant’s background and experience in order to develop a diverse student body that University officials say helps better prepare undergraduates to succeed in a society where working with people who have different life experiences, perspectives, and backgrounds is increasingly essential.

While this process puts a high value on academic excellence, “when evaluating applicants from among the large pool of academically qualified students who seek a place in the freshman class, Harvard — like many of the country’s universities — considers the whole person, not just an applicant’s grades and test scores,” notes the Harvard response.

The website also says that the share of Asian-Americans in each admitted class has grown by 29 percent over the past decade, from 17.6 to 22.7 percent, or twice the growth rate of, for example, admitted Hispanic students, whose share of the class has increased by 12 percent over that period. According to the 2010 U.S. Census, 5.6 percent of all people in the country identified as Asian, either alone or in combination with one or more other races.

According to Hartle, colleges and universities across the country engage in similar admissions practices to ensure diversity among their student bodies. The policies, he said, are based on the widely accepted view that students learn most effectively when exposed to people different from themselves.

Harvard’s admissions website says it seeks students who will “be the best educators of one another and their professors — individuals who will inspire those around them during their College years and beyond.” Harvard’s admissions process prizes academic excellence but never reduces applicants to any one factor, say administrators.

The admissions committee looks at the whole person and considers each applicant’s unique background and experiences, alongside grades and test scores, to find applicants of exceptional ability and character who can help create a campus community that is diverse in many ways — including in academic and extracurricular interests, race, and life experiences — and who can take advantage of all that Harvard offers and contribute to the learning and social environment. Factors such as life experiences, overcoming adversity, or specific talents are particularly important in deciding who will be offered admission, say administrators, adding that this comprehensive process reinforces Harvard’s long-held belief that a diverse campus community is critical to its educational mission and undergraduate experience.

A report compiled by the faculty Committee to Study the Importance of Student Body Diversity, and adopted by the Faculty of Arts and Sciences in 2016, said a Harvard education is most effective when it challenges assumptions and beliefs both in the classroom and in campus life and exposes students “to novel ideas” and “to people whose backgrounds, points of view, and life experiences are profoundly different from their own.”

“We emphatically embrace and reaffirm the University’s long-held view that student body diversity — including racial diversity — is essential to our pedagogical objectives and institutional mission,” the faculty committee concluded. “It enhances the education of all of our students, it prepares them to assume leadership roles in the increasingly pluralistic society into which they will graduate, and it is fundamental to the effective education of the men and women of Harvard College.”

David Pilbeam, a member of the committee and a former dean of Harvard College, emphasized the importance of exposing students to diversity to prepare them for the workforce.

“All our graduates are going to end up in jobs, in work, and other aspects of their lives dealing to varying extents with people who aren’t exactly like them,” said Pilbeam, Henry Ford II Professor of Human Evolution. “In that context, I think it’s actually a no-brainer to want to put together a group of young people who are diverse on lots of dimensions, including one of the more fundamental aspects of identity.”

The current case involving Harvard is the most recent in a series of lawsuits argued over the past four decades aimed at eliminating race as one factor among the many that universities can consider when choosing whom to admit. Beginning in 1978, the Supreme Court, in Regents of the University of California v. Bakke, upheld consideration of race in admissions but banned racial quotas. In his opinion, Associate Justice Lewis F. Powell Jr. cited Harvard’s admissions program as a model.

“In recent years, Harvard College has expanded the concept of diversity to include students from disadvantaged economic, racial, and ethnic groups,” Powell wrote. “Contemporary conditions in the United States mean that, if Harvard College is to continue to offer a first-rate education to its students, minority representation in the undergraduate body cannot be ignored.”

The court reaffirmed this decision in 2003 in a case involving the University of Michigan Law School.

Most recently, in 2016 the Supreme Court ruled that the University of Texas at Austin could continue to consider the racial and ethnic backgrounds of academically qualified applicants as part of a whole-person admissions review, rejecting efforts to limit the university’s freedom and flexibility to create a diverse campus community and reaffirming previous Supreme Court decisions allowing colleges and universities to consider race as one factor in their admissions processes. Abigail Fisher, a white applicant who had not been admitted and who was subsequently recruited as the plaintiff by SFFA president Blum, argued that campus diversity can be created by alternate methods. But writing for the majority, Associate Justice Anthony Kennedy noted that “the Equal Protection Clause does not force universities to choose between a diverse student body and a reputation for academic excellence.”

Assessing the 2016 ruling, Tomiko Brown-Nagin, incoming dean of the Radcliffe Institute for Advanced Study and Daniel P.S. Paul Professor of Constitutional Law at Harvard Law School, said, “Once again you had a decision upholding a state’s interest in pursuing educational diversity, and upholding the limited use of holistic admissions.” Yet given the narrow way in which the court has tailored previous rulings, Brown-Nagin added that colleges and universities “certainly should be aware that they need to not only endorse the educational benefits of diversity but show that the way in which they are implementing their mission is consistent with the law, that it’s fair, and that applicants are not being denied opportunities based on race.”

Brown-Nagin said it’s too early to tell if the current case will end up before the Supreme Court. If it were to be heard by the current justices, she thinks a ruling could depend on Kennedy, who has supported competing arguments in past cases involving race-conscious admissions. “It really will turn on Justice Kennedy,” said Brown-Nagin, “and what he’s thinking about these issues now.”

But such cases can take years to reach the high court, and if Kennedy were no longer on the bench when the case was heard, how the court might rule would be far less clear, Brown-Nagin said.

In addition to the SFFA lawsuit, the Trump administration recently opened a separate investigation into the role of race in Harvard’s admissions practices. In the spring of 2015, a group lodged a complaint against Harvard with the departments of Education and Justice regarding its use of race as a factor in its admissions. The Department of Education dismissed the case later that year. But in late 2017, the Department of Justice, led by Attorney General Jeff Sessions, resurrected the complaint and opened an investigation.