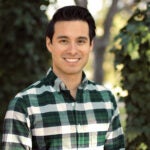 Tomiko Brown-Nagin, a leading historian on law and society as well as an authority on constitutional and education law and policy, has been named dean of Harvard’s Radcliffe Institute for Advanced Study, Harvard President Drew Faust announced today.

Brown-Nagin is the Daniel P.S. Paul Professor of Constitutional Law at Harvard Law School (HLS), a history professor in Harvard’s Faculty of Arts and Sciences (FAS), and faculty director of the Charles Hamilton Houston Institute for Race and Justice. She is also co-director of the HLS Law and History Program. She will assume her new responsibilities on July 1, succeeding Dean Lizabeth Cohen, who has led the institute since 2011.

“Professor Brown-Nagin is known for her deep intellectual curiosity and insight, as well as her analytical skills as both a lawyer and a historian. She has made significant contributions to our understanding of the history of the Civil Rights movement and, more broadly, of issues as varied as affirmative action, education law and reform, and the Affordable Care Act,” said Faust.

“This is an important moment for Radcliffe as it matures into an established and renowned institute for advanced study, with its world-class library and archive on the history of women in America, as well as its expanding role, through the Academic Ventures program, in bringing together faculty and students from across and beyond Harvard in common pursuits,” she added. “Tomiko is exceptionally well equipped to advance and build upon this important work, and I know that she will count on the insight, partnership, and support of the entire Radcliffe community as she embraces those opportunities in the years ahead.”

“Tomiko Brown-Nagin is a scholar of remarkable depth and breadth, and she has already made significant contributions to Harvard through her leadership and service,” said President-elect Lawrence S. Bacow. “I am fortunate that the timing of the search enabled me to meet with Tomiko, along with the other finalists. Radcliffe and Harvard will both benefit tremendously from the relationships Tomiko has already established at the institute and across the University. I am excited that I will have the opportunity to work with such a wonderful scholar and leader in the years ahead.”

Brown-Nagin became professor of law at HLS and professor of history in the FAS in 2012. In 2013 she was named Daniel P.S. Paul Professor of Constitutional Law and co-director of the Law and History Program. She became faculty director of the Charles Hamilton Houston Institute last year.

On the University level, she chaired the LBGTQ working group of the Task Force on the Prevention of Sexual Assault. She also has served on the advisory committee for the Graduate School of Education’s dean search, and on the search committee for a director of Radcliffe’s Schlesinger Library.

Brown-Nagin is a member of the American Law Institute, is a fellow of the American Bar Foundation, and is a distinguished lecturer for the Organization of American Historians. She has also collaborated with the city of Atlanta and the National Center for Civil and Human Rights on projects to memorialize the history of the Civil Rights movement.

“I am honored and excited to have the opportunity to lead the Radcliffe Institute, whose mission to bring scholars together across disciplinary and professional boundaries I enthusiastically embrace,” said Brown-Nagin. “Radcliffe plays a vital role at Harvard and in the world, and I look forward to working with the institute’s excellent staff to promote its mission and support its endeavors.”

“Tomiko Brown-Nagin is a brilliant legal historian who is deeply committed to the project of interdisciplinary work. In her time at Harvard Law School, she has been a wonderful teacher of our students, superb leader of the Charles Hamilton Houston Institute, and invaluable institutional contributor,” said John F. Manning, the Morgan and Helen Chu Dean and Professor of Law at HLS. “At Radcliffe, Tomiko’s capacity to bring people together will lead to wonderful opportunities for collaboration and engagement across fields. I will miss having her at HLS full time but am delighted for Radcliffe, the University, and the broader scholarly community.”

Brown-Nagin is the author of “Courage to Dissent: Atlanta and the Long History of the Civil Rights Movement” (Oxford University Press, 2011), which won the prestigious 2012 Bancroft Prize in American History.

Her latest book, “The Civil Rights Queen: Constance Baker Motley and Struggles for Equality” (forthcoming from Pantheon Press), will examine the life of the African-American Civil Rights lawyer, politician, and judge. A pioneering female lawyer, Motley was a member of the legal team that won the landmark Supreme Court case Brown vs. Board of Education that resulted in desegregation of the nation’s public schools. The book will situate Motley’s life and work in the context of the rising influence of blacks and women in electoral politics and in their increasing access to the professional workplace. Brown-Nagin worked on the project while she was Radcliffe’s 2016-2017 Joy Foundation Fellow.

Before coming to Harvard, Brown-Nagin was the T. Munford Boyd Professor of Law and professor of history at the University of Virginia, where she began as a faculty member in 2006. There, she was co-director of the university’s Legal History Colloquium from 2008-2012 and was a member of the lateral appointments committee.

Before turning to academia full-time, Brown-Nagin clerked for Judge Robert L. Carter of the U.S. District Court for the Southern District of New York (1997-1998) and for Judge Jane R. Roth of the U.S. Court of Appeals for the Third Circuit (1998-1999). She was the Charles Hamilton Houston Fellow at Harvard Law School in 1999-2000. From 2001-2003, she was an associate in the litigation department at the firm of Paul, Weiss, Rifkind, Wharton & Garrison.

“I am absolutely delighted that Tomiko Brown-Nagin will lead Radcliffe into its next chapter,” said Cohen. “She embodies the intellectual rigor, genuine curiosity, and collaborative spirit that are at the heart of Radcliffe’s unique mission as Harvard’s Institute for Advanced Study, and she combines this with the outstanding insight, judgment, and integrity of a distinguished leader. She already knows Radcliffe well, having been a fellow here in 2016-17, having researched at the Schlesinger Library, and having participated in institute public events in Cambridge and on the road. She also embodies Radcliffe’s mission to bring the University’s Schools together as One Harvard, with her own joint appointment in the Law School and the history department. I could not be happier to leave the institute in Tomiko’s more-than-capable hands.”

Cohen announced in October that she would step down as dean at the end of this academic year. An authority on 20th-century U.S. social and political history as Harvard’s Howard Mumford Jones Professor of American Studies, Cohen plans to take a year’s sabbatical and then return to teaching and research.